Hepsiburada, which has entered the NASDAQ stock market, where the world’s largest technology companies are located, shared its third quarter financial results yesterday. The company announced that total sales reached 6.5 billion Dollars , up 49.8% compared to the same period last year . It was stated that the number of orders placed through the platform increased by 71.5% compared to the same period of the previous year and reached 13.8 million.

Hepsiburada stated that the number of active customers increased by 26% on an annual basis to 10.7 million, the number of products increased by 107% to 77 million and the frequency of orders per customer . Although it has announced that it has increased to 4.4 with an increase of 21% , the decline in its shares has still not been stopped. After the announcement of these results, Hepsiburada’s shares lost more than 9% in value. 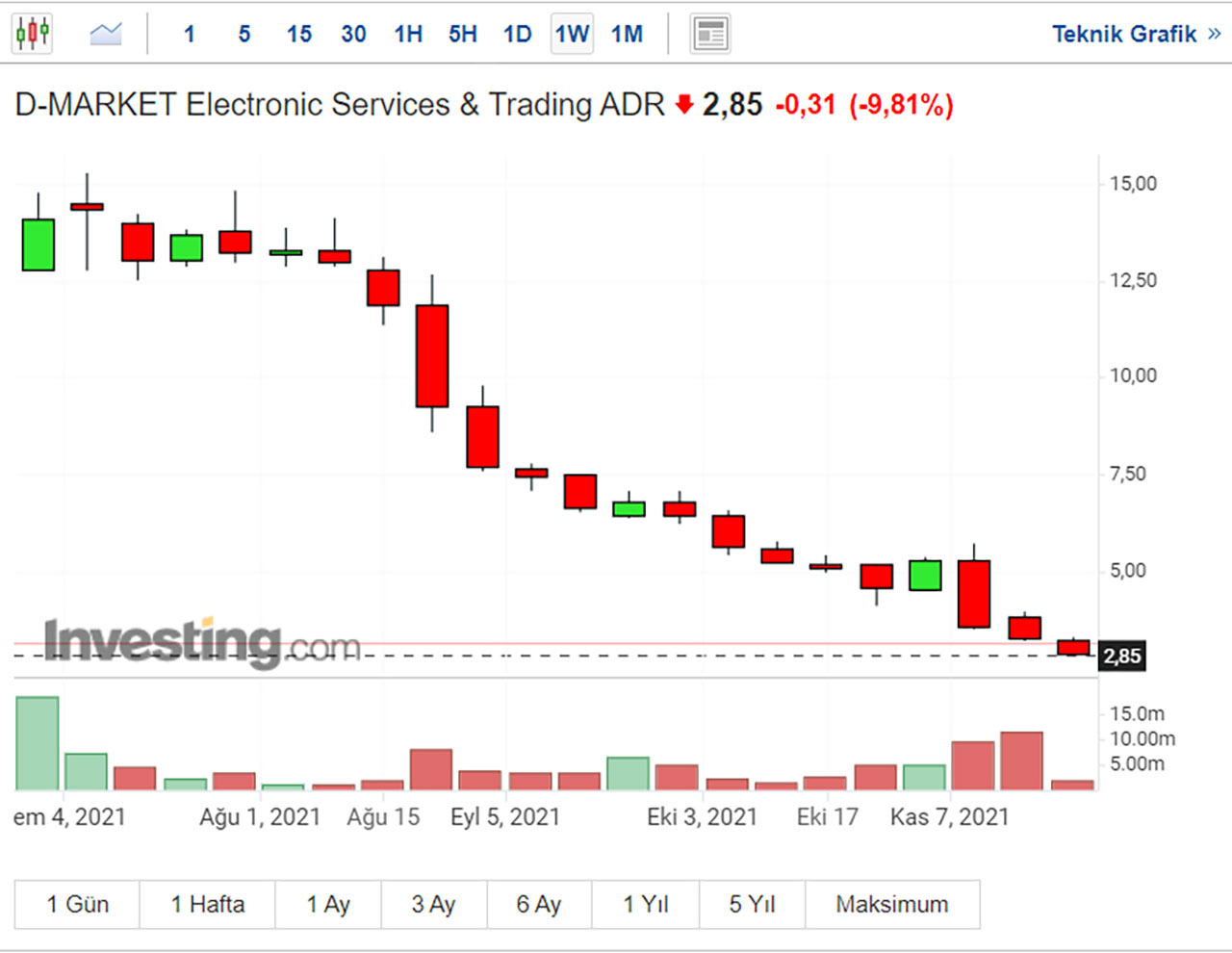 Hepsiburada, which is listed on the stock exchange with the abbreviation HEPS was listed on the NASDAQ on July 1, 2021 at $12 per share . The value of the company, which entered the stock market with a market value of 4 billion dollars, unfortunately continues to decline since its opening day. The value per share of Hepsiburada closed the day with 2.85, down 9.81% after the financial results last night .

An investigation was launched in the past months:

With the decline of Hepsiburada’s per share value to $8.97 in recent months, two law firms in the USA are trying to protect their investors. He opened an investigation against Hepsiburada.