Although my first dream was to build a media player with my XBOX Series X console as I mentioned in the title of this article, the Xbox’s built-in media player does not support some lesser known formats and lacks some key features. It also crashes frequently when subtitles are turned on. This pushed me to use my beloved console only in games for now.

As a media player, I wanted to give Intel Hades Canyon NUC a chance, which I have been using as a desktop computer for a while. In terms of Hades Canyon features, the media player fits well into the computer profile. It has a small case with a volume of 3 liters, a 4-core processor from Intel Kaby Lake architecture and AMD’s Vega M GH graphics card. This video card unfortunately does not allow much gameplay other than 1080p / medium-low settings, but it has high bitrate, 10bit, HDR. More than enough to play mkv files without stuttering.

Unfortunately, by default the Windows environment is not suitable for using your computer as a media player. First of all, it’s not easy to output multi-channel audio such as Dolby Digital Live and DTS Interactive 5.1 over SPDIF (optical audio output) with the internal Realtek audio cards. Though this is more of a problem with the default Realtek drivers than Windows. Also, Windows’ media players carry HDR metadata. Unable to play mkv files.

My Samsung Q95T 65 ″ TV and Logitech Z906 5.1 with my audio system HDR and Dolby 5.1 supported. Since I wanted to experience my MKV movie archive at the highest quality, I did a long research and found solutions to these problems.

If you also have a high-end HDR supported TV and 5.1 & 7.1 sound system with Dolby or DTS support, if you are looking for a media player that will allow you to experience the movie library in your hand in the best way supported by your hardware, read on e.

The application I recommend for this job is MPC: HC (Media Player Classic: Home Cinema). This application, which has been developed for a long time and is still actively developed, offers all kinds of advanced settings that can be useful for you, moreover it is customizable, free and ad-free.

Personally, I like the way it comes as a package with the Klite Codec Pack and this guide was made based on this version of the application. We need to go to the downloads section of Technopat Sosyal and download the “Full” package.

MadVR is a resourceful renderer that allows you to play HDR video under Windows. Unfortunately, we cannot get HDR video with other renderers for now, so MadVR should be chosen. 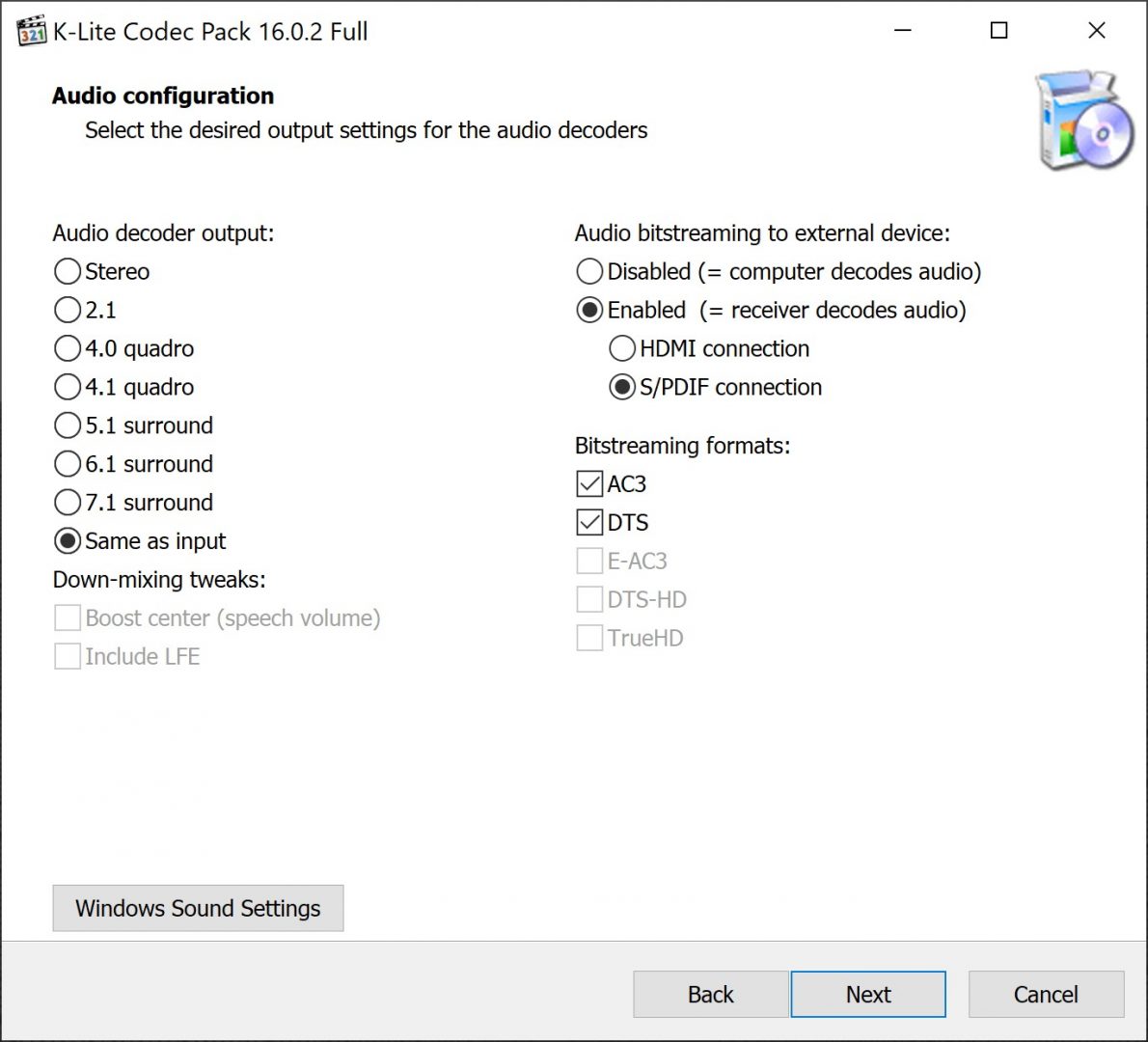 It will be useful to select the “Same as input” option on the channel selection screen related to the sound settings. Select Enabled in front of audio bitstreaming, and if you are using a multi-channel speaker system like Logitech Z906 via optical output, click S / PDIF connection.

Once you have the setup complete a sample. Open mkv file and go to application settings. When you watch Playback> Output from the settings list on the left, you should see madVR under DirectShow video.

In other words, HDR content is converted to SDR and played while watching in window mode. When you do it full screen, HDR metadata is transmitted to your TV and your TV adjusts the contrast and colors accordingly.

Another frequently asked question is whether to turn on HDR in Windows’ display settings. I can definitely say you don’t have a job there.

If you run into problems, I suggest you confirm that the connection between your TV and your computer is HDR supported. There are many reasons such as your HDMI cable not supporting 4K HDR, your video card not supporting HDR, your drivers are not up to date, and your TV settings may not allow HDR signals in that HDMI port.

If you are using LG brand TV, in the settings to get HDR, HDMI Deep Color

You need to enable . For Samsung TVs, this setting is “ Input Signal Plus ”. 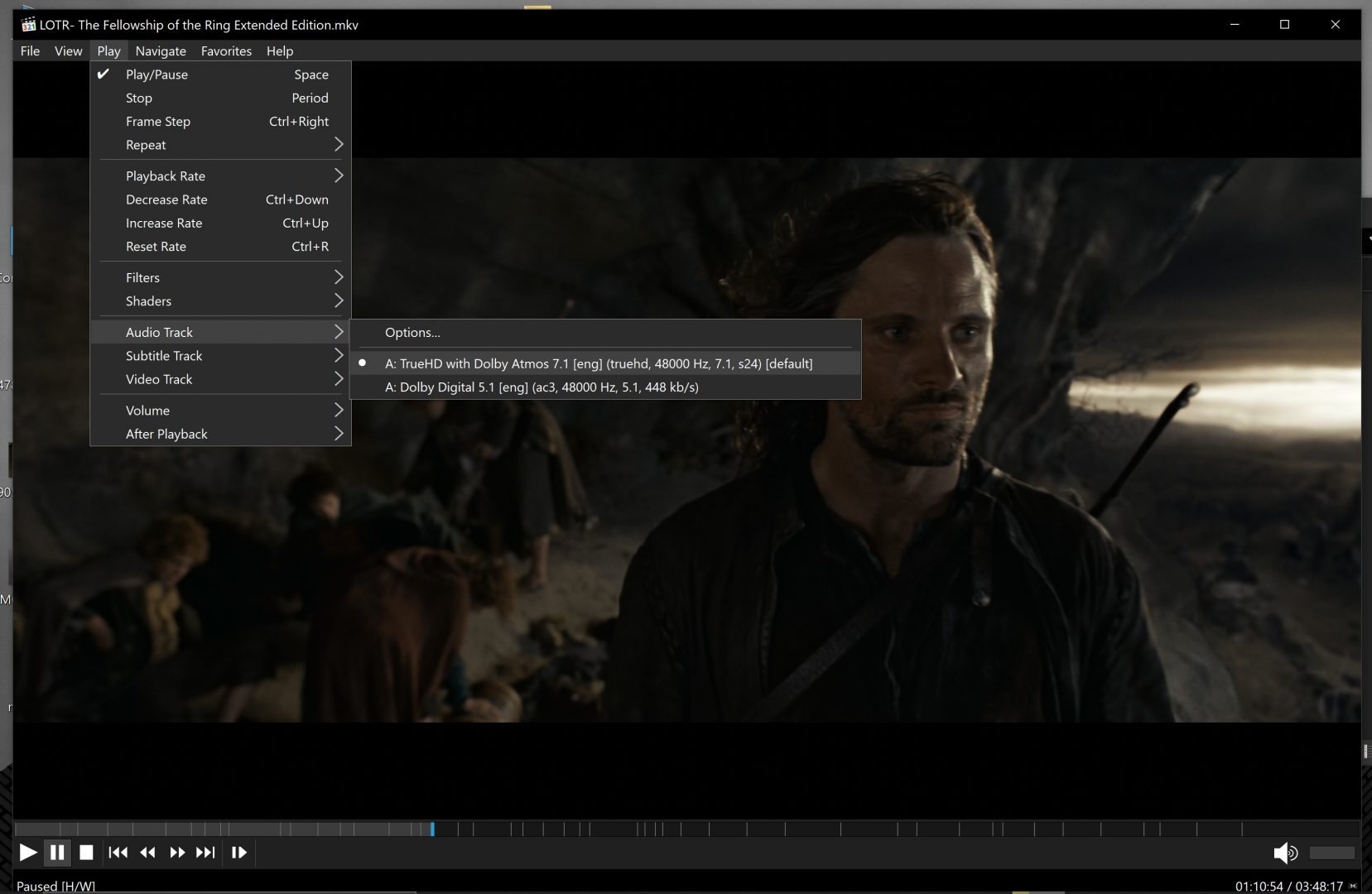 MKV files usually contain high quality, multi-channel audio streams encoded in DolbyTrue HD or Dolby Digital format. Your player allows you to choose between these streams. DolbyTrue HD is the most current and lossless audio standard today. It can also carry the Atmos standard, one of the most up-to-date and popular surround sound technologies in DolbyTrue HD.

However, the limited bandwidth of the S / PDIF interface does not support this high resolution audio stream. Therefore, you can use the most up-to-date standards “Dolby Digital Live 5.1” and “DTS Interactive 5. 1”.

My Logitech Z906 sound system does not support TrueHD and Atmos because I am using the S / PDIF interface. But again I hear sound when I select and play DolbyTrueHD streams. My guess is that these high resolution files can be automatically downgraded to Dolby Digital 5.1 format and played with minimal loss. In this way, you get a much more pronounced and high quality surround sound effect compared to stereo playback or converting from stereo to virtual surround sound.

The current Realtek internal audio cards yellow actually support the yellow standard such as “Dolby Digital Live 5.1” and “DTS Interactive 5.1”. However, for some inexplicable reason, this feature may not be available on every computer. It may be necessary to modify the driver to open it.

By default Realtek drivers and Windows unfortunately deliver stereo PCM audio from the S / PDIF (optical) socket. My Logitech Z906 speaker also gives me the option to play this sound exactly as it is, ie just play it on 2 speakers, or convert it to virtual 3D (false surround sound), but it doesn’t even come close to the quality of the original 5-channel sound and the environmental impact it creates (feeling like you’re there). In other words, the water of the chicken becomes water.

For this reason, we need to send the original sound encoded with Dolby or DTS to the Logitech Z906 without distorting it, ie by “bitstream”, and have Logitech’s receiver analyze this sound. 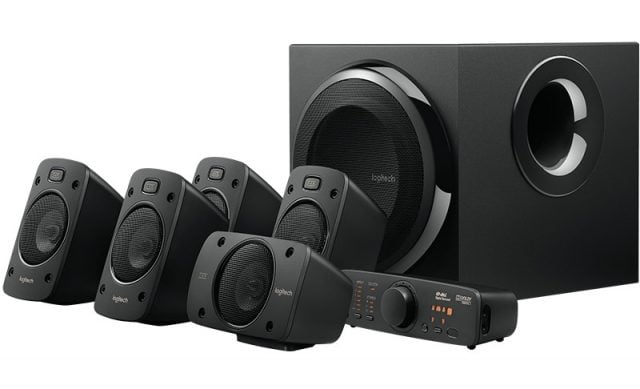 If you have an optical input sound system, such as the Logitech Z906 with a receiver that supports Dolby Digital and DTS’s 5.1 formadollar yellows, you can activate this support on your up-to-date Realtek sound cards with the method we will show you shortly.

First you need to uninstall your old Realtek driver and start your computer. Then we download a compatible and updated Realtek driver for the process from this link. The patch application that will give the driver Dolby support in this driver is “realtek.” hd. sound. driver-patch. exe. 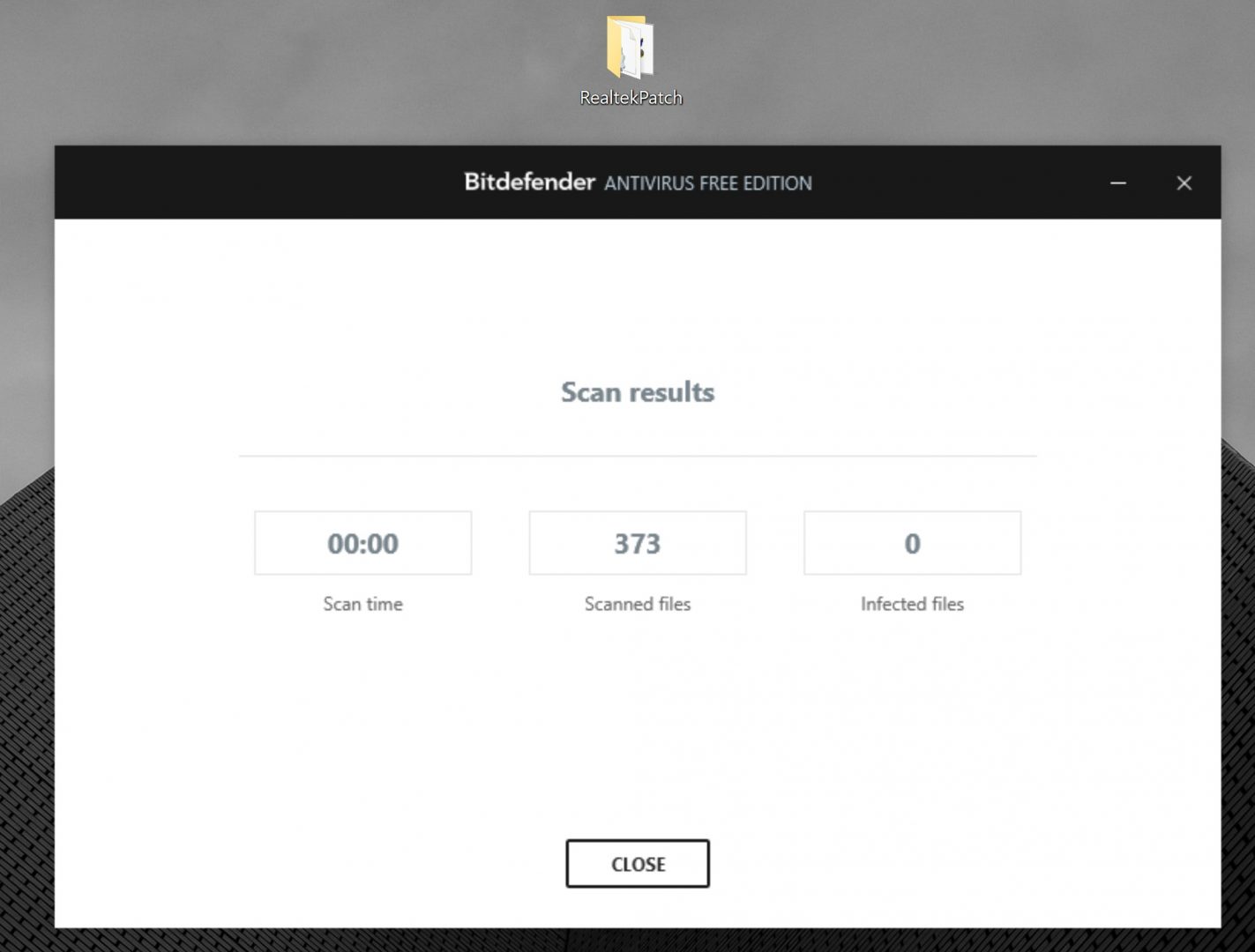 Let’s write down a note for some sensitive friends; This file was opened and used while the current Bitdefender Antivirus application was running in the background, we did not receive any positive alerts.

Then “realtek. hd. sound. driver-patch. exe file and click the Patch button, and one of the driver files you have just downloaded, under the WIN64 folder “RltkAPO64. dll ”file.

After this process is completed, “Setup. You can install this modified driver by running exe. After the process is over, you will be asked to restart your computer, confirm this.

After your computer restarts, you will notice that the Realtek Audio Manager icon appears next to the clock in the taskbar and when you open it, tabs such as “Dolby Home Theater” now appear. You can go to the Default format tab and select “Dolby Digital Live (5. 1 Surround)” which appears at the bottom of the list here, or “DTS Intreractive (5. 1 Surround)” as I selected in the picture above.

DTS is slightly superior to Dolby, especially when it comes to bitrates. If you are one of the people called “A / V purist” or “audiophile”, I would recommend DTS.

Believe me, you will understand immediately. Especially when you play an mkv file containing multi-channel encoded audio streams, you will hear the dialogues coming from the speakers in the middle, and the sounds coming from those speakers in an effecdollar that moves from right to left in action scenes. When you turn it from stereo to virtual surround sound, everything comes from anywhere and turns into a soup.

If the decode light is on while watching a movie, everything is fine.

It is possible to build a low-cost computer with a Windows-based entry-level graphics card, a minimum 4-core up-to-date processor and a built-in Realtek sound card, and a player with HDR and Dolby Digital 5.1 surround sound support.

Although not very cheap, Intel’s small form factor computers such as Hades Canyon NUC, which we used in this video, are perfect for the fact that they can easily fit into TV stands and work with low fan noise during media playback.