Smartphones, an integral part of our lives

It became . This is an obvious fact known to everyone. However, some of us may exaggerate this situation to the extreme. Some go to the bathroom with their phones and stay there for minutes, maybe even saadollarserers. from Van Yüzüncü Yıl University, which carried out a research on the subject. Assoc. Dr. Sebahattin Celik, achieved a very striking result.

Sebahattin Çelik, who published his work in the medical journal named Turkish Journal of Colorectal Disease, talked about the use of smartphones in the toilet. hemorrhoids, that is, if he would prove that there is a relationship between the colloquially known name and the disease of hemorrhoids. According to the scientist’s 3-year-old research, going to the toilet with a smartphone and sitting for a long time, triggers hemorrhoids. 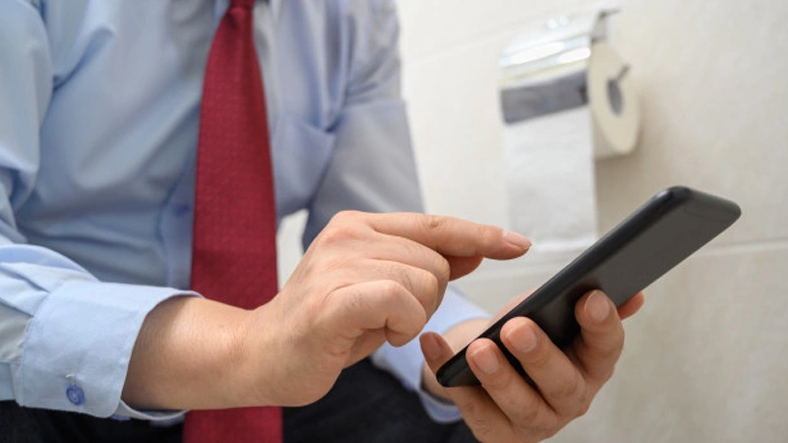 Commenting on the subject, Assoc. Dr. Sebahattin Celik made the following statements in his statements:

Hemorrhoids is a common disease. According to some studies, as age increases, after the age of 50, the population at about 60 percent has a complaint of hemorrhoids. In parallel with this, mobile phones are now available to everyone, in every area of ​​life. Social media is widely used in smartphones. Mistake social media addiction also occurs. We observed that some of our patients went to the bathroom while using their mobile phones. We wanted to investigate this when patients said, ‘I’m going to the bathroom with my cell phone’ in our outpatient clinic examinations. We conducted a joint study at our center with a hospital in New York. Our aim was to determine what percentage of the population goes to the toilet with their mobile phone, while looking at social media on their mobile phone.

The habit of going to the toilet with smart phones is a factor in hemorrhoid disease. is a risk factor. Our findings support this. The society should know that going to the toilet with a mobile phone is a risk factor, and if possible, get rid of the habit of using the phone to the sink and toilet. Using phones at the sink can be considered a risk factor. It is more important for their health that citizens do not go to the bathroom with their mobile phones..