Gigabyte’s Aorus RTX 3080 Ti XTREME is the company’s top model RTX 3080 Ti graphics card. When we look at the series, we see the Gaming OC, Master and XTREME models in the upper class. With a core frequency of 1830 MHz, the XTREME model is far above the other models with a frequency of 1720 and 1770 MHz. This means a 165 MHz overclock on top of the reference card’s 1665 MHz frequency. There is no change in memory frequency. Overclocking here is entirely up to you and the skill of the card’s GDDR6X memory modules.

The first thing that stands out about Gigabyte’s card is its massive cooling. With this cooling, which covers three slots in total, the card works at around 70 degrees, no matter what setting you make in games. In the meantime, it should be noted that the fans never reach 100% rpm. Even with Cyberpunk 2077 1.3, one of the most compelling and long-running tesdollarser, the fans of the card ran at 86% power. One of the three fans rotates clockwise, while the other two rotate counterclockwise. Giabyte states that in this way, it can spread the air throughout the block. Let’s say that all these fans produce 50dB noise when we measure from a distance of 20cm when the card is fully loaded. There will be a more acceptable level inside the vault. 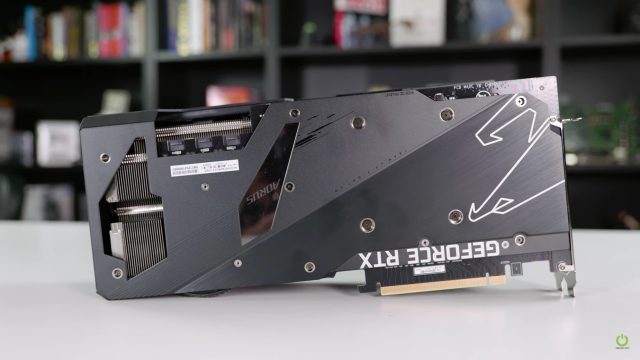 Two of the fans in this cooling, which the company calls MAX-Covered, are 115mm, while the middle one is 100mm in diameter. The aluminum leaves under the fans are angularly designed for better contact with the air. Below them are heat pipes that directly contact the GPU and memory. It should be noted that the cooling also goes beyond the PCB at the back. The hot air coming out of here needs to go out of the case with the exhaust fan. There is also a backplate on the back of the card.

Here again we see the card’s three 8 PIN PCIe power inputs. Above them are warning lights. If there is a problem with your power supply, these lights will flash to warn you.

Speaking of power, let’s talk about the coil whine status of the card. Except for the World of Tanks 1080p test, which gave excessive FPS during the test, we did not hear any coil whine in the test. In other words, it is possible to say that the card is good in this regard.

One of the most striking features of the card is the LCD screen on top of it. On this screen, you can either get information about the status of your video card or play text, images or GIFs with RGB Fusion 2.0 software. If you want technical information, you can monitor all kinds of GPU and VRAM information such as real-time temperature, clock frequency, usage and fan speed.

With RGB Fusion 2.0, it is also possible to adjust the RGB lighting with 16.7M color support on the card. Here you can set a fixed color or choose from ready-made effectdollarser. 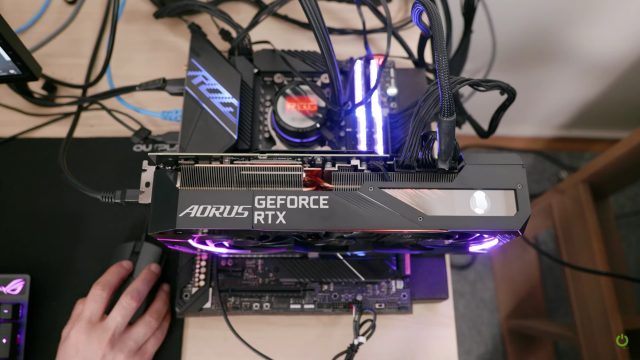 Dual BIOS in the display cards allows you to switch between two different modes. In this card, you can switch between OC Mode and Silent mode. The card comes in OC Mode by default. We also made tesdollarseri in OC Mode. But if you wish, you can also turn off the PC and put the card in Silent Mode with the BIOS switch.

Another striking point on the card is the video outputs. Gigabyte put three HDMI and three DisplayPort on the card. All DisplayPort outputs are the latest standard 1.4, while the right and left HDMI outputs are 2.1 and the middle one is 2.0 standard. On the other hand, the card can output images to a maximum of 4 monitors at the same time.

Before I forget… Let’s mention that there is an Xtreme robot out of the box. 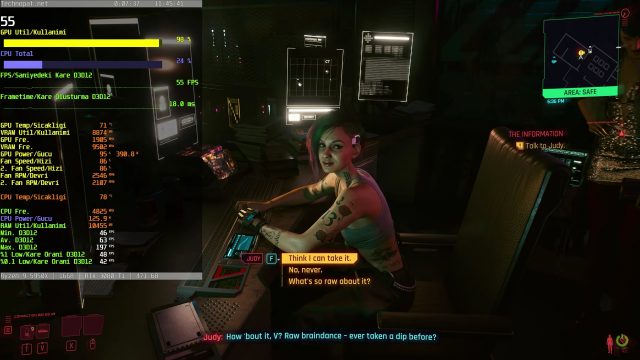 [1] During the test, the video card memory usage exceeded 11 GB. 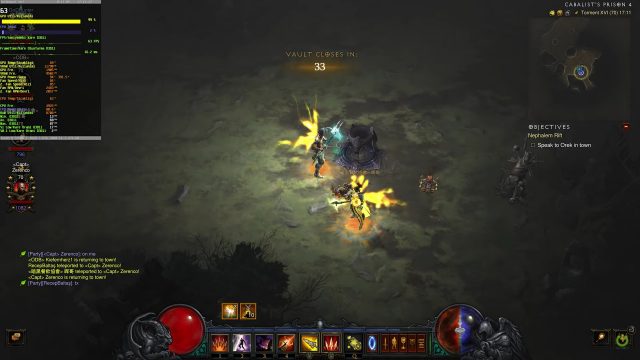 Gigabyte’s top model graphics card RTX 3080 Ti exceeds expectations in terms of performance. The card is ready for 4K gaming. It can even play Cyberpunk 2077 with a performance close to 60 FPS at the highest settings, while it can exceed 100 FPS in many other games. Although the card, which successfully completed our 8K test, works a bit loud, it is possible to fix this problem with the BIOS key. As a result, if you don’t want to spend a fortune on the RTX 3090 when switching to 4K gaming, you can take a look at the Aorus RTX 3080 Ti XTREME with a smaller fortune.