US-based technology giant Apple recently made a big launch. Within the scope of this launch, the company iPhone 13 with family Watch Series 7 and new iPad mini also introduced. This year, the company is particularly interested in the iPhone 13 family. to its performance was focused. So, was this situation as much as Apple exaggerated? Because the company, especially in its new smartphones GPU boost.

Here is the Geekbench result of the iPhone 13 Pro 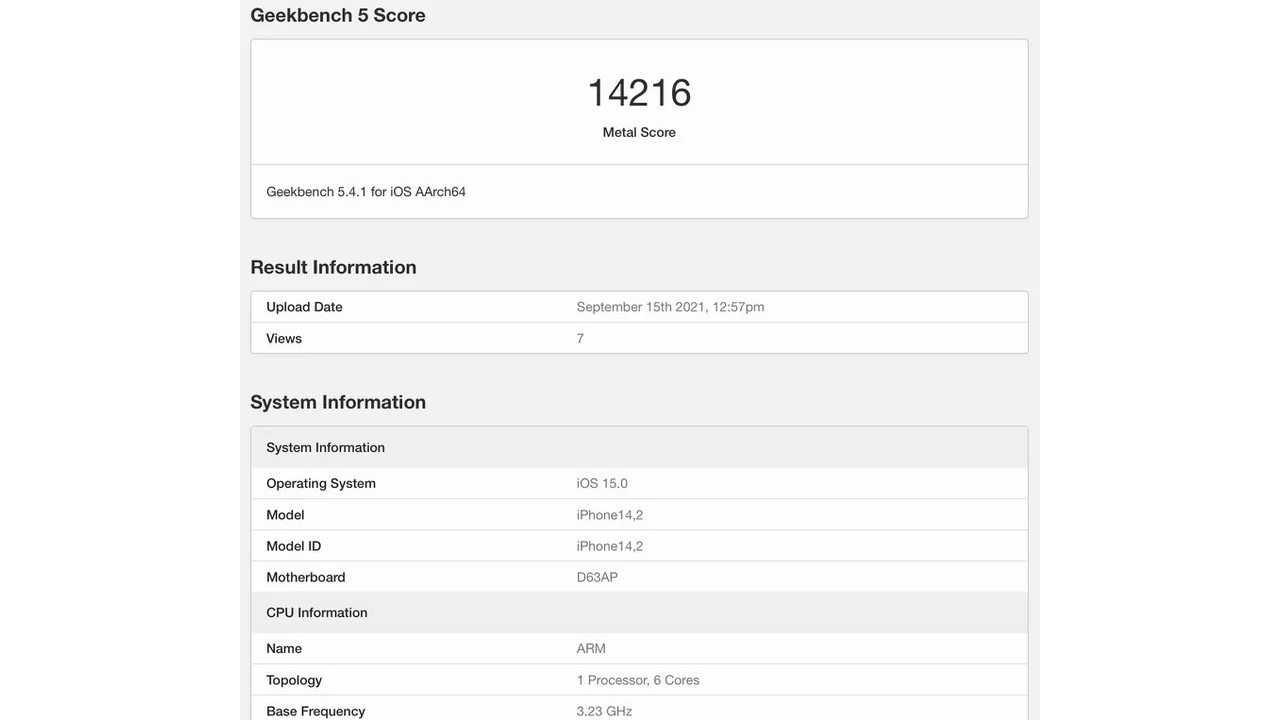 For the 5-GPU version of the A15 Bionic, Apple says, ” The most powerful smartphone chip in the world“. Geekbench result revealed that this is indeed true. Because iPhone 13 Pro is on Geekbench 14 thousand 216 points got it. This score was 9,123 for the iPhone 12 Pro with the A14 Bionic processor, which was released last year and has 4 GPU cores. In other words, the 5-core GPU processor of the iPhone 13 Pro is better than that of the iPhone 12 Pro. at least 55 percent stronger.

Apple at the launch of the iPhone 13 for the processor with a 5-core GPU, at least than any other smartphone will offer 50 percent better graphics performance had said. The results in Geekbench reveal that the company keeps its promise. By the way, in the very near future the A15 Bionic also for himselftest results are awaited.