According to information provided by a trusted source of information, Ice Universe, the performance gap between the Galaxy S9’s Snapdragon 845 chip version and the Exynos 9810 chip version will continue.

It is known that the types of Samsung‘s leading phones that run on the Exynos chip are performing a little better than Qualcomm chips. The reason is that Samsung is optimizing its own chip for new devices. The performance difference will depend on the Galaxy S9’s Exynos and Snapdragon chips.

Galaxy S9 and Galaxy S9 + will work on the Samsung Exynos 9810 processor, but Qualcomm Snapdragon 845 will be available for sale in some markets. Both chips offer similar performance compared to the tests performed. 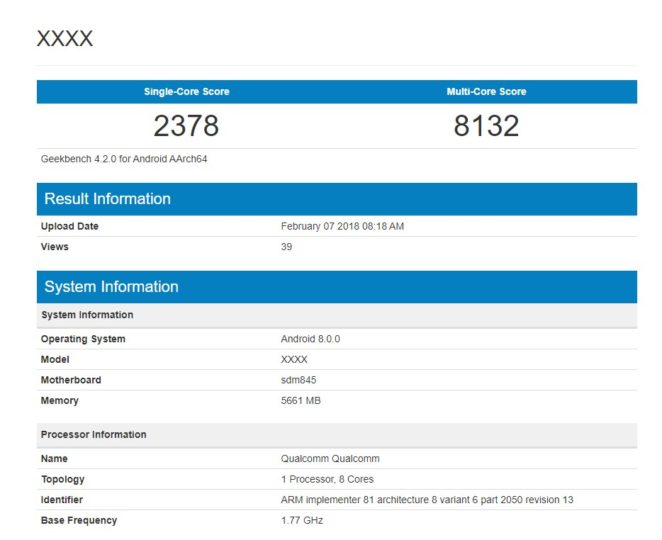 Galaxy S9 Performance difference between Snapdragon and Exynos
However, according to the Ice Universe allegedly leaking information about phones operating in China, the Galaxy S9, which will work on Snapdragon 845, gives mediocre results on Geekbench. From this point, we can say that the Exynos variety will be better, but the number of Exynos is not specified. Ice Universe, a reliable source that shares Geekbench’s screen display, does not speak for the model number of the device.

Since the source does not have any share of the Galaxy S9‘s scores to work with the Exynos 9810, a comparison is not possible at this stage. We know that Samsung is a habit of optimizing Exynos types of Galaxy S models. For this reason, this news was no surprise.