G.Skill has released low-latency high-speed DDR5 memory for 12th Gen Intel Core desktop processors and Intel Z690 chipset motherboards. The new generation RAMs can reach high frequency speeds such as 6600 MHz. However, it has CL34-40-40-105 latency, which is pretty good for the DDR5 standard.

The company also showed a verified memory kit with an Intel Core i7-12700K processor and ASUS ROG Maximus Z690 Hero motherboard with a screenshot. Alongside the Intel platform, we expect the “Zen 4” Ryzen 7000 series processors to be released later this year will come with DDR5 memory support. 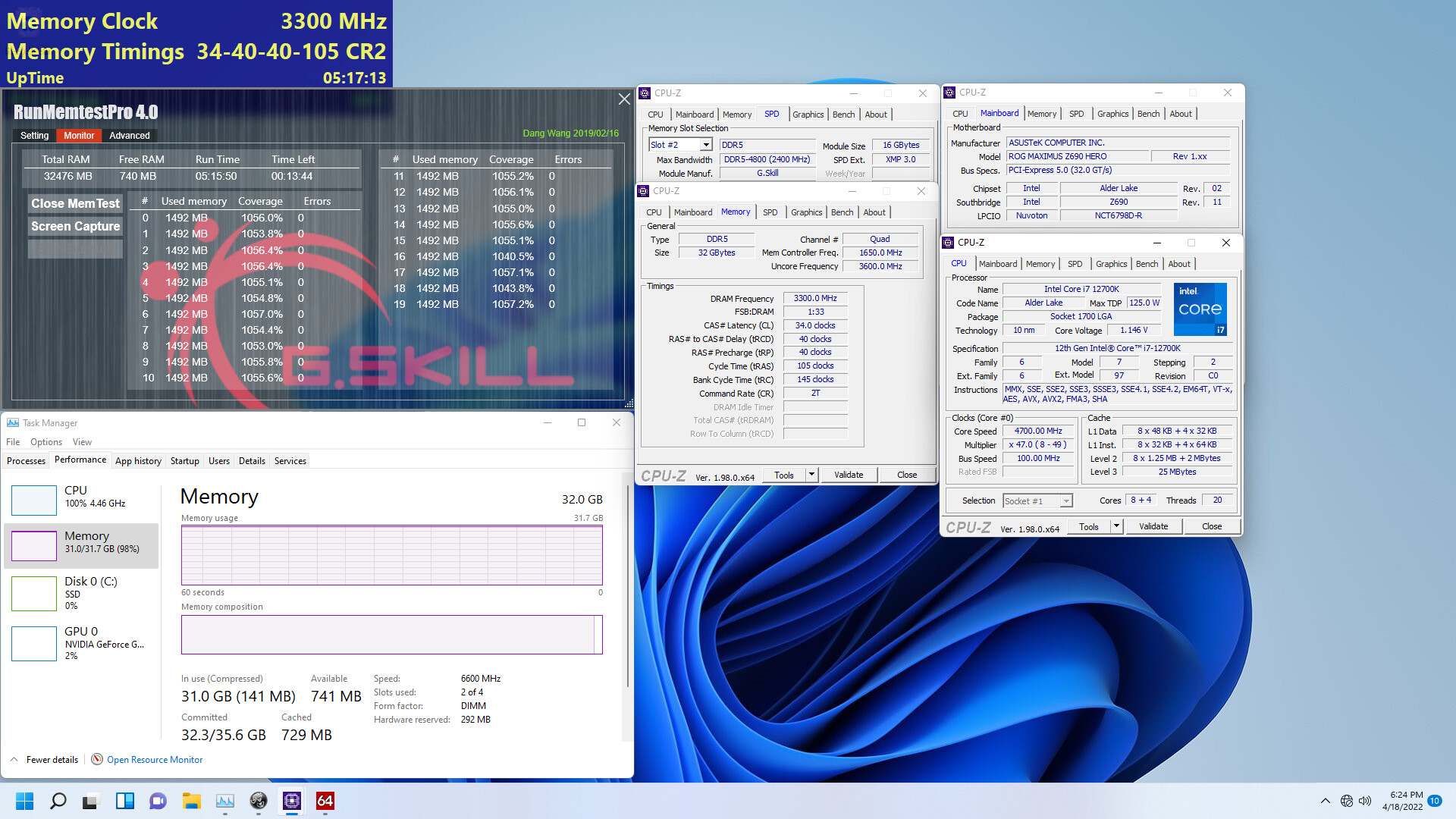 Trident Z5 RGB series will only be available in 32GB (2×16GB) capacities for now. G.Skill says kidollarserin will go on sale in May 2022 through its worldwide distribution partners.