One of the biggest maritime accidents of recent times took place in Japan. A ship ran aground off the Hachinohe Harbor in Aomori province. 39 thousand 910 tons While attempts to salvage the Crimson Polaris failed, the cargo ship was destroyed due to the faltering of its hull. split in two. After the back of the ship drifted for a while, it went to the bottom of the sea.

In the statements made about the ship, which broke into two pieces after it ran aground, it was reported that there were 21 Chinese and Filipino crew members. In the rescue operation launched, this all crew rescued. Announcing that the ship, operated by a Japan-based company, escaped from the seafloor before splitting in two, officials said that the reason for the split in two. 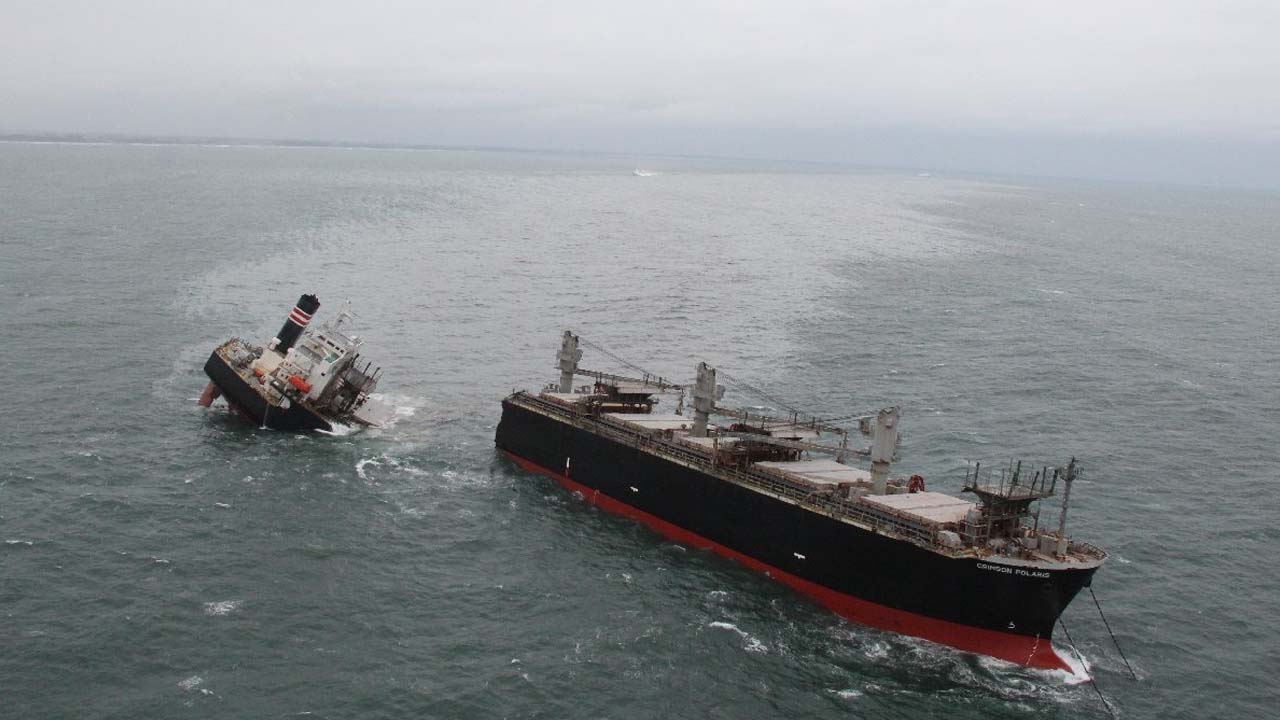 In the statements made by the Japanese authorities, Crimson Polaris

It was stated that the ship started leaking fuel after splitting into two. According to the investigations, the leaked fuel 5 kilometer diameter spread over an area. Experts are now working to clean up this environmental disaster.

Although the accident was reported without harm to anyone, the Japanese authorities remain vigilant. your ship in order not to cause a second accident declaring that every precaution has been taken, the authorities also continued their efforts to remove the parts of the ship from the sea. they continue. . .

Images of the ship divided into two