The big break without Formula 1 has come to an end. 20 pilots, who have shown us the scenes we miss in sports so far, met at the Belgian Grand Prix to compete again. Practice rounds on Friday Formula 1 greeted the broadcasters with a spectacularly angled cockpit camera that puts us in the pilot’s line of sight.

The qualifying laps, which will determine who will start from which row in the race that will take place tomorrow, ended in the past minutes. 2021 Belgian Grand Prix top of the qualifying rounds Max Verstappen happened. Surprise name for Verstappen in second place George Russell if third Lewis Hamilton followed. The qualifying laps also gave place to the red flag with the effect of an accident and rain. 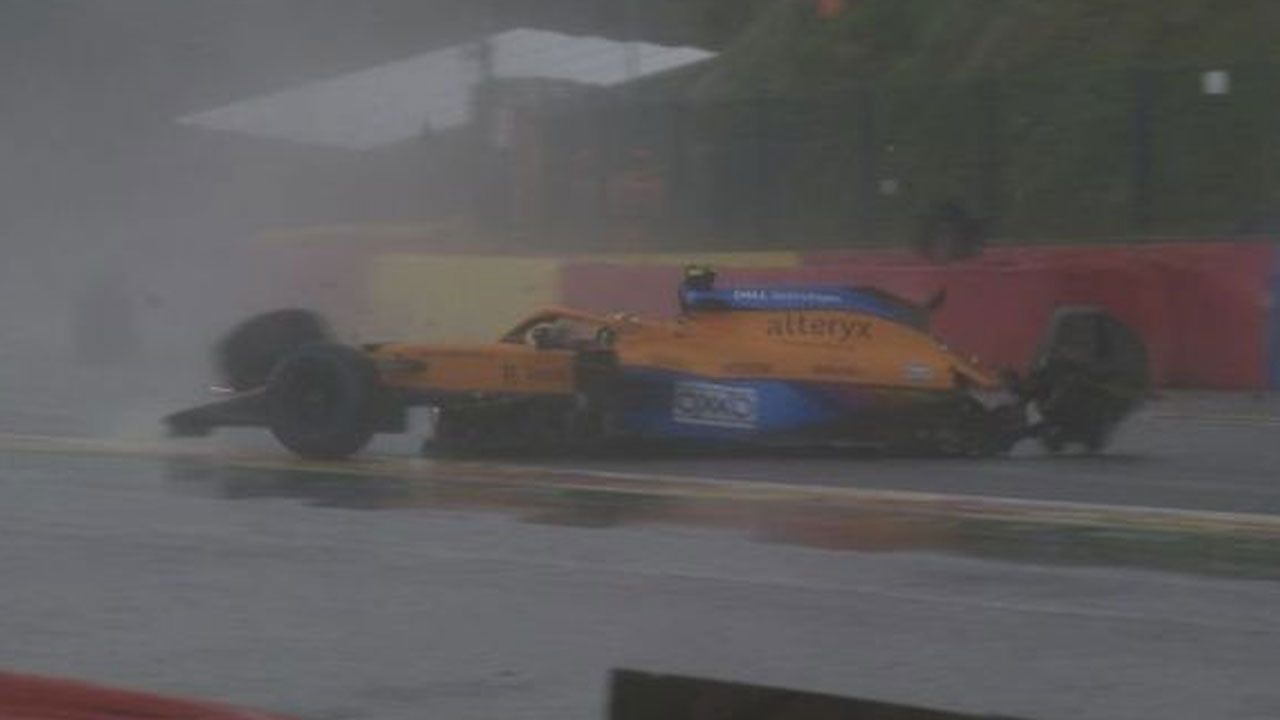 Belgian Grand Prix held Spa-Francorchamps track, while already offering exciting races, took the pleasure to a higher level on a rainy day. McLaren’s beloved driver, who put himself first in the first part of qualifying Lando Norris happened. The young and talented pilot managed to take the lead in the second stage as well. Hamilton was behind Norris.

Just as we got to the third stage of the qualifying rounds, the big and big screens were on the screen. an alarming accident occurred. Lando Norris lost control on the rainy track and found himself at the barriers. Norris, fortunately, got out of his vehicle unharmed. This massive crash showed how safe Formula 1 has become again. The accident was exactly what Vettel said there was a lot of water on the track, with a red flag. after saying it should be canceled occurred.

Max Verstappen in the third stage of the qualifying laps, which resumed after the red flag in the third stage, the winner of the rainy track happened. On the other hand, Russell took the second place with a big surprise and showed his talent once again.

Eliminated in the second part of the qualifying rounds, Ferrari will start the race from 11th and 12th places. Norris’ teammate at McLaren If it’s Daniel Ricciardo took 12th place in the first stage and 8th place in the second stage. Ricciardo placed 4th in the final episode. Norris, who crashed in the third qualifying laps, will be in 10th place.