The US Patent and Trademark Office (USPTO) issued a patent application filed in 2016 by Ford Global Technologies, a subsidiary of Ford Motor Company. 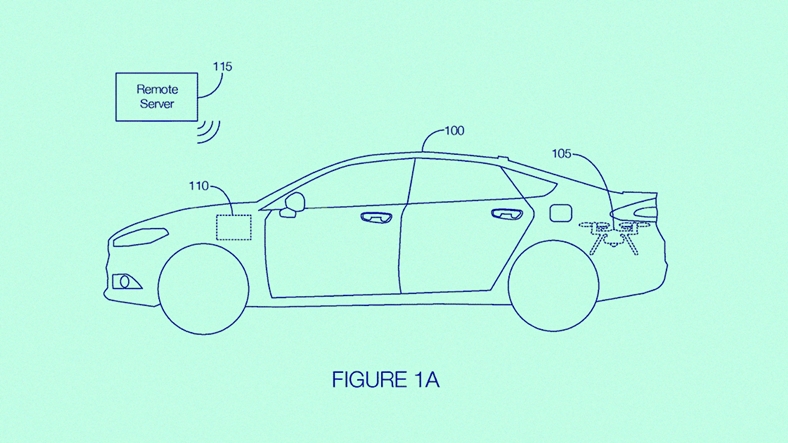 The patent shows that the US automotive giant is working on a system that allows the replacement of spare tires in the car trunk, drones. Of course, this will not be the only convenience that technology will bring.

According to the patent application, drivers will use the vehicle’s internal computer to control a quadcopter-style drone. For example, when you run out of fuel or are involved in an accident, you can fly the drone and shine light on your vehicle to illuminate the accident site so that everyone can see it.

This way, you can prevent your car from being found and new accidents. Also, if you have to leave your car, the real-time image of your car will be transferred directly to your smartphone.

The system, which is included in the patent filed in 2016, has a very valuable potential in making highways safer for everyone. On the other hand, such futurist technologies often go beyond the patent stage. Time will tell if Ford’s drone system will really be integrated into the vehicles.