Production of the fifth generation of Ford’s heybedollarsi SUV Bronco, 1996

It was discontinued in . However, the involvement of many automakers in the ‘electrification’ movement under the leadership of Tesla will bring Branco back with a modern twist.

Mike Levine, Ford’s North America Product Communications Manager, shared the company’s beloved SUV with a post he shared on Twitter yesterday. He pointed to the electric version of the Bronco. Ford had previously been criticized for not electrifying this vehicle. But it looks like work has already begun on the electric, sixth-generation Bronco. 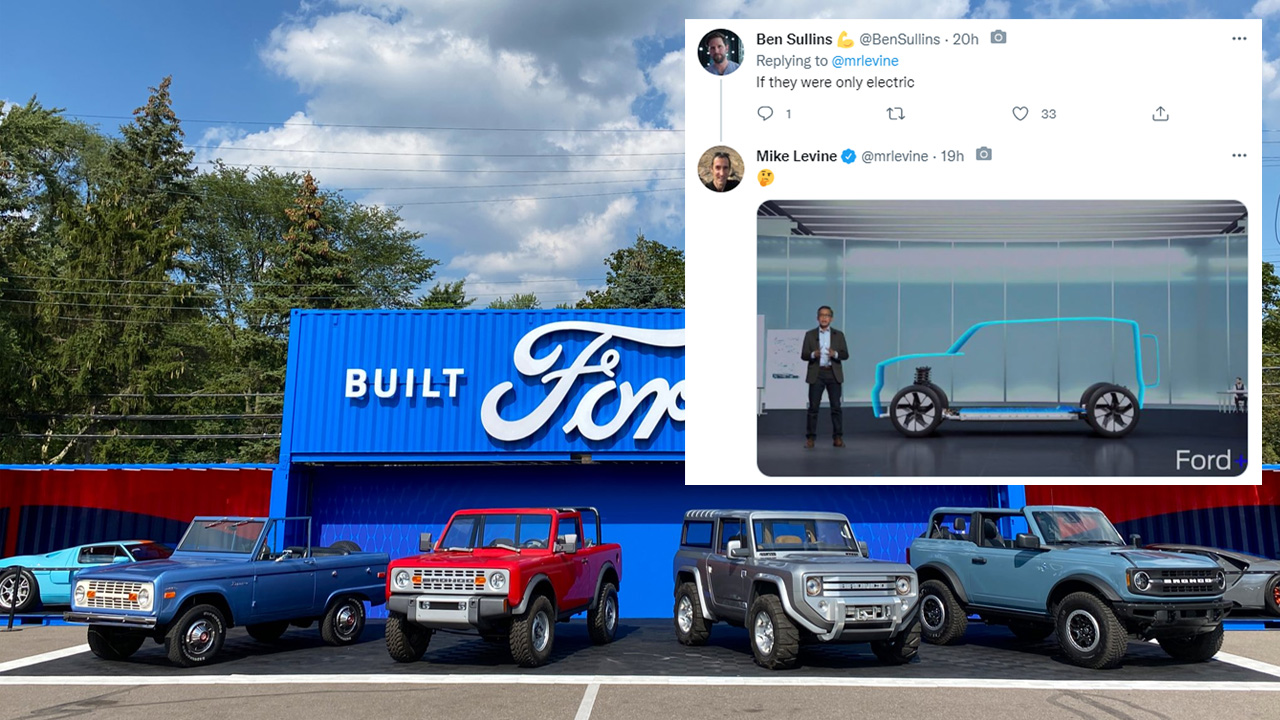 Mike Levine shared an image on Twitter yesterday that includes 4 different versions of the new generation Branco. A user named Ben Sullins responded to this post. “I wish they were electric”. Replying to this answer with a thoughtful emoji, Levine gave the good news of electric Broncos with an image that gave the message that these SUVs are electric.

Earlier, a Tesla fan Twitter page asked Ford CEO Jim Farley if Ford had enough future plans for electric vehicles and why an electric version of the Bronco wasn’t made. Jim Farley answered this question. “who said we didn’t?”. This event took place last May. However, until yesterday, neither a statement was made about the vehicle in question, nor any other clue was given.

In fact, Ford made the return of the Bronco last year. However, contrary to the expectations of many car enthusiasts, an electric version of the vehicle was not released. The company lost the chance to make more noise by turning the vehicle completely electric. But still from electric Mustang and electric F-150 then the electric Bronco seems to attract the attention of the consumer.