The first benchmark results of the Galaxy S9 with the Exynos 9810 processor appeared. It looks like Samsung will succeed in keeping the new processor and Snapdragon devices behind.

Samsung’s new flagship Galaxy S9 and Galaxy S9 + will be available to consumers in less than two weeks. Samsung will be using two different processors, Snapdragon and Exynos, according to the market it sells on its new smartphones every year. The first benchmark scores of the Galaxy S9, which will take its power from the Exynos 9810 processor, also appeared. 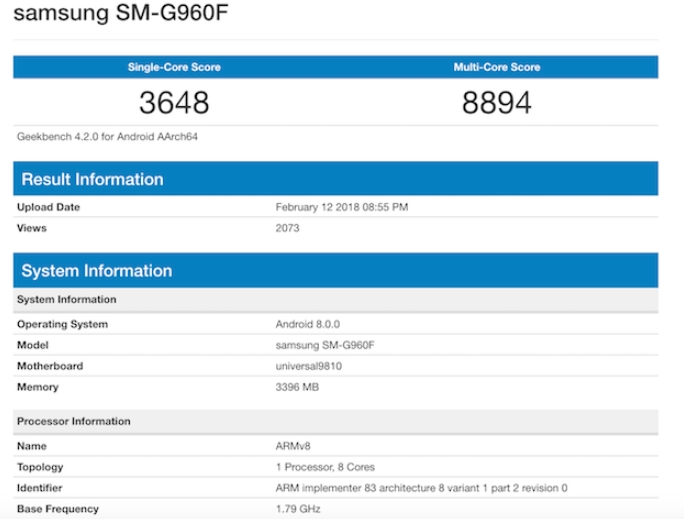 Having the SM-G960F model number listed on Geekbench’s website, the Galaxy S9 managed to get 3648 points in single-core performance while achieving 8894 points in multi-core performance. This shows that Samsung has significantly strengthened its new processor compared to Exynos 8895, which has a 1960 single core and 6473 multi-core.