The design of Xiaomi’s smartphone Black Shark to be introduced next week was shown for the first time on a promotional poster shared in Weibo.

The introduction of the Razer phone, a player-equipment smartphone, the Razer’s player-focused smartphone, created a new field of competition for producers. While companies like Samsung and Huawei have not yet taken a step in this area, Chinese smartphone maker Xiaomi has announced that a player will enter the phone market by explaining that it will enter a competition with Razer.

We already knew that Xiaomi’s player phone, Black Shark, will be promoted in Beijing on April 13th, China’s capital. In addition, some technical features of the device have leaked too long ago in the online environment. But a new image shared at Weibo allows us to make more inferences about Black Shark. 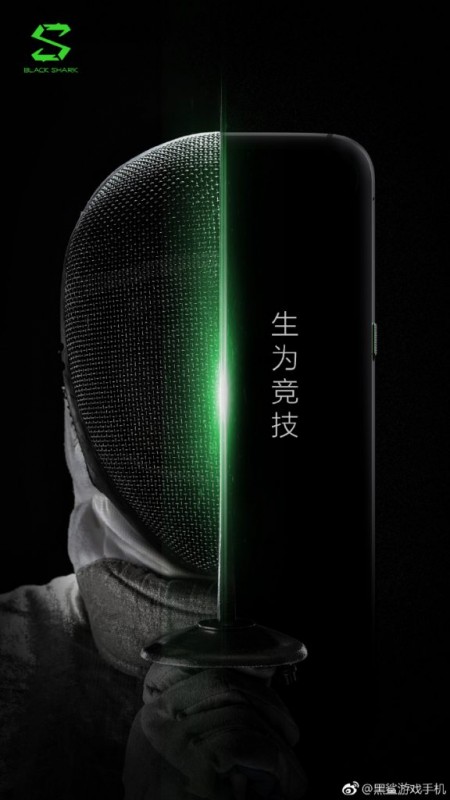 According to the poster, Xiaomi Black Shark is not a square, rough design, unlike the Razer Phone. The phone will have an oval and stylish design similar to the Samsung Galaxy S series. However, the black and green-colored design on the poster shows that Xiaomi will present a new smartphone design in the usual lines.

According to information obtained from previous leaks, Xiaomi’s first player-focused phone will receive the power of the Snapdragon 845 processor. The device will have 6GB or 8GB RAM and will have 256GB internal storage. It is expected that the device will have a 120Hz HDR supported screen