For the first time in history, humans have managed to capture a photograph of a black hole directly.

Event Horizon Telescope (EHT), whose sole purpose is to observe black holes from the most mysterious bodies of the universe, has finally reached its expected goal.

Get ready for the new era of the space age.

The studies carried out under the leadership of the National Science Foundation in the USA have continued in recent years with the support of many countries and research institutions. Event Horizon Telescope (Event Horizon Telescope), one of the most important astronomical projects in the history of mankind, focused only on the center of our galaxy.

The black hole images we have seen so far are illustrations based on scientific data. No more artificial images are needed.

Here’s the historical photo, here’s the first photo of a black hole: 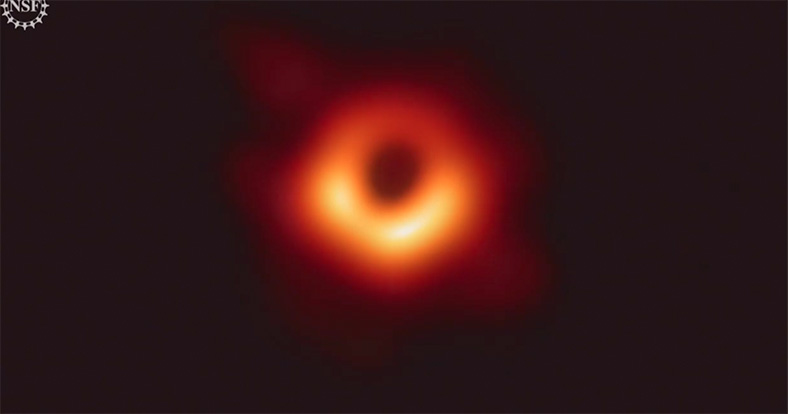 This photograph of the black hole at the center of the Messier 87 galaxy, 55 million light-years away, was the first black hole photograph in history. In other words, the square you see here is 55 million years ago.

As a result of more than 10 years of research, 8 telescopes in different parts of the world were brought together in 2017: 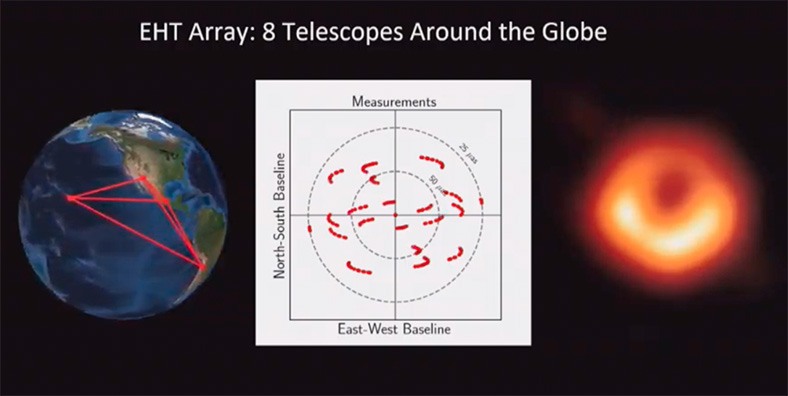 These 8 telescopes continued to work synchronously with a common network. The image may seem quite simple to your eye, but we look at the result of over 10 years of labor by hundreds of researchers.

The still frame of the black hole is the unified square; 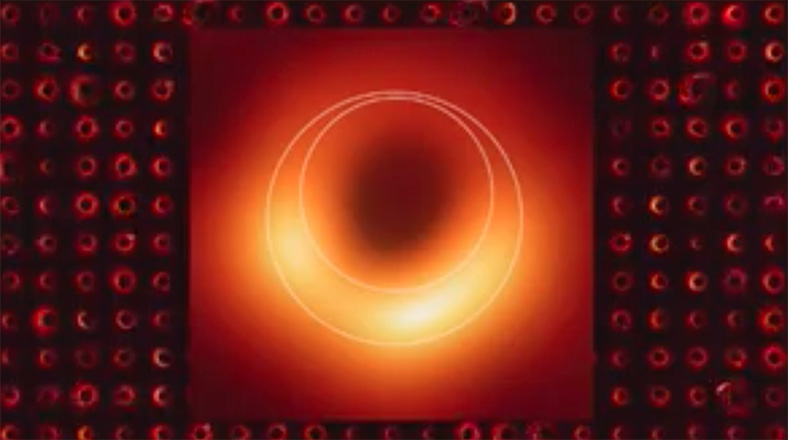 The data gathered for the published image of the Messier 87 black hole, which performs clockwise rotation, was examined with great care.

Here’s a photo of the science centers that spend a lot of effort on this photo: 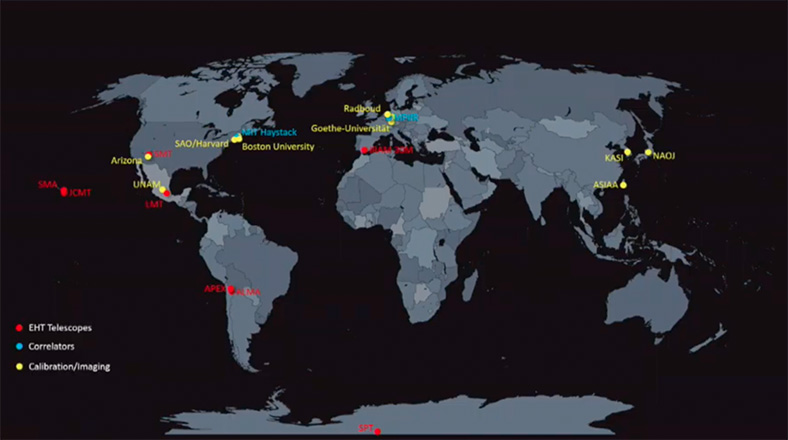 Event Horizon Telescope network is included in the location of the telescopes red, the correlation centers with blue points, visual data is processed with the yellow points of the centers are shown.

Scientists say that the Ulay Horizon Telescope will continue to work the same way. The telescope network will change the course of research on black holes. At the same time, it is possible to gather clear information on the predictions of important theorists like Einstein.

“Black holes are not black as they are painted. Even though we think of them as an endless prison, things can get rid of black holes, they can move from one black hole to the other end of the universe. If you feel yourself in a black hole, don’t give up, because there is always a way out.”