38 people lost their lives due to severe winter conditions in the USA that have been in effect for about a week.

The US National Meteorological Service announced that the snow and icy weather, which brings life to a halt in the inner and southern states of the country, will affect the northeast region across the Atlantic coast today and tomorrow.

It was shared that in the snowfall that will continue in a wide area from the capital Washington to Boston, the snow thickness in New York can reach up to 20 centimeters.

Public appeal from Texas officials: Boil your water before it consumes
38 people lost their lives 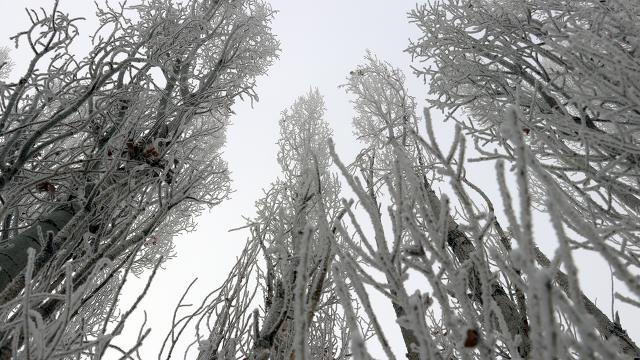 At least 38 people have been reported so far from the northwest of Oregon to Texas in the south due to freezing cold and icing.

It was shared that these deaths were caused by traffic accidents caused by icing on the roads and carbon monoxide poisoning of families who wanted to warm up in their vehicles after power cuts and fires from the stove in the house.

In Texas, where 2 to 5 million people live under power outages in the last 4 days, it is stated that this figure has fallen below 1 million for the first time today, while the “poweroutage.us” site stated that more than 650 thousand houses and workplaces in the state are still without electricity.

It was reported that more than 100 thousand people are still in the dark in another state, Oregon, which was most affected by power cuts, and tons of food spoiled in the fridges of super markets due to power cuts were thrown into the waste.

Portland General Electricity Senior Manager Maria Pope emphasized that extreme colds have caused the greatest damage to the state electricity system in the last 40 years. “These weather conditions are the most dangerous conditions we have ever seen.”

Because extremely low temperatures are damaging the infrastructure of the state’s drinking water system, Texas officials called on 7 million people, which account for a quarter of the state’s population, to “boil their tap water before consuming”.

Texas Governor Greg Abbott warned that the pressure fell across the state as citizens left the taps open to prevent freezing in the water pipes, demanding that the taps be closed.

Due to the damage to the drinking water system in some cities in the state of Louisiana, such as New Orleans and Shreveport, due to bad weather conditions, drinking water was carried by fire trucks to some hospitals and nursing homes in the city.

Freezing temperatures descending from the Arctic to the interior and southern regions of the United States are expected to lose their effect as of this weekend.