Carwow, one of the most famous automobile channels of YouTube, is before us with another drag race that broke out. Carwow, which brought two German giants against each other last week, now brings together three different automotive giants. The Ferrari F8 Tributo, McLaren 765LT and Porsche 911 GT RS share their trump cards in the drag race that will take the breath of the car enthusiasts. Quite surprising results came out of this race, in which Italian, British and German automotive giants took part.

Let’s take a look at the cars before the race: 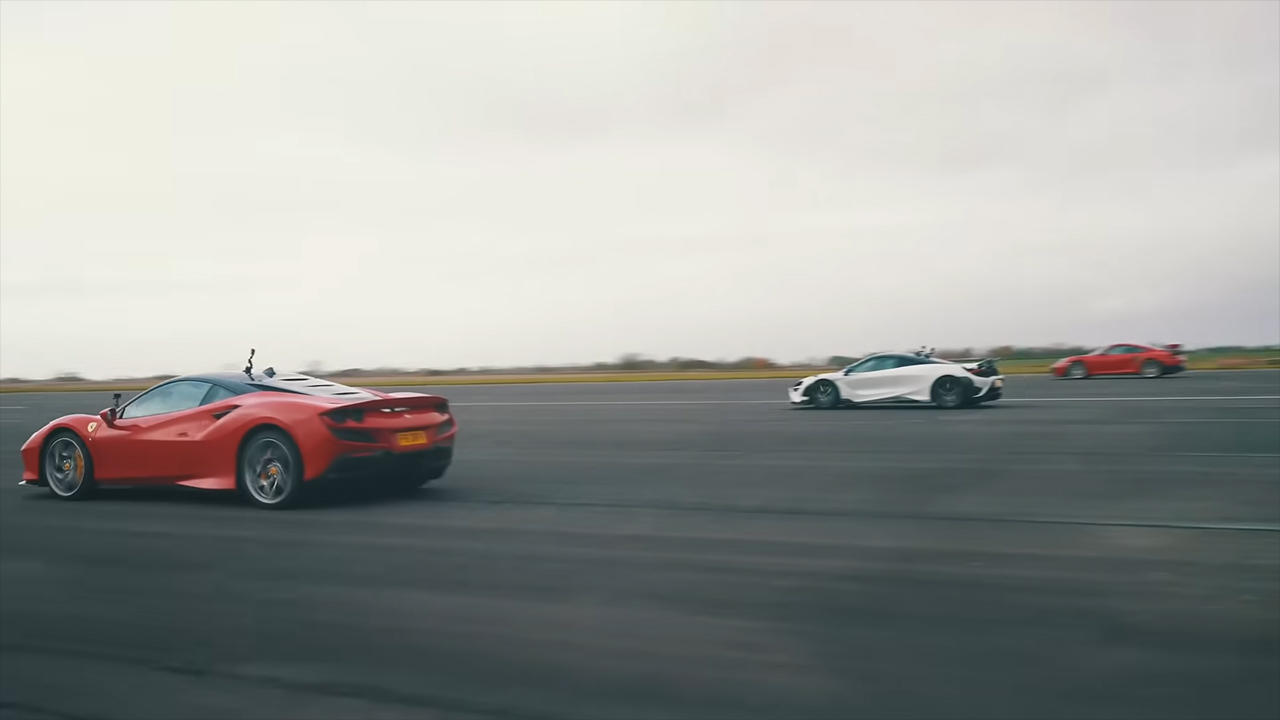 Ferrari F8 Tributo presents an assertive image in the race with its classic red color. The 3.9-liter twin-turbo V8 engine under its red hood has 720 horsepower and 770 Nm torque . Ferrari F8 Tributo, with a starting price of 203 thousand 476 pounds , is the middleweight participant of the race with a weight of 1435 kilograms.

The pride of the British automotive giant, the McLaren 765LT , stands out as the most expensive vehicle of the race with a price of 280 thousand pounds . But we can say that the price difference is justified. The car with a 4-liter twin-turbo V8 engine produces 765 horsepower and 800 Nm of torque . The McLaren 765LT is the lightest car in the race, weighing 1339 kilograms.

Another ambitious name of the race, Porsche 911 GT RS , with its 3.8-liter biturbo straight-six engine , 700 horsepower and 750 Nm torque owner. Weighing just 35kg more than Ferrari, the Porsche 911 GT is the heaviest car in the race.

In the first stage of the race (6:15 min), the starting speeds of the cars are tested. In the second stage (7:15 min), the vehicles’ ability to accelerate while driving is put to the test. Surprising results came from Ferrari in the race, which was broken.