The Ford Ranger Raptor has been designed to adapt to any environment with its features and versatility and is produced to achieve superior off-road performance.

Ford Ranger Raptor, combining practical intelligence and advanced technology, was produced for superior off-road performance and designed to adapt to any environment. It offers the opportunity to choose between exactly 6 different modes: normal, sports, grass, pebble and snow, mud, sand and rock.

It is fair to say that the Ford Ranger Raptor does not count for its features. Each of the features in the areas of comfort, safety, usability and technology has a wide range. 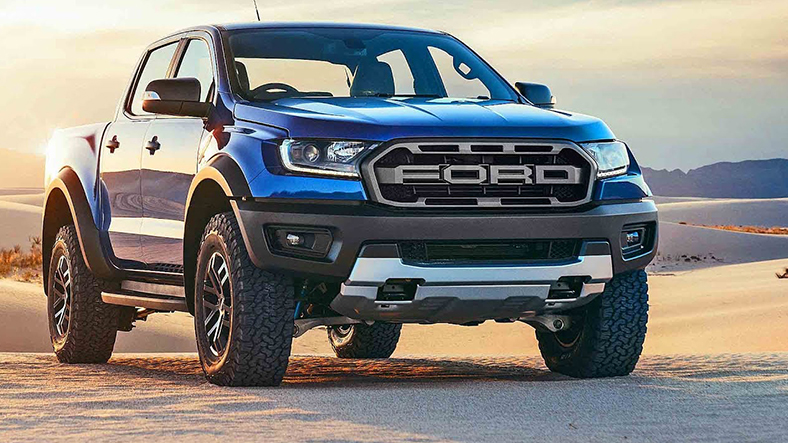 In addition to the xenon headlights and LED fog lights, the vehicle, which makes its claim with the big “Ford” text on the bright black radiator grille, stands out with its Ranger Raptor logo side steps, thick front fenders and a special body kit. Ford Ranger Raptor has original details not only in its outer shell but also in its interior. The sports seats with the raptor script provide a very successful grip both in the field and on the asphalt. 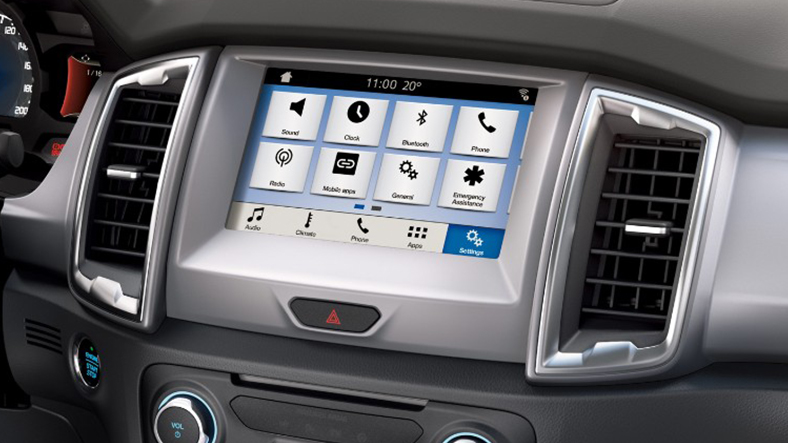 With Ford SYNC 3, you can control your phone, music and navigation system with voice commands. In addition, this system is an advanced system that can read your messages aloud. You can reach the list of restaurants in that area just by saying “I’m hungry”. 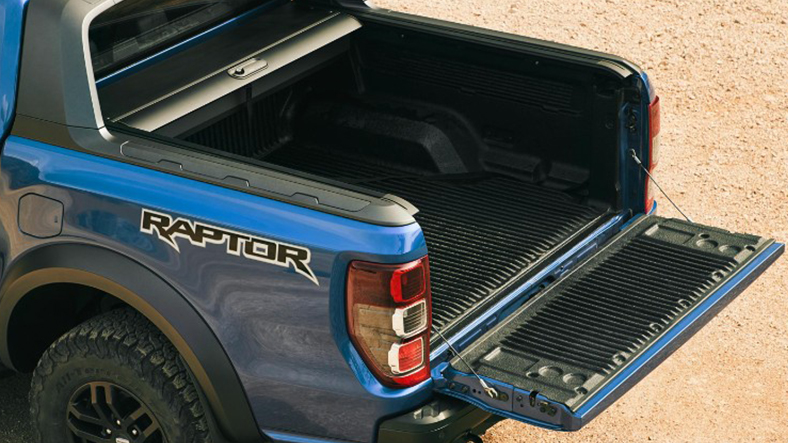 The new Ranger Raptor comes with an Easy Lift tailgate. Thanks to its smart design, the tailgate of your vehicle is greatly lighter and can be opened and closed much more easily.

Just press a button to start your vehicle: 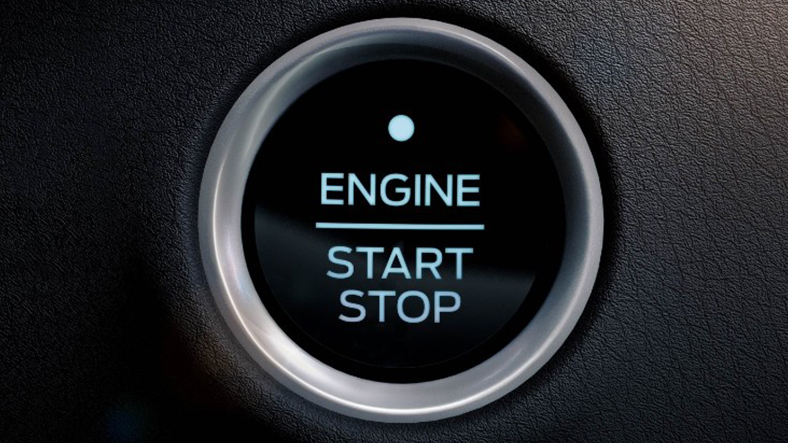 The Ranger Raptor automatically detects the presence of its own key, even if it’s in your pocket or purse. Just press the clutch and Ford Power start button to start the engine. 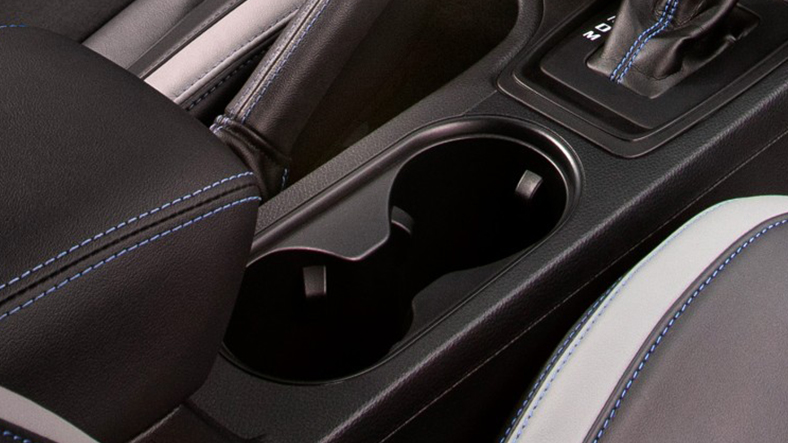 The Ranger Raptor has many clever storage compartments. The double-cabin model has two large storage compartments under the seat. There are three center consoles, depending on the cabin type you choose. These consoles have cup and bottle holders, a space for your mobile phone and compartments suitable for storing food. In addition, the fairly large glove compartment can accommodate up to 15 inches of laptops, a folding umbrella and more. 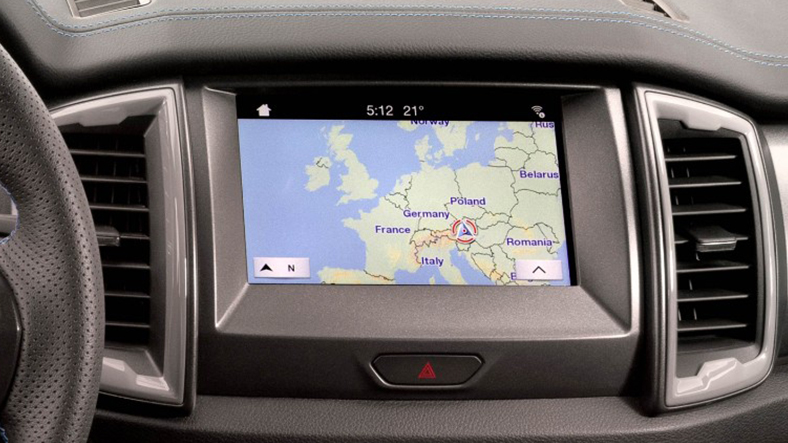 Easily clean your windshield with Quickclear: 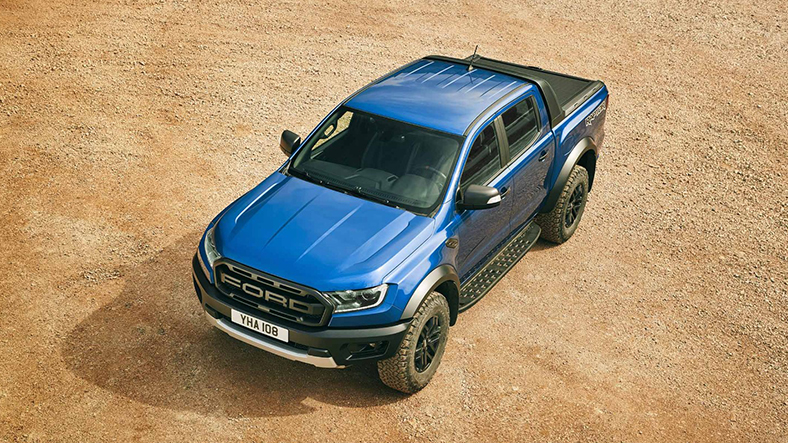 Thanks to Quickclear, it has been developed to ensure that you can get on the road without wasting too much time on icy winter mornings. At the push of a button, warming filaments defrost the wipers as well as defrost, misting and fog your windshield. 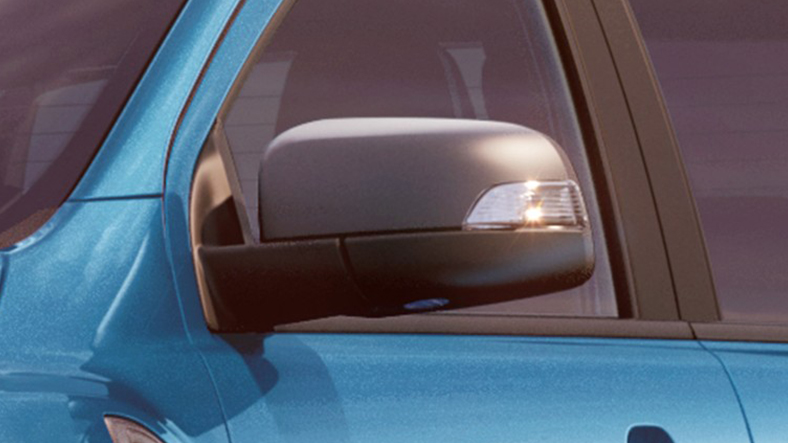 Thanks to the closing feature of the side mirrors, it prevents damage that may occur as a result of an accident. When the vehicle is parked, the folding side mirrors automatically retract. 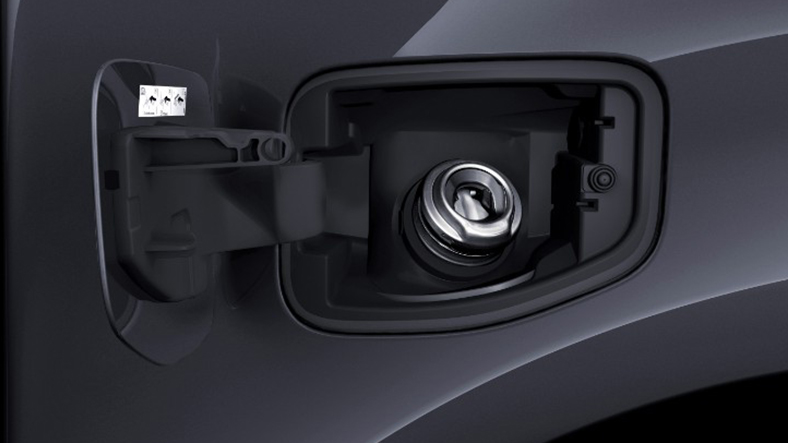 Automatic wipers that adapt to the rain: 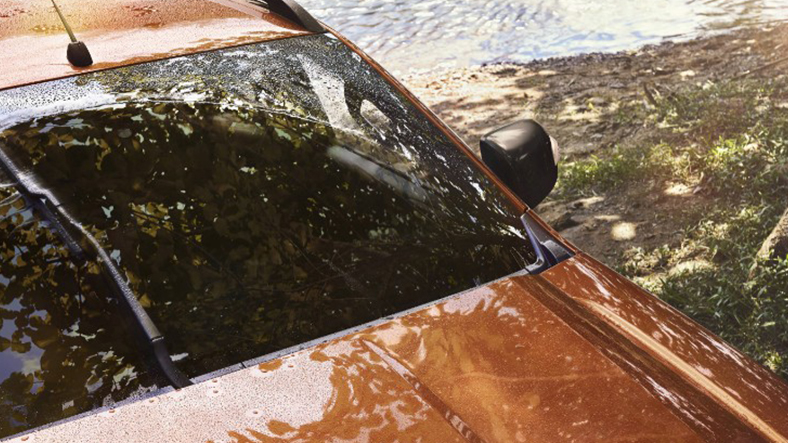 The wipers with rain sensors start automatically when they detect any wetness on the windshield of your vehicle and adjust their speed according to the weather conditions.

Determine the ideal temperature for your passengers and yourself: 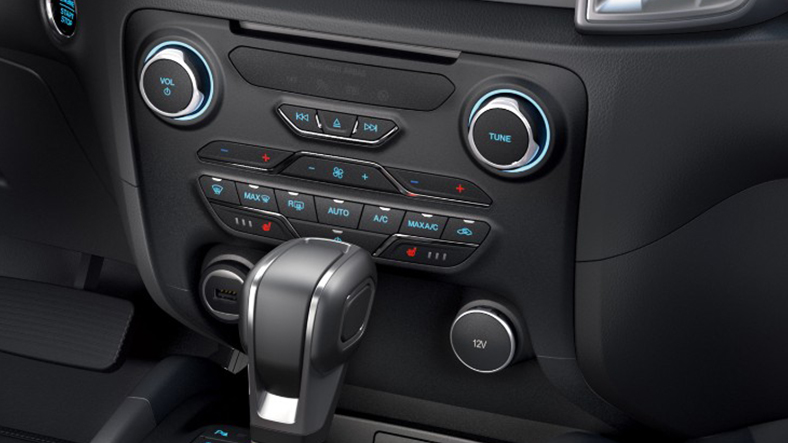 Thanks to the dual-zone electronic climate-controlled air conditioning, the temperatures preferred by you and your passengers can be determined separately. 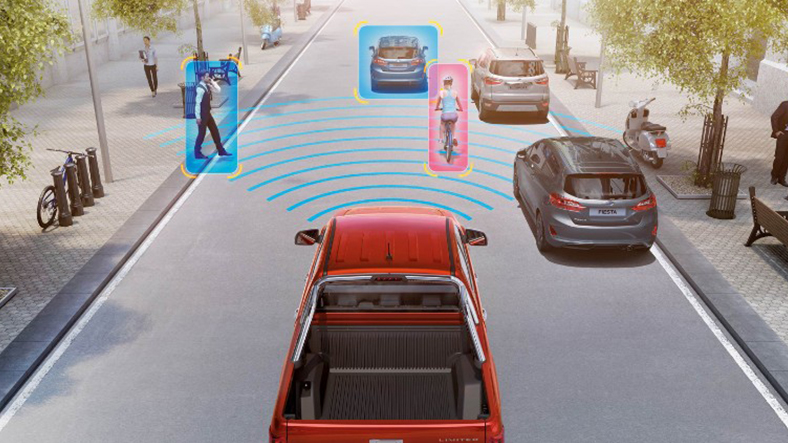 The pedestrian specifically featured anti-collision assistance uses camera and radar technology to scan the road. A vehicle gives a warning if a risk of collision with a pedestrian or cyclist is detected. Even if you do not respond to this warning, the system automatically applies full brake force to reduce the number of frontal collisions and for these collisions. 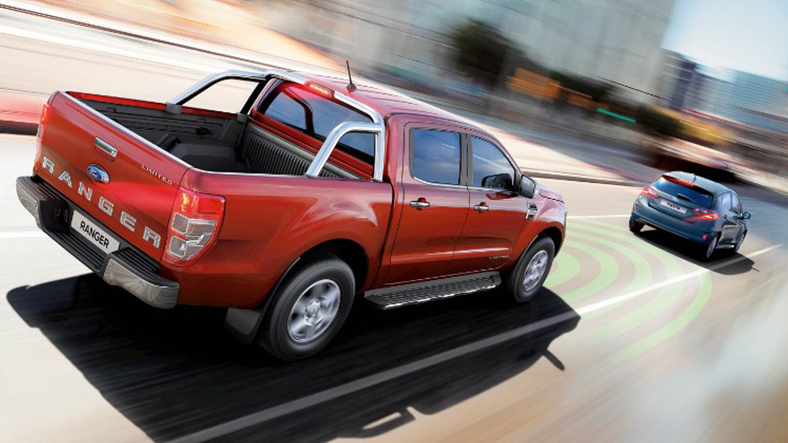 The active braking system works when traveling at speeds of 50 km / h or more. The technology scans the road ahead and alerts you if it detects a possible collision. If you don’t react to this warning, the system pre-sets the brakes and applies the brakes to help you slow down. 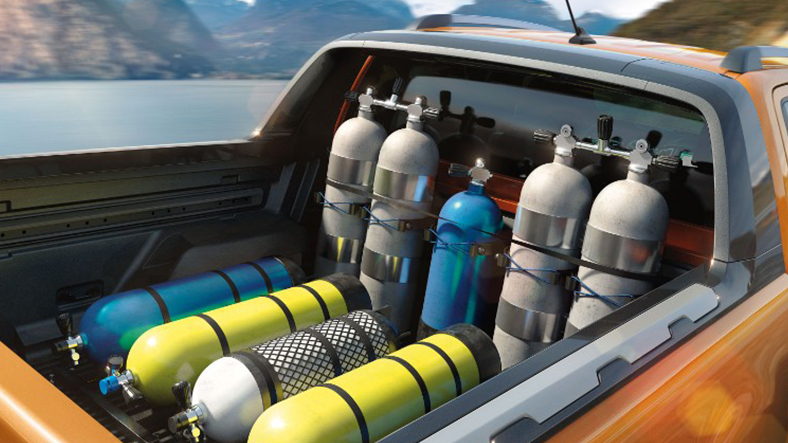 arries. Thanks to this feature, whether your vehicle is empty or loaded, control and balance is provided. 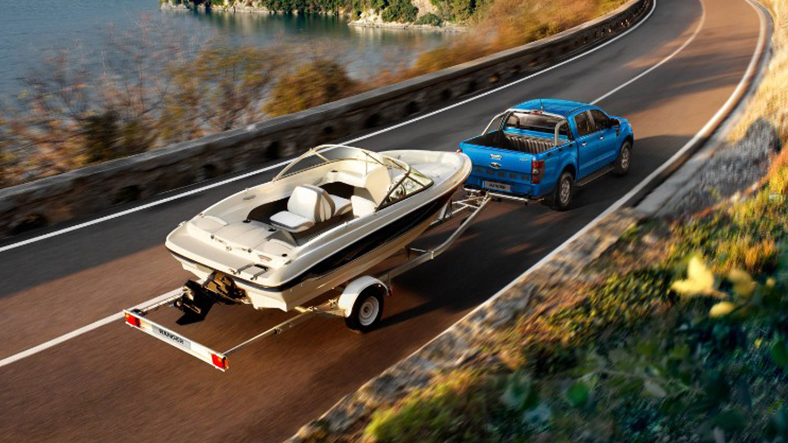 This system ensures safe traction of your trailer. It detects the trailer’s wandering or skidding, and provides more controlled traction by reducing the speed of your vehicle to help eliminate the problem. 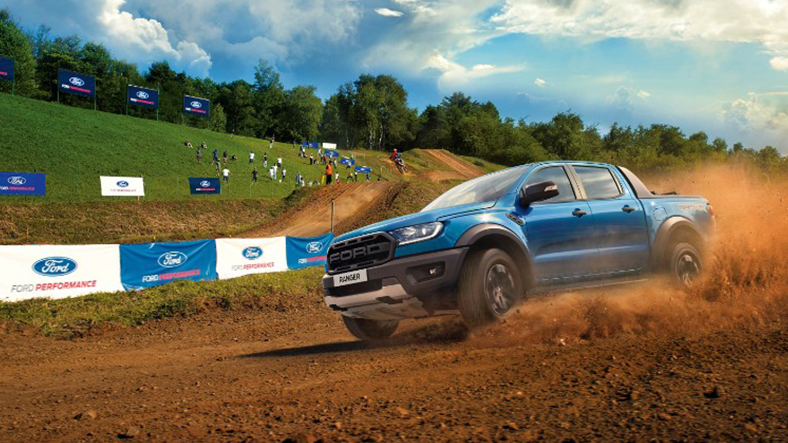 Ford’s proprietary roll rate sensor helps the anti-roll system to keep the tires on the ground, especially in curves and high center of gravity. 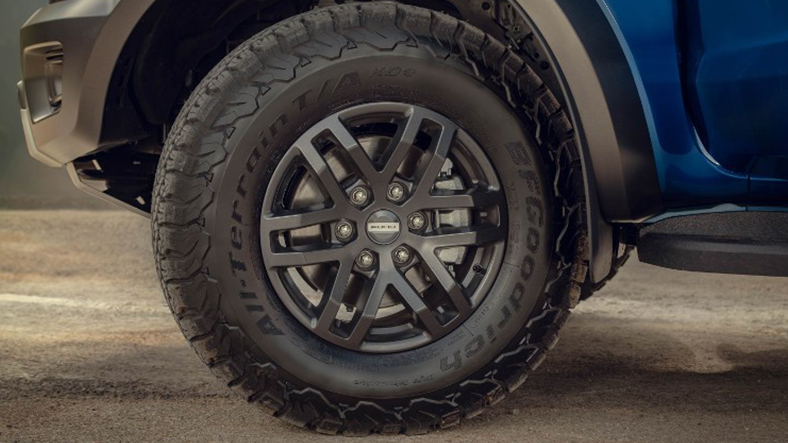 If one of your tires starts to lose pressure while your vehicle is in motion, the tire pressure monitoring system warns you by lighting the icon on the instrument panel. 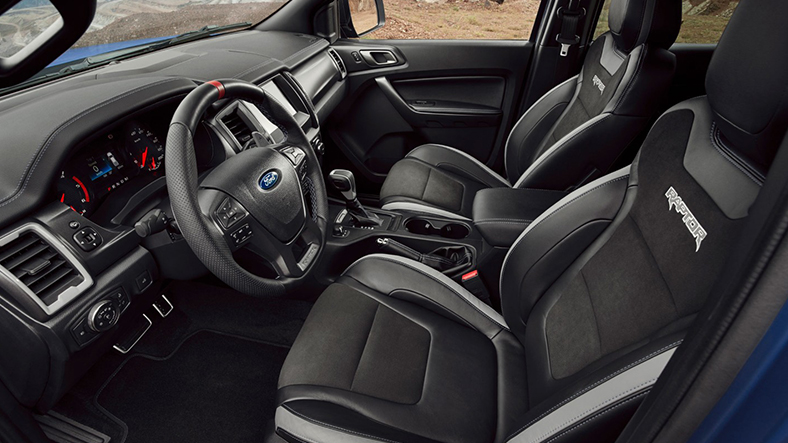 In addition to the front airbags for the driver and passenger, there are side airbags, protecting the thorax and keeping the casualty out of the impact area. Head pillows protect the head and neck against shaking. 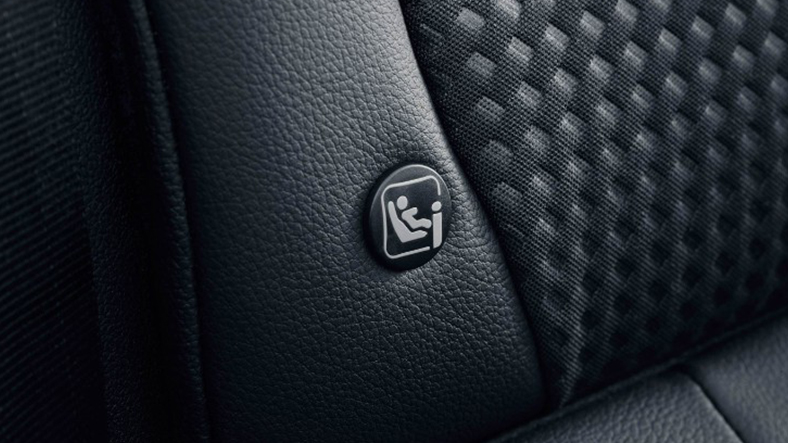 Ranger Raptor has been designed to keep your kids safe on the road. Thanks to the ISOFIX child seat attachment points in the rear, two child seats can be easily placed.