Thousands of farmers in India, protesting the new agricultural laws, blocked a major highway outside the capital, New Delhi, on the 100th day of their protest.

The United Farmers Front announced that the actions to close the 6-lane western ring highway outside New Delhi are expected to last 5 hours.

Stating that they have been continuing their actions for 100 days, Satnam Singh, a member of the United Farmers Front, said, “We do not have a hobby to block the roads, but the government does not listen to us. What can we do?” said.

Protesters who participated in the shutdown with their tractors shouted slogans against the new agricultural law.

The government of India enacted 3 regulations in September 2020 that brought liberalization to the agricultural sector and ended the base price and support purchase policies. Farmers argue that the new agricultural laws will reduce their earnings, give more power to middlemen and eventually leave them landless.

Prime Minister Narendra Modi government argues that the new laws will encourage agricultural growth through private investment by giving farmers the freedom to market their produce. 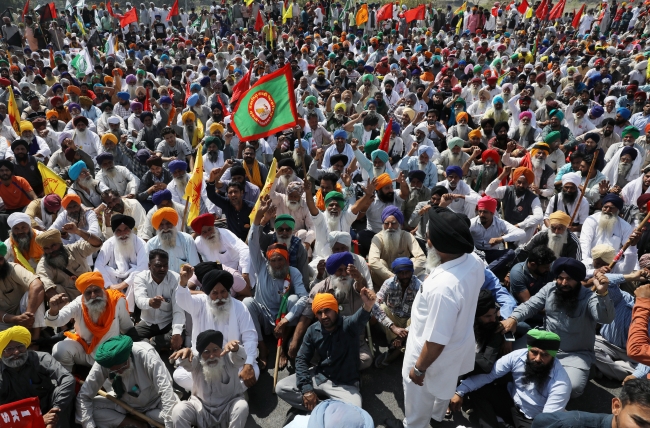 As part of the protests, there is a clash between the police and farmers from time to time.

11 rounds of negotiations between the government and the farmers were inconclusive.

The government’s proposal to suspend the laws for 18 months was also rejected by the farmers.

Farmers announced that the protests would continue after the negotiations that remained fruitless.

It was announced that more than half of the farmers in the country were in debt, and 20 thousand 638 farmers committed suicide in 2018 and 2019.