In the past days, in all social media platforms (Twitter, Facebook, Instagram) Reaching 500 million followers world famous Portuguese footballer Cristiano Ronaldo is not officially found on TikTok, the fastest popular social media platform of recent years. The fact that the CR7 has not yet logged into TikTok causes opportunists to rub their hands in order to lure Ronaldo fans into their net.

As of now, when you search for “Cristiano Ronaldo” on TikTok, you encounter an interesting result. Tens of opened for Cristiano Ronaldo in TikTok fake account, and some of them have even reached hundreds of thousands of followers. TikTok to official accounts “blue tick” thousands of users who are unaware of what they gave, track fake Ronaldo accounts and even donate. 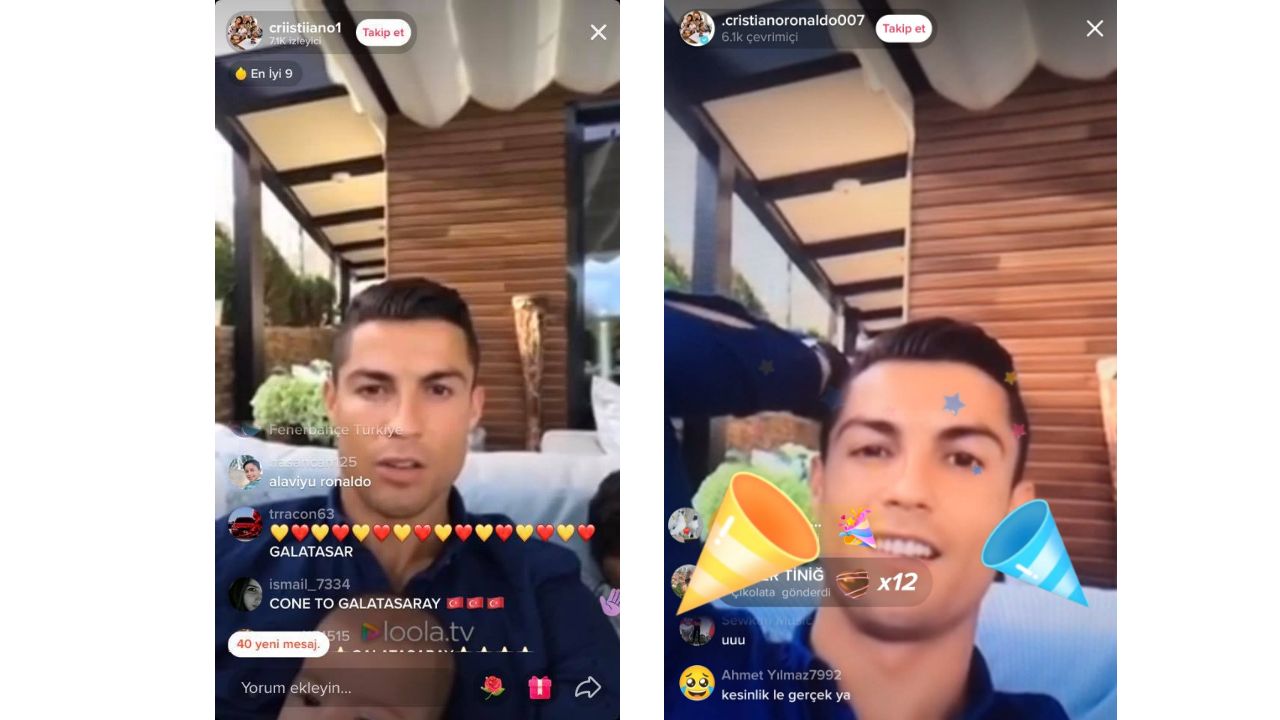 Some of the fake Cristiano Ronaldo accounts on TikTok are broadcasting live videos of the famous football player on Instagram, and these live streams are watched by thousands of Ronaldo fans. Moreover, some CR7 fans didn’t realize that the live stream was just a video. donates to fake Ronaldo accounts.

Like all major social media platforms, TikTok has a “blue tick” next to the username of the accounts confirmed to belong to the person or institution. Therefore, you can tell if the account of a famous person is real or fake by looking at this blue tick. Some fake Cristiano Ronaldo accounts aware of this situation, “blue tick” in corner of profile photo they have installed. This simple “trick” has been successful, as these fake accounts have hundreds of thousands of followers.