A factory fire broke out in the northern city of Kalyubia in Egypt for an unknown reason. According to preliminary determinations, 20 people died, 24 people were injured.

Kalyubiye Governorate announced that a fire broke out in a 4-storey clothing factory in El-Ubur district of Kalyubiye city, and 10 ambulances and 15 fire trucks were directed to the scene. 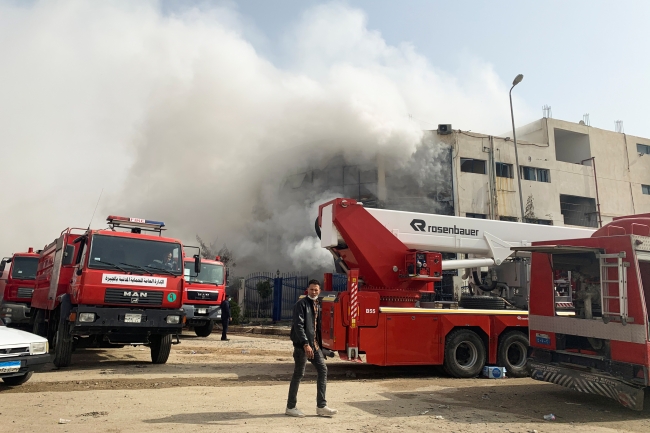 According to the first estimations, 20 people died and 24 people were injured in the fire.

The work to cool the fire, which has been taken under control, continues.

A technical committee was formed to make the necessary inspections to ensure the safety of the buildings close to the factory.