Facebook continues to work on dark mode and new site interface as promised. The new design with a Twitter-style look is in the testing phase.

Facebook announced that it will redesign the website in May and bring a dark mode to mobile applications as well as the website. The social giant started testing dark mode for the Android application in August and is now offering this option to some users via the beta version of the website.

Some users are being invited to test the new interface. The screenshots shared by users who test the new features are similar to Facebook’s design at the F8 developer conference in May. As you can see from the images below, Facebook’s new look is similar to Twitter’s home page design in general. 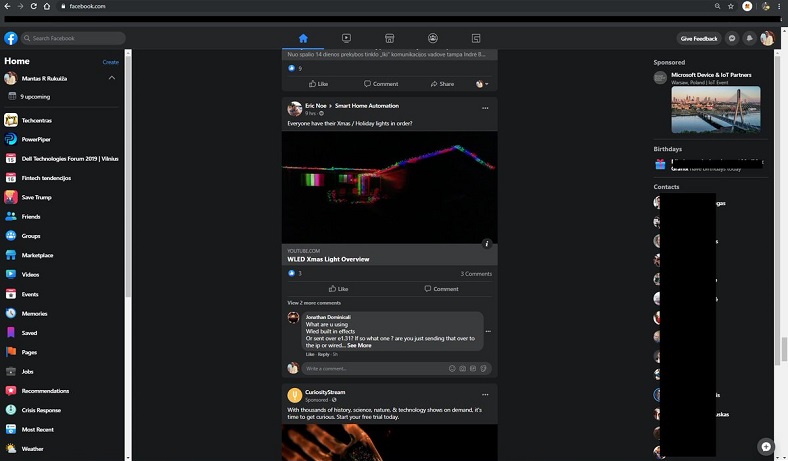 In addition to the new interface design, dark mode is underway. Facebook plans to make significant changes to the flow of its new design while adding a dark mode feature to the profile tab at the top right.

The new features you see above are currently in trial and can be seen differently when dark mode and work on the new interface are finished. There is also a function that allows them to switch to the classic version of the website for those who don’t like the new look. How did you find Facebook’s new interface and dark mode update? We look forward to the design that will emerge when the features are applied.