A Facebook official made a small statement after yesterday’s news that half a billion users’ information was shared on a forum for free. Liz Bourgeois, the company’s communications manager, suggested that the stolen data was legacy data stolen in 2019.

Facebook, which has shaken our trust as a result of various events we have experienced in the past years, came up with another big event yesterday. On a low-level hacker forum, a user shared the phone numbers and personal information of millions of Facebook users for free. This list included 533 million users from 106 countries.

Among the information shared by the user, thus disclosed, were phone numbers, Facebook usernames, full names, locations, birthday information, biographies and, if not all, e-mail addresses. Whether the information was leaked correctly or not was verified by Insider, who reviewed the incident. So it was real.

Facebook‘s communications manager Liz Bourgeois made a small statement about the incident by Retweet 9to5Mac’s Twitter post. Bourgeois stated that these data we saw were stolen 2 years ago, in August 2019, and at that time the company “detected and corrected the problem”. But she did not say anything about why or how this information reappeared. 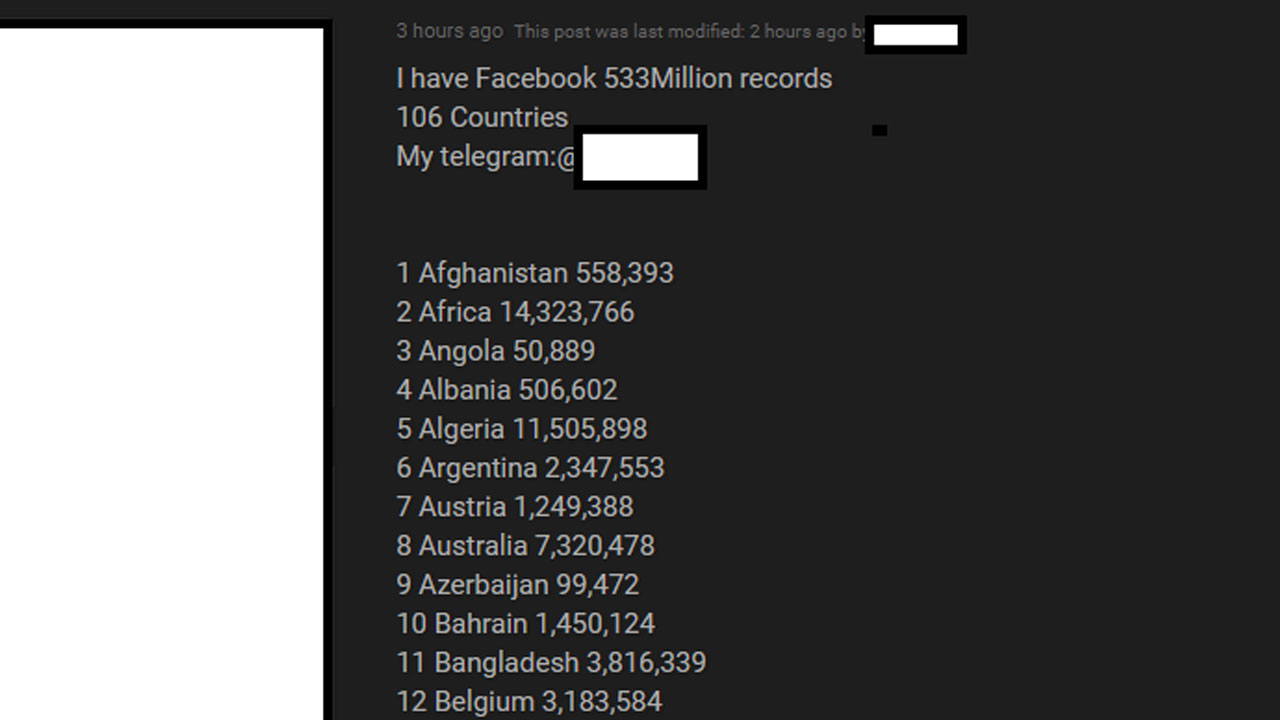 Each user registered on giant platforms such as Facebook entrusts their personal information and data to these companies. Therefore, both Facebook and all other companies must respect this data and information extremely. The stolen or unauthorized use of our data and information by companies, of course, damages the respect for the company and endangers its users.

Facebook has been having trouble with this for a long time. The company, which took the world in front of the world with the Cambridge Analytica scandal, came to the fore when a bot offered the phone numbers of Facebook users for a fee last year. These events showed that our data and information on Facebook is not as secure as we thought.