Android Q is preparing to offer brand new features. It is also possible to have a face lock.

Features such as facial recognition, face lock and a feature found on both iOS and Android phones. This feature, which frequently comes into question with security debates, seems to turn into a more reliable and more frequently used feature with new three-dimensional sensors. 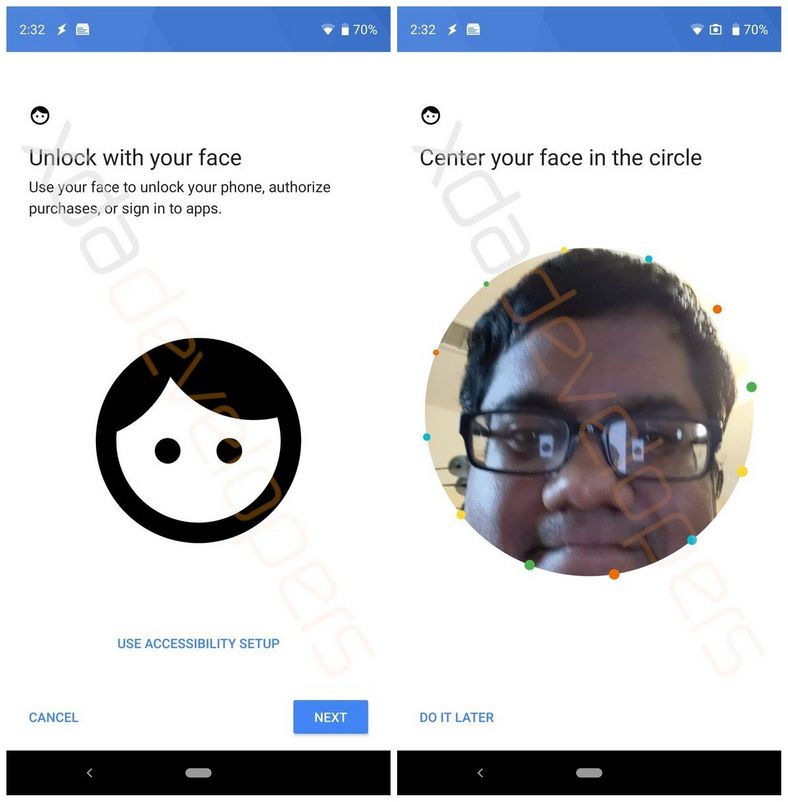 So far, only biometric permission APIs used in fingerprint sensors have now become available for face lock applications. Although this feature is not currently active in March, the Developer Preview will be the first time we can see the face lock.

Only the front camera will not be enough to use face recognition. The phones will also have the hardware to support face recognition technology. The face recognition system previously found in Android Ice Cream Sandwich was not very safe. Google does not want to experience a similar problem.