In a content we shared with you yesterday, the most used currency in the world Ethereum surpassing $ 3,000, exceeding the psychological limit, and this is the highest value (ATH) in Ethereum history we mentioned. It was thought that the cryptocurrency could correct at these levels, but that was not the case. Ethereum continues to rise, 3. 477 dollars

It was trading at level and updated its ATH level within a day.

When we look at the data on the platform called CoinMarketCap, we can say that the price of Ethereum at 14:52 continues to be traded at $ 3.470. This uptrend has been the case for Ethereum since the beginning of this year. 350 percent

It means that it is valued around . When we increase this time period to the annual base, we can say that the valuation in Ethereum is around 1700 percent. Of course in the crypto money markets bull season and the renewal of ATH levels in Bitcoin directly affected Ethereum.

Ethereum’s most up-to-date price chart is as follows 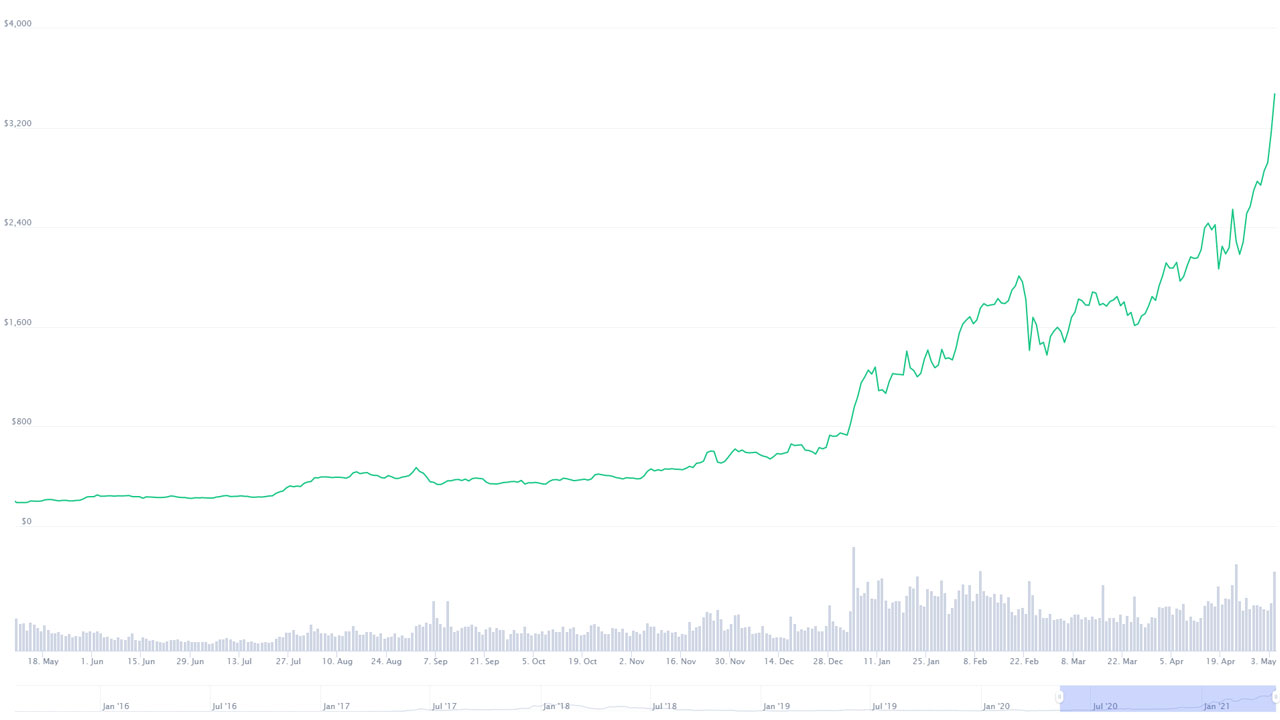 To be clear, the value of Ethereum is just beginning to be understood. Because this altcoin, has its own blockchain network, which means Ethereum can be used for countless projects. Already released altcoins

This is precisely why so many of them are connected to the Ethereum network.

Total market volume in crypto money markets, for $ 2.3 trillion about to arrive. While Bitcoin covers the largest part of this volume with a volume exceeding $ 1 trillion, Ethereum provides the largest part of the remaining volume. When we look at the data on CoinMarketCap, the market volume of Ethereum for $ 402 billion we can say that it is leaning on stairs. These jaw-dropping amounts, in an increasingly digital world a brand new order has been established and it is a clear indication that the exchange tool in this order is not traditional currencies, but cryptocurrencies such as Ethereum and Bitcoin.

Note: This content cannot be considered as investment advice.