We recently mentioned that NVIDIA is preparing for the RTX 3050 and RTX 3050 Ti display cards. Judging by the information from Moore’s Law is Dead, the AMD front will also introduce the entry-level RX 6500 series card in the first quarter of 2022.

Kardollarsar, which will be on the bottom layer of the RX 6000 series, is said to be based on the Navi 24 GPU. Navi 24 will be the smallest GPU in the RDNA 2 series and will step into the desktop platform with a TDP of around 100-120W.

Let’s add that the RX 6500 series GPU will also fight rival kardollarsar in Intel’s Arc Alchemist series. Two new models may come for around $200 for the Navi 24 model, which may offer new alternatives for consumers. Unfortunately, we all know the state of the graphics card market. 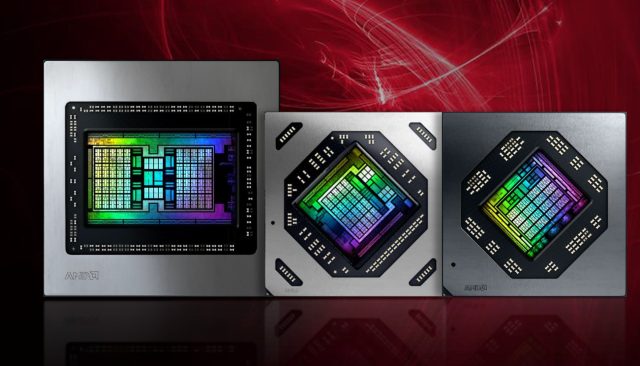 In previous leaks, it was said that the Navi 24 RDNA 2 GPU will have a single SDMA engine. The new GPU will have 2 shader arrays for a total of 8 WGPs and a maximum of 16 Compute Units. AMD uses 64 stream processors per processing unit, meaning the total core count will be 1024. The current Navi 23 GPU carries a total of 2048 stream processors with 32 processing units.

In addition to the number of cores, each shader array has 128 KB of L1 cache, 1 MB of L2 cache, as well as 16 MB of Infinity Cache. The use of Infinity Cache technology is very interesting because it was said that versions below Navi 23 would not have this technology. In addition, let’s note that the RDNA 2-based Navi 24 can be used in RX 6400 series display cards, apart from the RX 6500 series.