While the crypto money market has been on a general decline line recently, Elon Musk, who has been an event with every step he has taken in this regard and has caused a direct decline with his rhetoric, did not stay idle last month. Musk, especiallyWith his manipulative statements about Bitcoin has become the target of criticism arrows.

In the past months, Tesla started to offer the option of paying with Bitcoin for payments and especially in the first months of 2021. Musk, who came to the fore with Bitcoin investments, with a sudden statement in the past weeks, announced that Tesla had suspended the option to pay with Bitcoin. In a statement he made later, Musk stated that the issue was “mining is not environmentally friendly”. 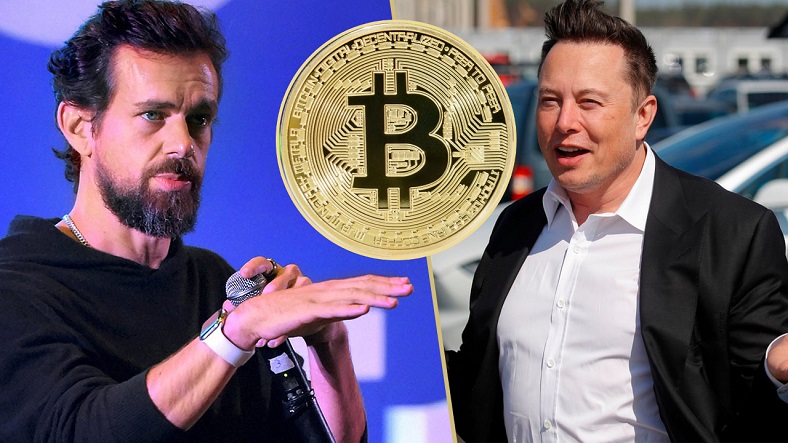 While the echoes of all these developments are still continuing, an interesting dialogue took place on Twitter, Elon Musk’s favorite social media platform.Jack Dorsey made a post for a Bitcoin event where he will be a speaker. It will be an educational event on what steps need to be taken for Bitcoin to develop and continue on its way as a more mainstream crypto.‘The B Word’

The post by Jack Dorsey for did not escape Musk’s eyes.

Musk, with his humorous language that we are used to seeing on Twitter, added to Jack Dorsey’s tweet, which is in the name of the event. ‘Bicurious? (a concept used for people who are not against relationships other than their basic sexual orientation)’.

Jack Dorsey then replied seriously to this witty reply.Invited Musk to attend The B Word event. Dorsey told Musk that they should attend the event together, that he could ask anything he was curious about. Musk accepted the invitation in his speech, where he continued his little jokes. At the event, which will take place on July 21, it is already a matter of curiosity what topics Dorsey and Musk, a stable Bitcoin investor, will address.

If you want to take a look at the dialogue between the two: