located in West Antarctica and “Doomsday Glacier”, aka the Thwaites Glacier, also known as the doomsday glacier, we know that it is melting rapidly. We know that the biggest reason for this is human-induced global warming. But there is another reason for this extremely fast melting, and we just learned that.

It turns out that the Thwaites Glacier is melting rapidly, not only because of climate change, but also because of the Earth’s own heat. According to a study published in the journal Nature, this geothermal warming was the answer to previous debates about why the glacier was melting so quickly.

Nothing besides human-caused global warming 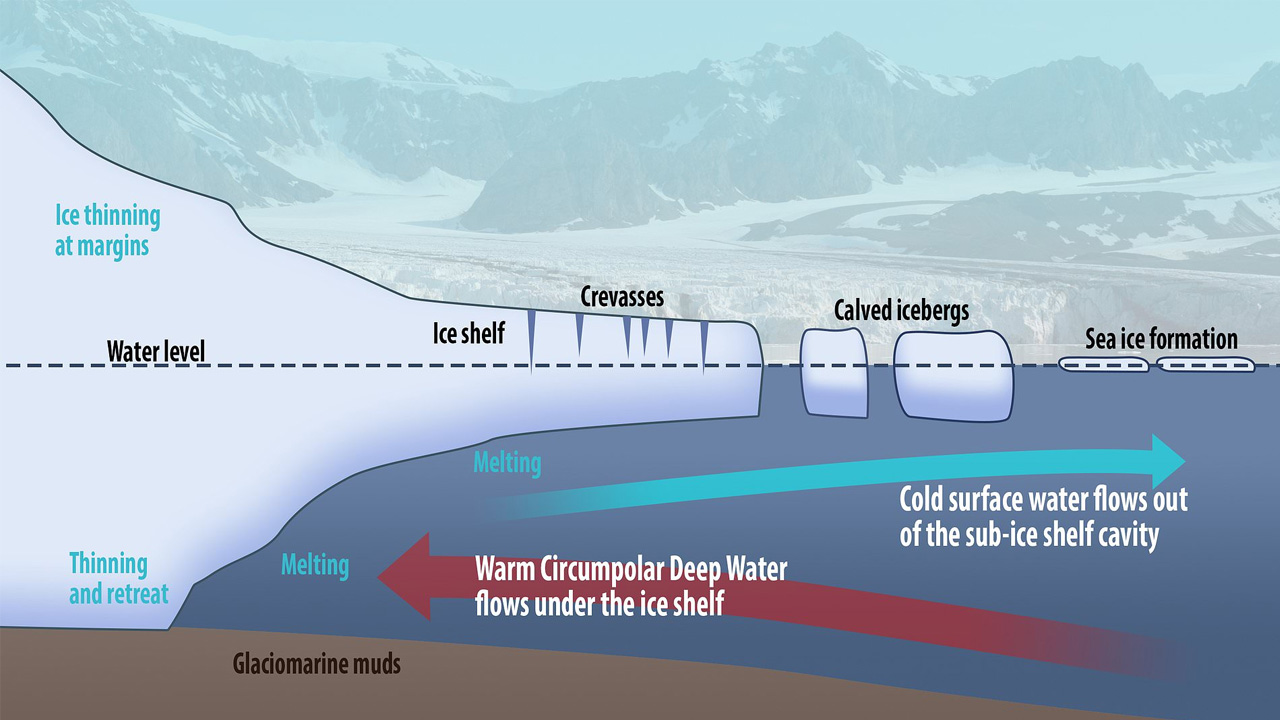 Ricarda Dziadek, the geophysicist who conducted the research; A glacier the size of one-third of America coincides with a place where the earth’s crust is thinner than normal, and that this causes a heat flux of 150 milliwatts per square meter to reach the glacier. stated. This heat flow from the Earth’s core is not actually a threat to the glacier per se. However, the climate, which is warming much faster than normal for human reasons, combined with the heat waves coming from under the earth’s crust, causes the ‘Doomsday’ glacier to melt at an incredible speed and mix into the ocean.

It will be . Since this situation will not take decades, it will be too late for some regions, and countless areas will become unusable in many cities that have a coast. We hope that the government now understands the seriousness of the situation and the way for important sustainable inventions such as ‘green steel’ is gradually opened.