According to the claim made in a forum, the personal data of 800,000 users of the American shopping site Tozlu has been captured by internet hackers. No statement has yet been received from Tozlu about the claim made in the Raid Forums , where user information is sold .

Post shared on Raid Forum about the sale of Dusty user information: 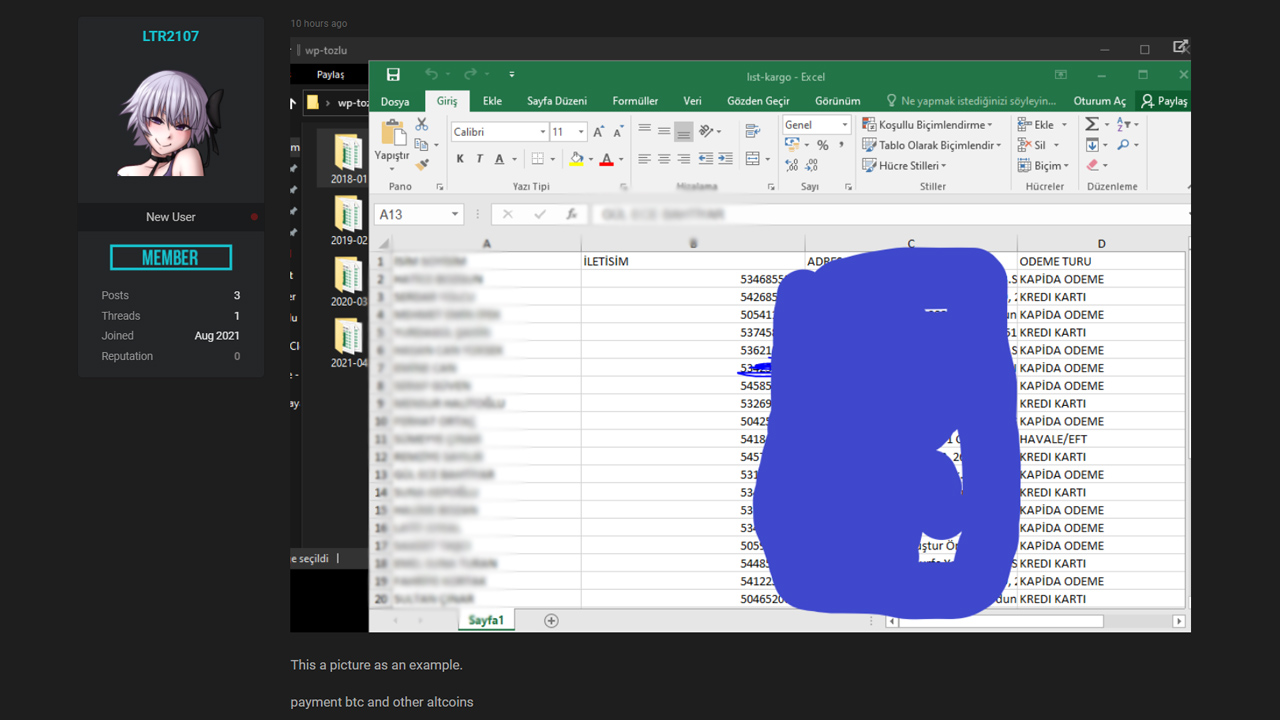 According to a post shared by a user on Raid Forums, 800 The data of about a thousand Tozlu users are on sale. The only proof of the claim, whose accuracy is not yet known, is a sample list image allegedly belonging to users. The information, which is stated to have been leaked by a Tozlu employee, who is a ‘friend’ of the people who put the data up for sale on the forum, is sold for $ 500 dollars .

We don’t know if sales made via Telegram really contain correct user information. Because the claim is new and Tozlu has not yet made a statement on the subject. ThreatMonIT, which warns users by reporting cybercrime, announced on Twitter that the information was stolen in the same way.