Samsung’s new mid-range smartphone Galaxy C10 Plus technical features appeared in AnTuTu. The device, which is expected to be a dual camcorder, has a very good equipment compared to its level.

As far as we know from previous leaks, the Galaxy C10 Plus will have a dual rear camera and Samsung’s own 1080p Full HD resolution will have a 6-inch Super AMOLED screen, just like it does on the Galaxy C9 Pro. 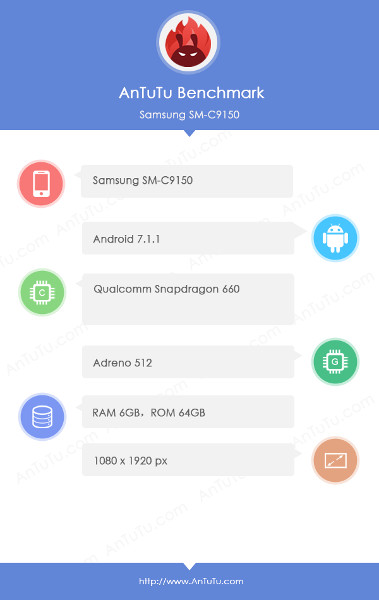 The resulting AnTuTu results reveal other technical features of the device. The device that will take its power from the Snapdragon 660 processor will have 6GB of RAM and 64GB of storage space. It is also seen once again that the device will have a Full HD screen.

Samsung is working on the Android Oreo update for just a few devices yet. As you can imagine, the Galaxy C10 Plus will work with the Android Nougat operating system, like other Samsung smartphones. However, it is also possible to receive an Oreo update in the future.