Students, who spent most of the previous academic year with distance education, felt the excitement of returning to school this year more than ever. Both those studying at universities in departments such as architecture, engineering and graphic design, as well as students who want to support face-to-face education with distance education programs and courses, are looking for a high-performance computer that will be with them in all their education processes.

Monster Notebook’s Back to School Campaign, which includes NVIDIA GeForce RTX graphics card models, continues until the end of September. Offering dozens of products to students with huge discounts and advantageous purchasing options that have never been seen before, the brand promises high performance to users who are assertive both at school and in games. 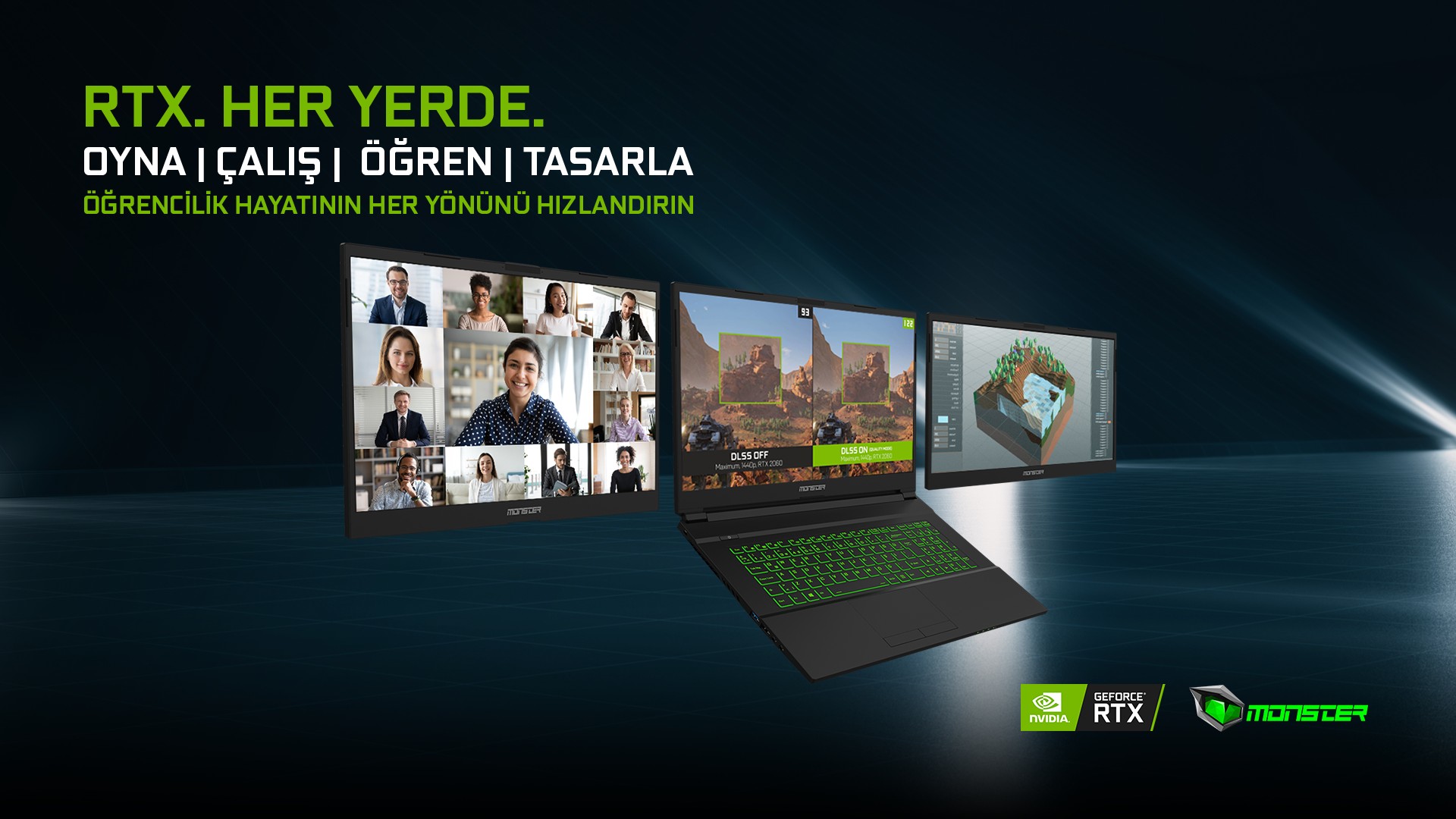 Here are the prominent features of these laptops that will take students one step further in the school period:

Powerful video card components; It is seen as the first condition of a fast and trouble-free experience in graphic and visual applications where users studying architecture, engineering and creative work. The high performance of the graphics card, which is especially decisive in the rendering processes, is among the first expectations of the students. Standing out with its rendering performance, Monster Notebooks cut the time in half in the most frequently used rendering programs such as Blender Cycles, Chaos V-Ray and Autodest Arnolda. In addition, thanks to the tensor cores in the RTX display cards, the most frequently used artificial intelligence operations such as interactive viewport denoising in 3D rendering programs can be performed with much higher performance. For example, all of the 300+ AI-powered processes in DaVinci Resolve are accelerated by tensor cores in RTX display cards.

Another feature of Monster Notebooks, such as RTX display cards, that makes students’ lives easier is that they provide a better distance learning environment with the NVIDIA Broadcast application. The NVIDIA Broadcast application makes it easy for students to take and participate in online lessons with its artificial intelligence-developed audio and video features that reduce ambient noise and prevent echoing of sounds. Turning the microphone, camera and speakers into smart devices, the application’s features such as virtual background, automatic frame and video noise reduction take lectures and presentations in live lectures to the next level.

Lastly, the lifetime free maintenance guarantee on all Monster Notebook laptops also offers a separate opportunity for students who are looking for a long-lasting use without the same high performance degradation throughout their school life. Monster Notebook owners can send their computers to technical services free of charge every six months through contracted cargo companies, and with this maintenance, they can ensure that the performance of their products is regular and long-term.

The biggest discount opportunities in Monster Notebook history are available on all Monster Notebooks, Aryond series monitors and Pusat series player accessories, including equipment such as headphones, mice, keyboards, cameras, microphones, as part of the Back to School Campaign valid for purchases made from the Monster Notebook website and stores. In another special offer for Yapı Kredi World card users, which can be combined with the Back to School Campaign, 12 installments without interest are offered for laptop purchases made until September 30.