Researchers from the Vienna University of Technology have developed an adaptive transistor designed to provide greater flexibility over runtime. The revolutionary new transistor solution is fabricated using the element germanium.

A transistor, as SciTechDaily puts it, is a small electronic component that allows or blocks the flow of current, depending on whether an electrical voltage is applied to the control electrode. While this structure allows for the creation of simple logic circuits, billions of transistors come together in a single field to form the chips we use today. 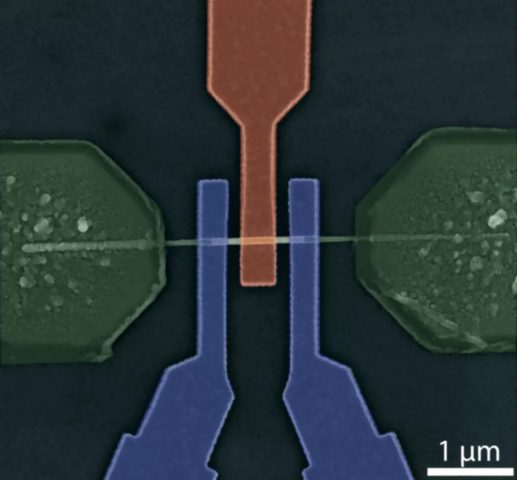 In addition to the normal control gate (red), there is also a program gate (blue). One of the researchers working on the project, Dr. Masiar Sistani says the following about the project:

“ We connect the two electrodes via extremely clean, high-quality interfaces with an extremely thin wire made of germanium. Above the germanium segment we place a gate electrode similar to that found in conventional transistors. What is decisive is that our transistor has another control electrode placed at the interfaces between germanium and metal. It can program the function of the transistor as amic.”

The researcher also explained that germanium was chosen because of some of its properties.

“ The current flow increases initially as you would expect when you apply voltage. But after a certain threshold the current flow decreases again. This is called negative differential resistance. With the help of the control electrode, we can modulate the voltage at which this threshold is.”

Professor Walter Weber, another member of the team, said that an arithmetic operation that previously required 160 transistors is now possible with just 24 transistors thanks to the new design. Thus, new transistors can be successful in terms of efficiency and scaling.

As a result, it is said that the number of transistors in CPUs can be reduced by up to 85% with adaptive transistors.