Microsoft accidentally released an interior design document for the Windows 10X operating system. The document, identified by WalkingCat, came online today and gave some more details about Microsoft’s plans in Windows 10X. The software giant originally introduced Windows 10X as the operating system that powers the company’s new Surface Neo hardware, but it seems that Windows 10X will work on similar dual-screen devices.

Microsoft has so far confirmed that Windows 10X can only be used on foldable and dual-screen devices, but adjustments can be made on both the Start menu and the Taskbar. The design document that emerged today also reveals that the company is aiming to bring Windows 10X to traditional notebook hardware.

The visual that gives hints about Windows 10X: 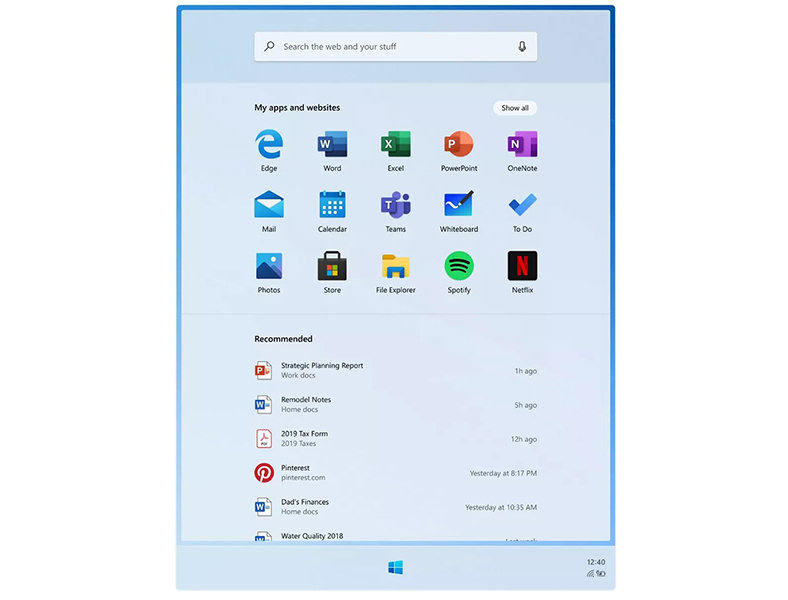 In Windows 10X, Microsoft now refers to the Start menu, which places a stronger emphasis on local search. , Seamlessly integrated with search, internet results, available applications, and specific files on your device. The proposed content is dynamically updated according to the most frequently used and most recently used applications, files, and websites ”.

According to the leaked document, Microsoft is also working on the Modern File Explorer. The company has long been developing the Universal Windows Application (UWP), a more modern version of the traditional File Explorer, and will be released with Windows 10X. To access documents stored in Office 365, OneDrive, and other cloud services, the system will come in a simplified and touch-sensitive way.

Microsoft also simplifies Action Center and Quick Settings in Windows 10X. This prioritizes faster access to critical device settings and the display of important details such as battery life.