Enthusiastic Citizen, which has shared accurate leaks by Intel in the past, has provided new information about Arc Alchemist desktop display cardsyellow. The launch of the Intel Arc mobile family took place recently. However, we still do not know exactly how the Xe-HPG architecture will be used on the desktop side.

Intel published a video about the “Limited Edition” graphics card that will be released this summer. Unfortunately, apart from that, no information was given about the desktop series. On the other hand, we got some information about the Arc A770 desktop board thanks to Geekbench entries a few days ago. In the current leaks, four different models are mentioned: Arc A770, A750, A580 and A380. 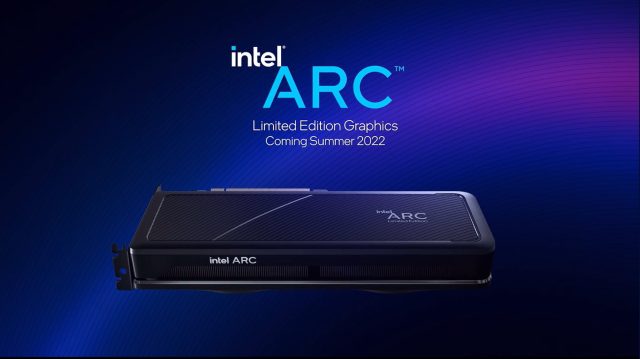 First of all, the leaker stated that there will be a delay for the desktop Arc launch until the end of the second quarter or the beginning of the third quarter. The Mobil Arc A series is still not widespread in the market, which clearly proves that Intel is having problems on the Arc side.

According to rumors, the Arc A770, will offer performance similar to the RTX 3060 Ti. It is also reported that the A770 actually has less than 16GB of memory, it will come with 10GB or 12GB of memory. In the past Geekbench leak, we predicted that the card might come with a 16GB VRAM, but that may not be the case.

Interestingly, a different model such as the Arc A750 is also mentioned. This graphics card will have 8 GB of GDDR6 memory together with the A580. Also, according to the report, the slowest desktop model known as the A380 will offer similar performance to the Radeon RX 6400/RX 6500 XT.