Last week we mentioned that Dell is working on a special memory module. Initial information with CAMM (Compression Attached Memory Module) technology was based on product leaks, but now official details have emerged.

The good news is that Dell says it won’t be a custom solution. The connectivity solution used by the company is unlike anything used by consumer computers today. On the other hand, according to PCWorld, Dell wants memory modules to be the new industry standard.

Dell will apparently seek approval by JEDEC, the standards organization for its memory solution called CAMM. However, even if the CAMM format is adopted as a JEDEC standard, the patents are proprietary to Dell and royalties are likely to be demanded from interested parties.

The company claims that its CAMM modules are up to 57% thinner than traditional SO-DIMM modules. Additionally, a double-sided CAMM can carry up to 128GB of memory. Customers looking for a new workstation laptop will soon have access to Dell Precision laptops that will ship with a 128GB CAMM module instead of using four SODIMM modules each with 32GB of DDR5 memory. 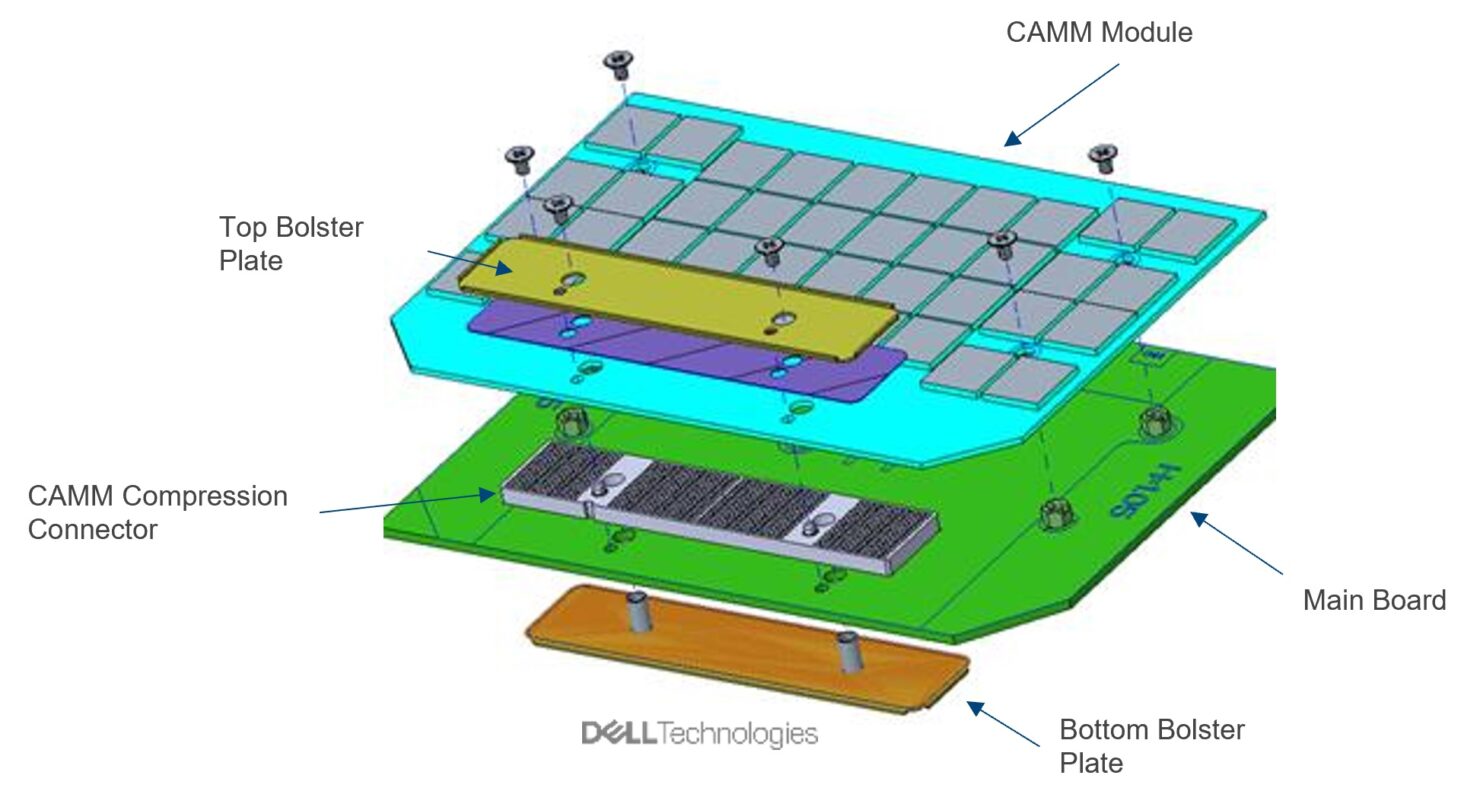 Judging by the published photos, DDR5 memory chips are densely positioned on both sides of the PCB. It is also seen that 128 GB and 64 GB modules have memory on both sides, while 32 GB and 16 GB CAMM modules will be single-sided.

Each chip connects to the motherboard via the CAMM Compression Connector held together by the upper and lower support plates. Dell has even made an adapter that can use SODIMM modules, but we’re not sure if this adapter will be used outside of in-house development.

The manufacturer also says that the CAMM connector can act as a heatsink and aid in heat dissipation. Dell laptops with CAMM technology will be available from the second quarter, according to the company. CAMM modules will be used by Dell Precision 7770 and 7670 workstation laptops powered by Intel Alder Lake-HX 16-core mobile processors.