DDR5 memory, as you know, has chips for power management on the module. Each memory carries its own power management IC (PMIC) responsible for reducing the 5V input from the motherboard to the required DIMM voltages. PMICs normally come in a variety of qualities. Designated for the high performance memory kidollar series, they are natively configured to allow manual control of voltages. However, non-overclocked memory modules have hardware locks (aka Safe Mode) PMICs for 1.1V output. Fortunately, this constraint can be ascribed to a built-in circuit. The circuit does a bit change to increase the low-level PMIC resolution from 5mV to 10mV, resulting in a higher value for a given VID. The UEFI BIOS comes pre-coded to handle this upgrade for you.

Most ASUS motherboards have the necessary circuitry to enable voltage control on constrained PMICs. Additionally, additional hardware has been added that allows PMIC voltage changes to be applied without power cycling the motherboard. All current PMIC editing parameters are included in UEFI.

Two main channels (DRAM VDD and DRAM VDDQ) have been added to the main UEFI menu to simplify the setup. Description of each parameter is in the right pane of UEFI and Other PMIC options are in the Advanced Memory Voltages menu.

There are two memory controllers inside Alder Lake processors. Whether single-row or dual-row, a DDR5 DIMM is configured as dual channel. In this context, motherboard memory slots are assigned as follows:

When using dual DIMMs, placing DDR5 modules in slots 2 and 4 (preferred over slots 1 and 3) results in quad-channel operation. It should also be noted that DDR4 memory is limited to single or dual channel operation only.

The table below shows the voltages that are important for overclocking DDR5 memory: 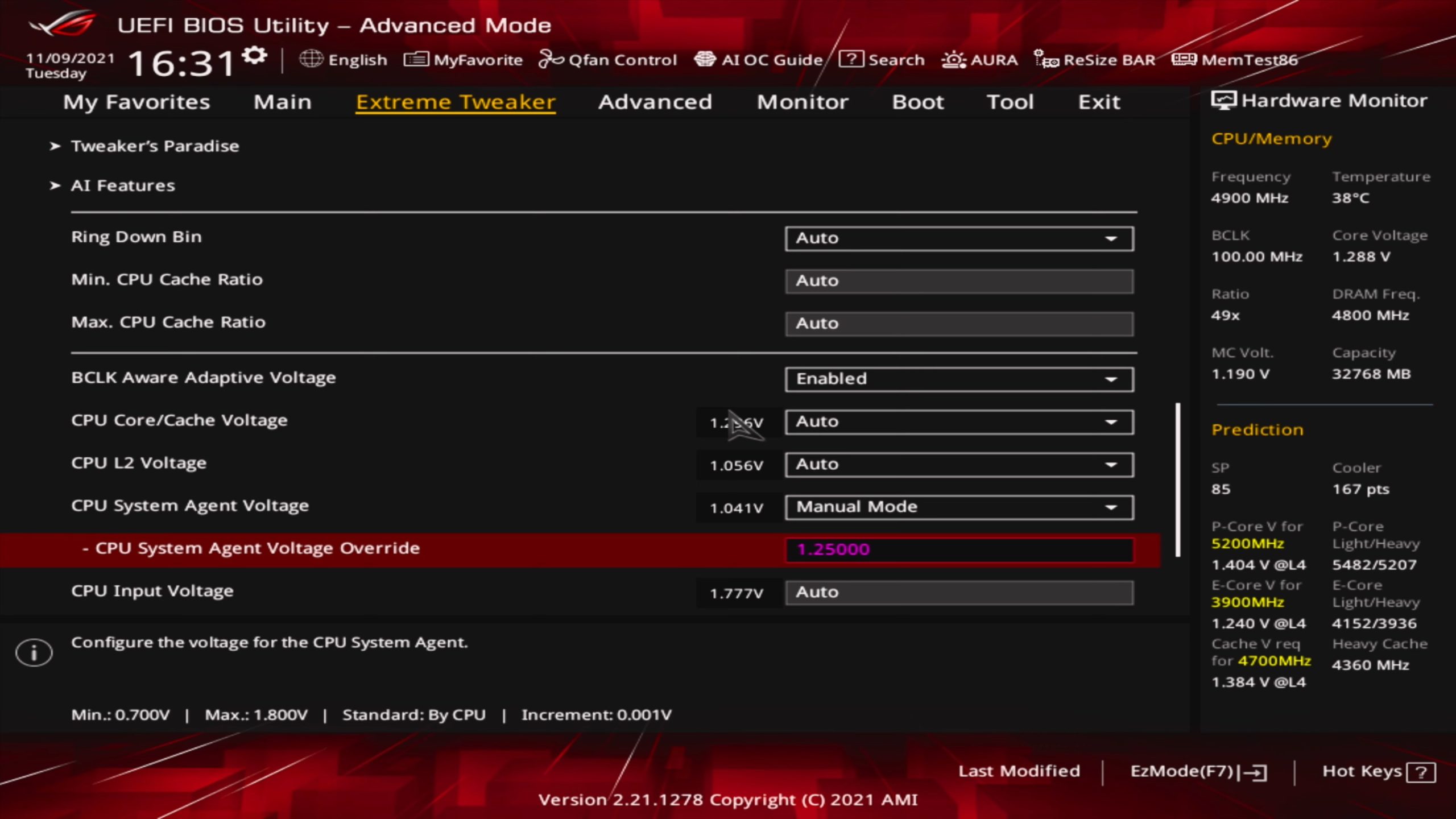 CVS amic mode provides precise control over core voltage in relation to core temperatures, allowing operating frequencies to be optimized for any workload. You can see the details about CVS in this YouTube video.

If used as follows, ceiling and floor voltages will change amicably with CPU temperatures:

Finally, you can also use ASUS OCTool to adjust CVS values ​​in real time.