Gigabyte released a list of DDR5-7000 memory modules supported by the Z690 Aorus Tachyon motherboard last week. Now, G. Skill reports that he has managed to increase the Trident Z5 memory to 7000 MT/s without using liquid nitrogen or any other cooling solution. 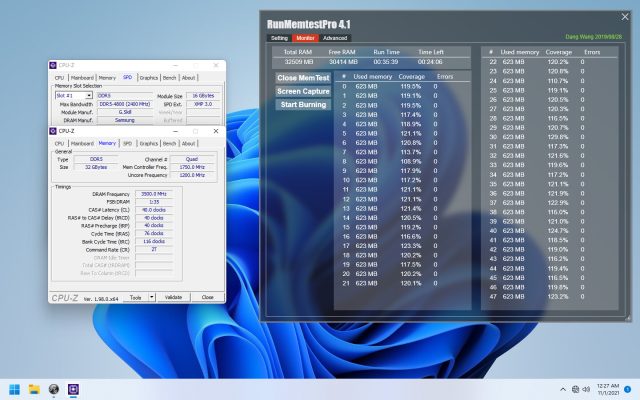 It looks like multiple manufacturers will offer DDR5-7000 modules, but quite high voltages are required to achieve these speeds. Gigabyte’s list includes 16GB DDR5 memory modules from Adata, Gigabyte Aorus and TeamGroup that can run at 7000 MT/s data transfer rate at 1.5 Volts with CL40 40-40-80 latency settings. All these modules are based on Samsung’s chips, but so far no company has officially announced them. Therefore, we can assume that new RAMs may be released at a later date.

G. Skill managed to run a pair of 16GB Trident Z5 modules at 7000 MT/s with timings CL40 40-40-76 and passed the Memtest stability test. Reaching high frequency speeds, the company unfortunately did not disclose the voltage value at which the modules work. 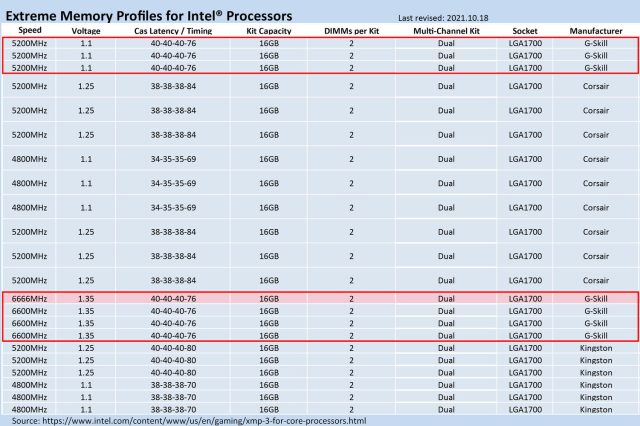 DDR5 memory normally runs at 1.1V, while overclocked modules typically use voltages up to 1.25V. The 1.5V level represents a very large overvoltage of 36% compared to the JEDEC standard. It is difficult and premature to say how such high voltages affect the lifespan of Intel’s DDR5 memory controllers as well as DRAM circuits. So much so that a 36% overvoltage isn’t something consumer grade hardware can handle for long.

Currently, at least four companies are working on high-speed modules such as DDR5-7000. We will likely see frequencies above 10,000 MHz from DDR5 in the coming years.