We have reviewed many of Corsair’s fans so far. These were fan series such as SP, QL and ML. Each of these are products produced for different needs. The fans that are the subject of this review will be the iCUE ML RGB Elite model, which Corsair adds everything to it.

First of all, let’s take a closer look at the evolution of the ML series. Announced in 2016, the ML series had many models. ML, ML PRO and ML PRO LED. The LED ones were not RGB and white, red and blue models were sold separately.

The difference between ML and ML PRO is that ML PRO uses rubber material that absorbs vibration-induced noises at the point in contact with the case or cooler to reduce vibration.

A year later, Corsair released the ML PRO RGB series. As you can tell from the name, these were core-lit RGB fans.

And finally we see ML RGB Elite fans. The Elite phrase at the end looks like an update Corsair has applied to its entire series. The Elite version of the SP series, which is optimized for static pressure, has recently been released and we have also reviewed it. 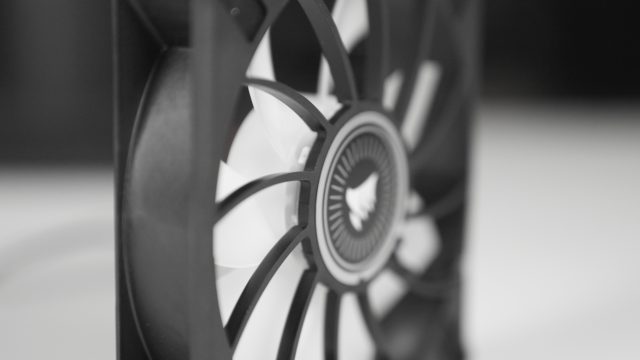 Corsair’s fans with „Elite“ at the end box design changed. Now you see the fans as soon as you open the box. Their 4 screws are in the small kilidollarsi poşedollarser and their cables are in this compartment on the side. When we remove the fans, we see the Lighting Node Core RGB controller in the bottom box.

This box design is better than before. In the old box design it was almost impossible to put the fans back in these little yellow boxes after taking them out of the box. Now you can put it back in its box in an orderly fashion.

The biggest improvement with the Elite update seems to be AirGuide technology. This technology ensures that the air is sent straight as if it is passing through a pipe, thanks to the anti-vortex plastic parts placed on the side where the fan blows air. 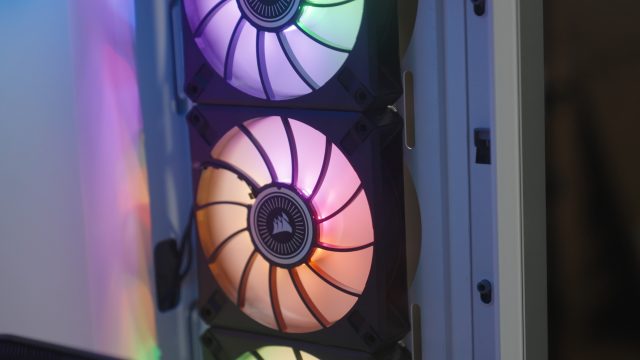 A fan illuminated by 8 LEDs from the ML120 core. The fan blades and body are kept translucent to ensure a homogeneous spread of light.

Under the iCUE application, you can see the addressable LEDs on the fan one by one and light them yourself, or you can select the lighting patterns and have these color changes occur in a certain order.

Especially as the number of fans increases, such sequentially addressable RGB animations look even better.

The design of the frame has completely changed. Compared to previous ML fans, it has a more square and simple design. It’s good to see that the anti-vibration rubber has been retained, although the frame design has changed.

We used fans from the older ML series in most computers we collect and use at Technopat. Although these fans have been working for years, we have not encountered any problems. In this sense, I can say that we have personally witnessed their longevity.

If you choose 120mm, these fans can be either single or triple pack. you can receive. If you choose 140 mm, you can get single or double dollars. Lighting Node Core RGB controller comes out of the double and triple packedollarser.

In addition, you have color options. The fans come in black or white. As someone who uses the white system, I welcomed this if they were happy. 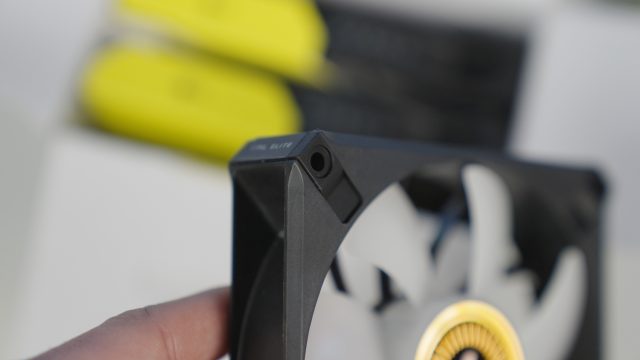 The anti-swirl feature used in these fans was also tested in our previous fan review. we had. We ran it on the table and looked at how far it could take the air compared to other fans, and we got really impressive results.

In this video, we applied a slightly different test. We tested whether this feature would have an impact on in-case temperatures. We measured the temperature of the system components by installing Corsair fans with and without AirGuide on the front of our case and running them at 1400 RPM, respectively.

We chose the Corsair SP120 RGB Pro series as the fan without AirGuide.

We used Unigine’s Superposition test to load the system and chose the 4K preset. During the test, we measured the maximum temperatures reached by the VRM, memory, graphics card and processor with the Hardware Monitor application in the background.

We see that the part that makes the most of the AirGuide feature is the processor, a drop of 3 degrees is really impressive. The radiator ML fans we installed on the case seem to have benefited more from the cool air blown into the case. Apart from memory, we can see a decrease in other components as well. Of course, it is possible to see different results depending on your case, parts and ambient temperature. 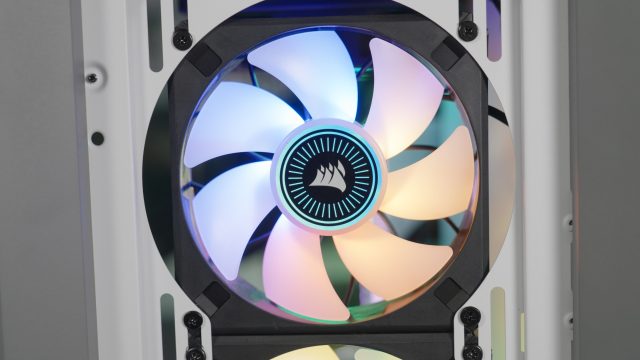 ML RGB Elite Corsair is the top tier of fans, and it’s truly one of the most beautiful and high-performance fans I’ve ever reviewed.

If you want to replace your old, poor quality and noisy case or radiator fans, the iCUE ML120 RGB Elite can be a good investment.

Don't have an account?
Anmelden
Back to
Einloggen
Back to
Einloggen
Choose A Format
Trivia quiz
Series of questions with right and wrong answers that intends to check knowledge
Poll
Voting to make decisions or determine opinions
Meme
Upload your own images to make custom memes
Video
Youtube and Vimeo Embeds
Image
Photo or GIF
Gif
GIF format