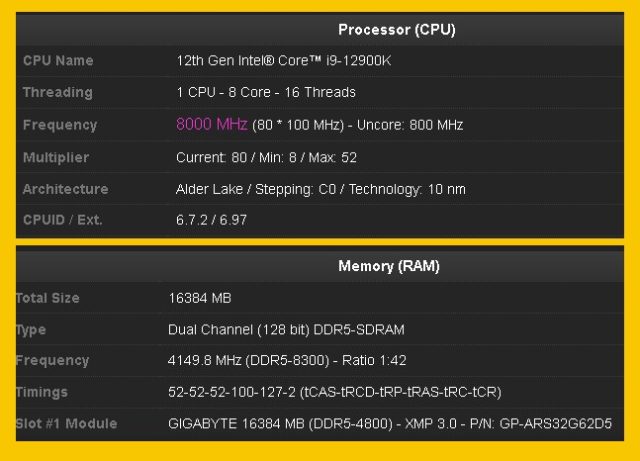 Considering that processors such as Core i9-12900K, Core i9-11900K (7.3 GHz) and Core i9-10900K (7.7 GHz) cannot approach the 8 GHz barrier, it proves that it is a very successful chip in overclocking. The new chip has already set several world records and we can expect much more once the Alder Lake embargo is lifted. 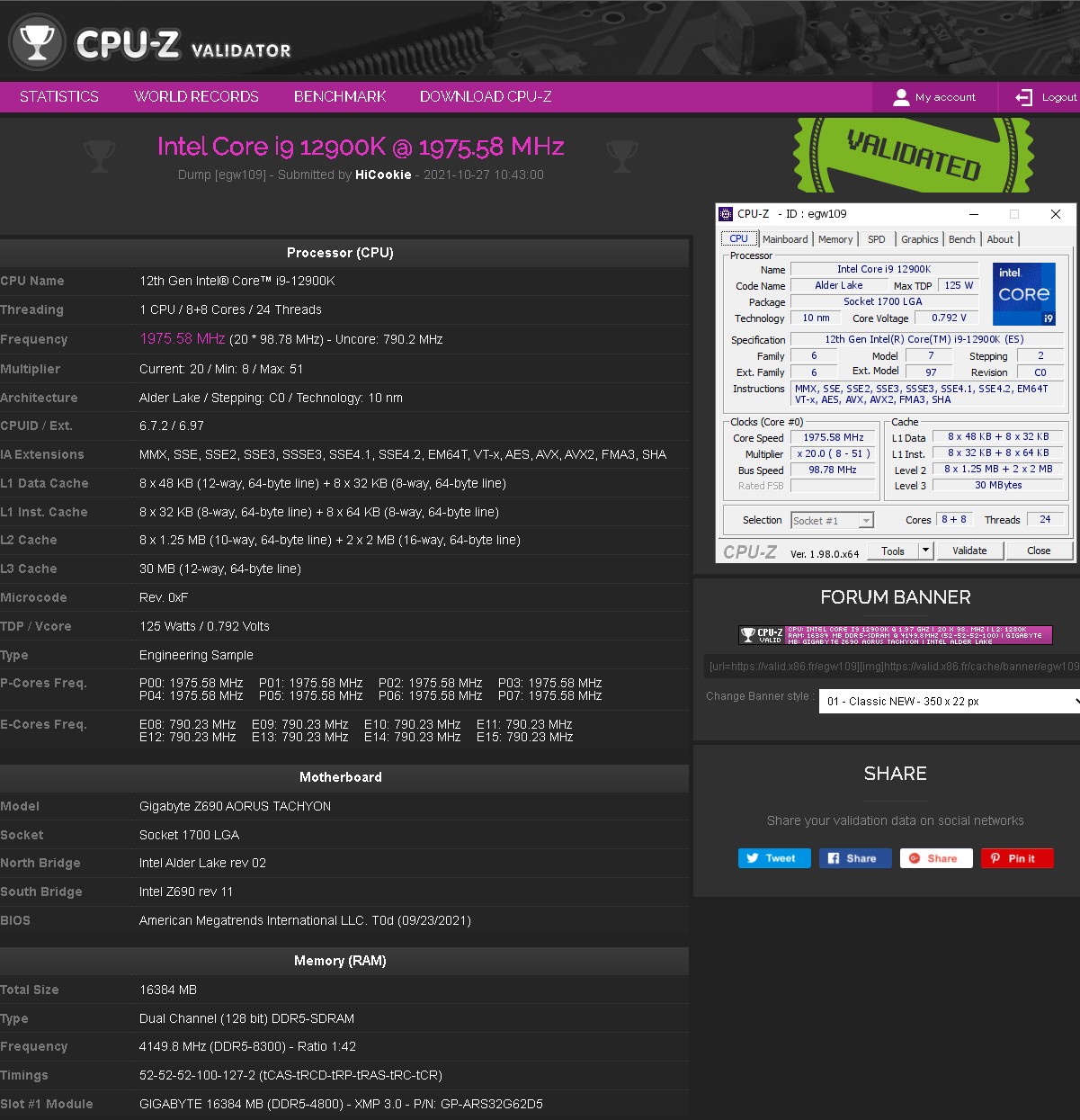 Since the overclocker is backed by Gigabyte, it naturally used the manufacturer’s hardware to achieve this feat. On the motherboard side, the Z690 Aorus Tachyon model, which has only two DDR5 memory slots, was preferred.

Intel’s Alder Lake processors have been available for pre-order since a week ago and are starting to go on sale worldwide as of November 4.