The Cooler Master MasterLiquid ML240 Illusion White Edition liquid cooler, which we reviewed in this video, is a product the company designed with those who assemble a system made up of completely white parts in mind. It’s a nice option to assemble a system that goes well with the brand’s other all-white-themed pieces.

As for why you would want to assemble an all-white system, the answer lies in the large number of addressable RGB LED lighting found on the heatsink fans and CPU heatsink. RGB LED groups in the fans and heatsink can be programmed in great detail with the accompanying controller. 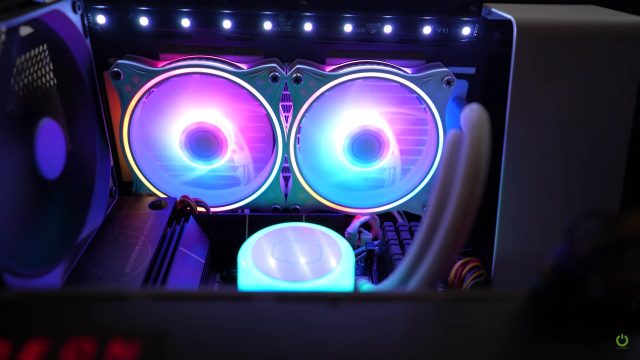 In a system where the entire case is made up of white colored parts, such intense and multi-layered RGB lighting can produce spectacular results. However, since we do not have an all-white system, it was not possible for us to clearly show this effect in our video.