According to a new circular issued by the General Directorate of Security, recording of audio and video while police personnel are on duty in the public space was prohibited. Taking a video with a phone as a justification block task and privacy breach of personal data, according to this circular, which is shown to be created, people who register can be ‘blocked’ by the security personnel. If necessary, about these people legal action can be started.

Regarding the subject “ One of the most basic personal rights of recording and broadcasting the audio and video of individuals without permission breach of privacy of private life “, while security personnel “often” encountered was expressed. “Sometimes These violations that reach the size that prevent the task from being performed, from time to time, is published on various digital platforms in a way that harms the personal rights or security of our personnel or citizens. ” statements were also included in the circular.

‘Our staff should not allow such behavior’: 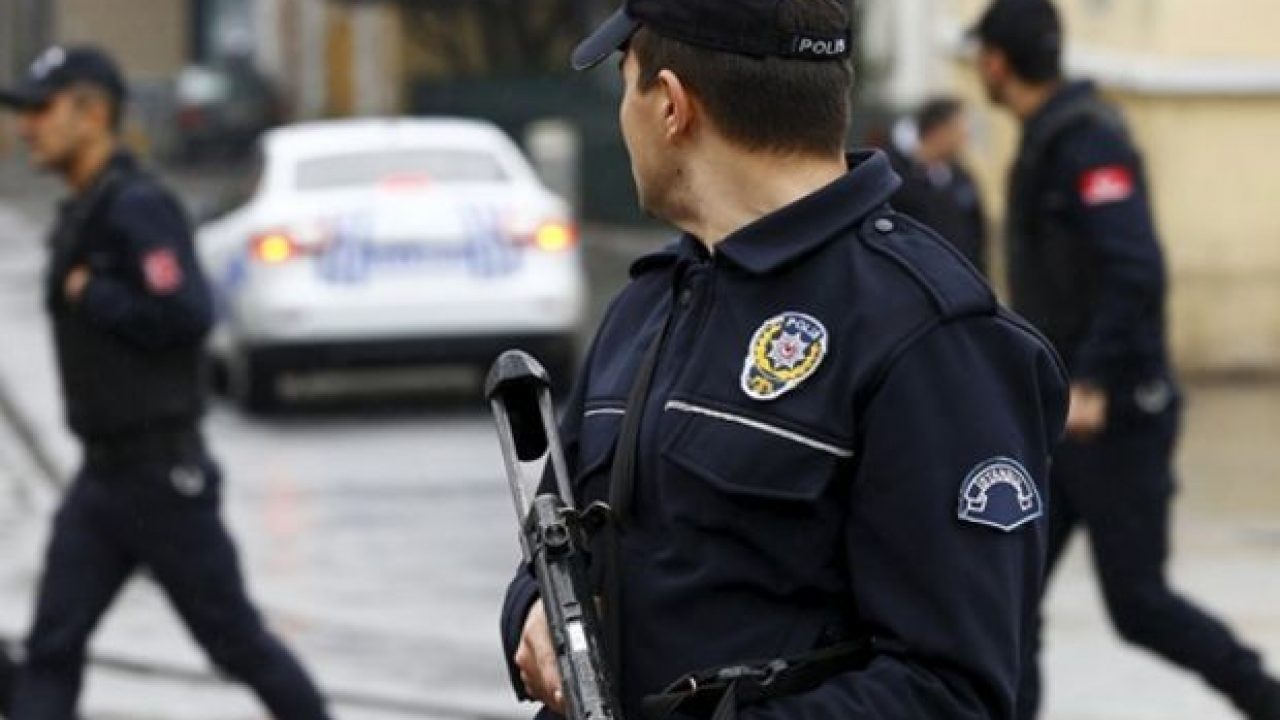 In the published circular, it was clearly stated what the security personnel should do in such cases. ” Therefore; Our personnel do not allow such behaviors that will result in receiving such sound and image while performing their duty, depending on the nature of the action or the situation. block people who record, statutory rags that they need to take legal action when yellow occurs, I strongly request that all our personnel be informed. ”, according to the allegations in the circular containing the statements, such records are used to mislead the public.

It was the subject of controversy:

However, this circular issued by the General Directorate of Security has been the subject of discussion in many aspects. According to many lawyers, recording the behavior of a staff working in the public sphere, especially if there is an element of crime cannot be blocked because this is to record the crime, not the violation of privacy.

Reactions to the circular on social media: 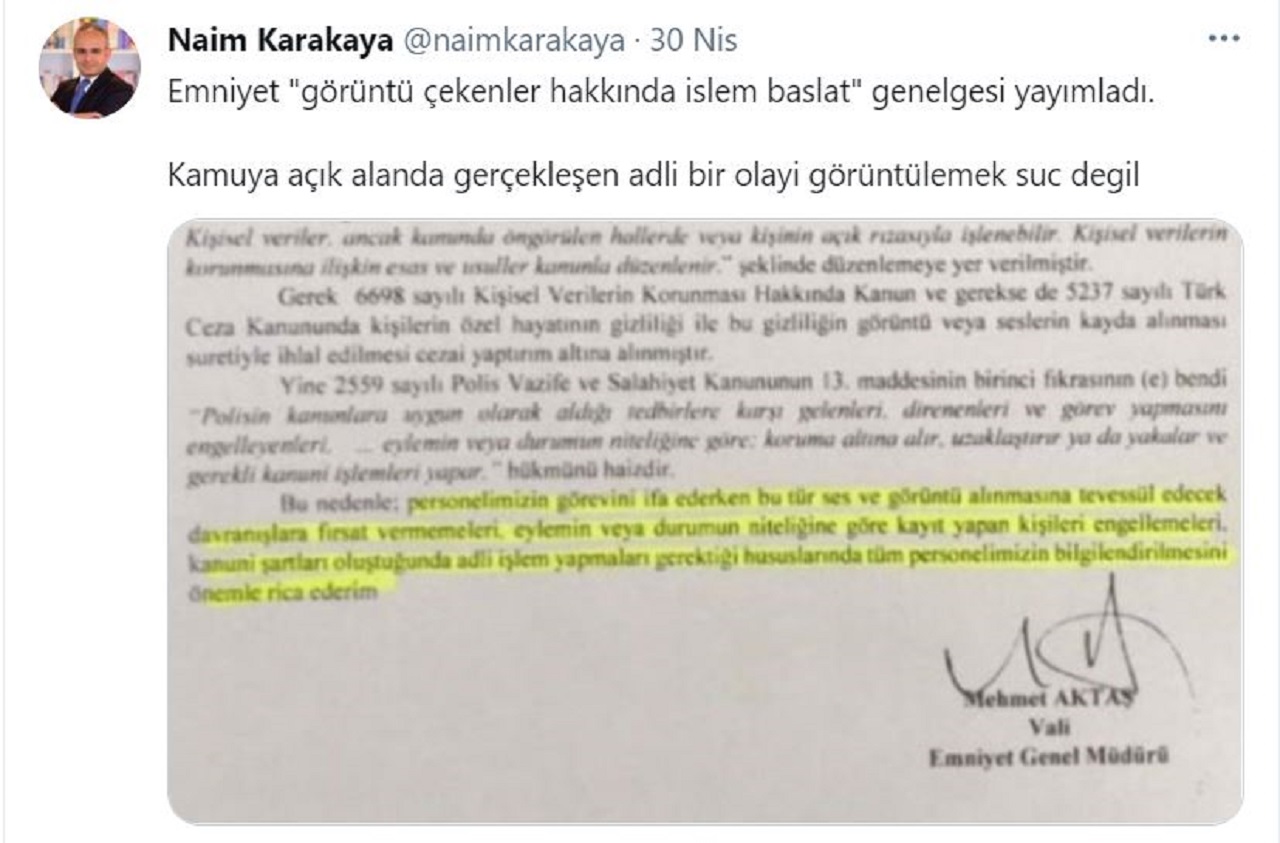 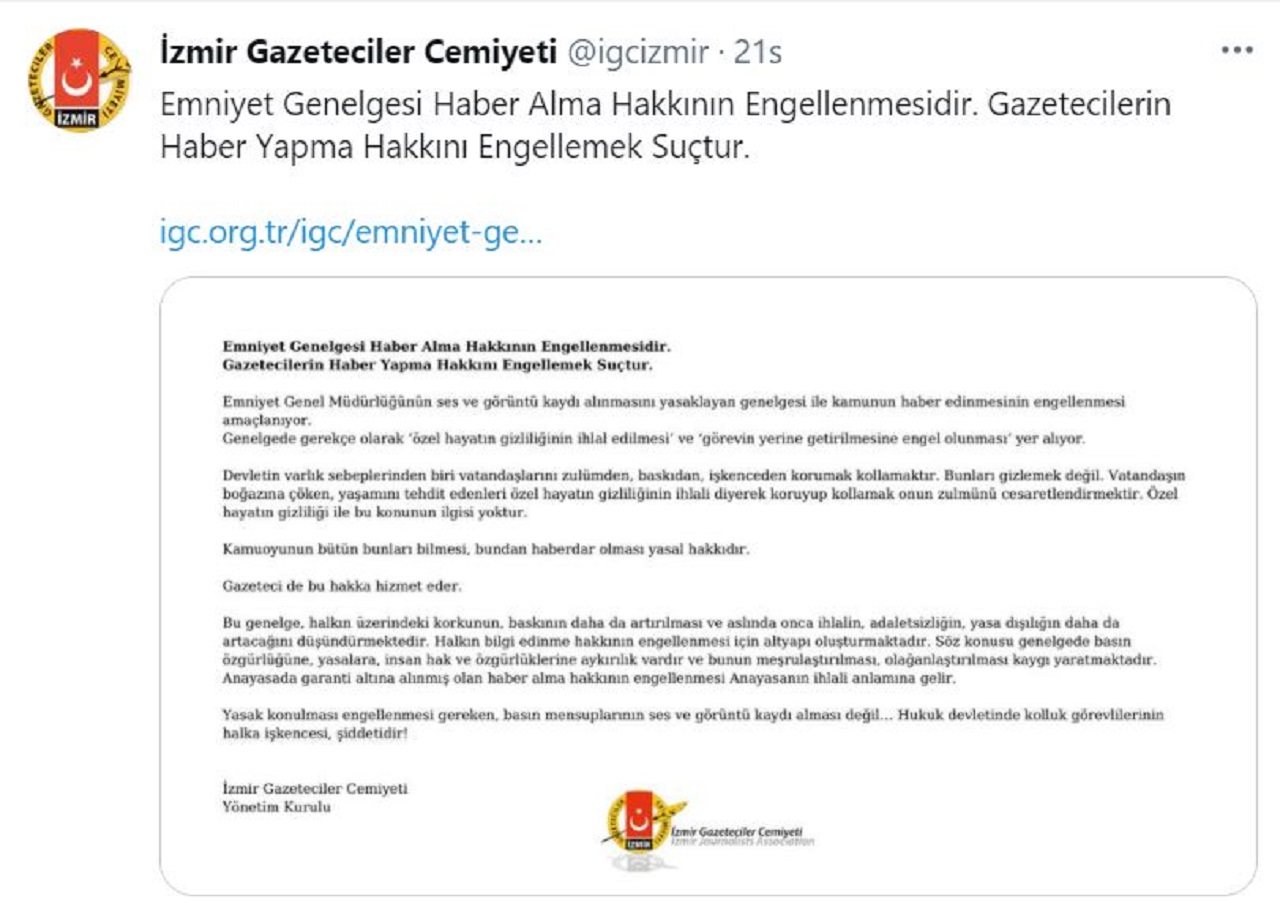 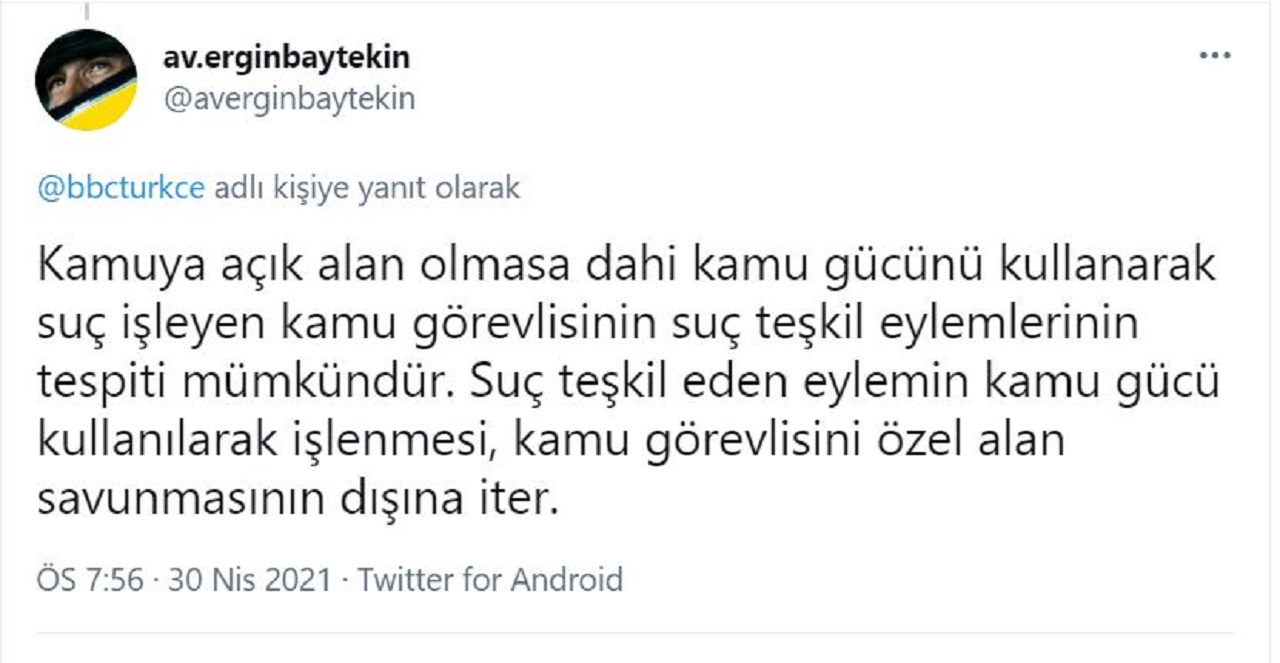 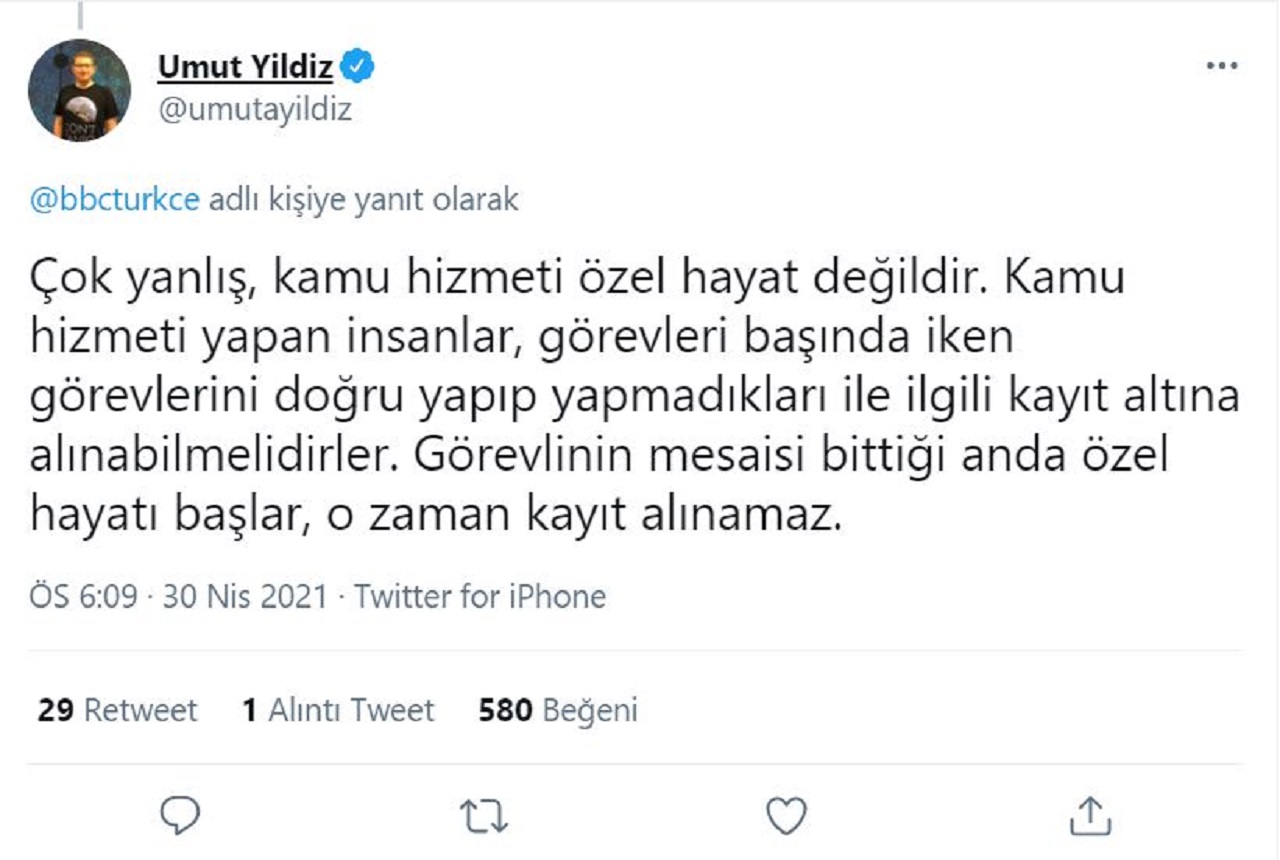