by Michael Lewis 2 weeks ago2 weeks ago
5kviews
327

Chia Coin is an alternative cryptocurrency designed as a greener solution for cryptocurrency mining and has made a rapid entry into the market. Chia, which can be mined with HDDs and SSDs, had peaked in the last three months. Afterwards, it lost a lot of value and therefore miners are reported to have fled to other platforms. According to a report from VNExpress, some miners are now selling SSDs as “refurbished” used when trying to dispose of drives.

Chia Coin developers had promised green mining with the Proof of Space (PoS) mining technique. Where previous coins used the Proof of Work (PoW) technique and massive computing resources, Chia emerged as a cash-saving alternative with the storage capacity of SSDs and HDDs. 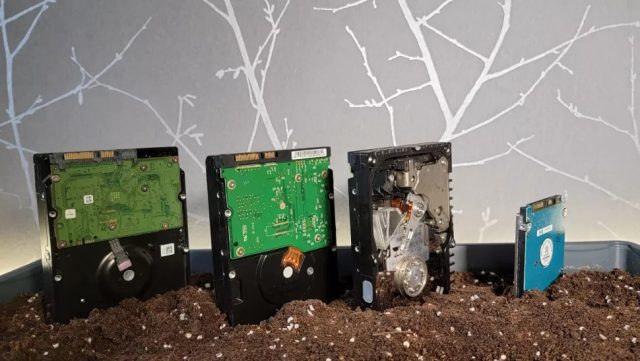 While miners initially wanted to acquire large amounts of storage in Chia mining, SSD and HDD crashes were caused. The coin subsequently dropped to $220 three months after a brief peak of $1,685. As a result, miners began to move away from this platform and seek other pursuits. Miners in need of capital want to sell the existing HDDs and SSDs they use for Chia mining.

As you can imagine, Chia mining drastically shortens the lifespan of SSDs as it constantly writes an incredible amount of new data. SSD wears out with use over time, the probability of failure increases and it gets closer to the end of its life.

At the start of the Chia mining spree, the average selling price of a 6TB HDD had seen a 60% increase over the list price and was around $286. Today, fiyadollarsar has dropped to $110.

In the published report, it is stated that used drivers are bought in bulk, then refurbished and sold in various markets. It is even said to be sold as “new” in China, where demand for these drives is still very high. As a result, it may only be a matter of time before these refreshed SSDs appear in the Chinese market and then expand to other markets such as Asia, Europe and the USA.