Posture; Bone, joint, muscle, tendon joints are able to hold the body and spirit in a simple way when it is moving or stationary against gravity.

This concept, which is called body posture in its shortest form, takes into consideration when the body is moving and when the body is not moving. Such that inactive posture involves the position of the body in moments of sleep and rest where the body is inactive. Active posture is divided into dynamic and static. Dynamic posture, postures are taken by the body for movement are addressed. Another type of static posture is that the muscles in the body are stretched against the irresistible gravity.

Posture analysis plays an important role in understanding whether there is a postural disorder in the subject. These parts include names such as examination of joint movements, flexibility tests of muscles, plane and axis analysis and position evaluations in anatomical structure. Nowadays, social life has become faster than in the past and constant rushing has increased posture disorder situations. May occur due to past accidents or crashes In school years, children are carrying heavy backpacks, carrying bags on one shoulder, not being suitable for schools, and the wrong way of sitting are effective reasons. 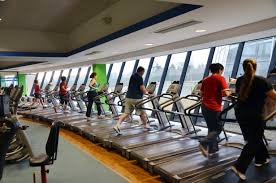 ?Most importantly, image impairment can psychologically affect the person and cause abstinence