Bitcoin and other sub coins tell us that their ending will not be easy. Crypto money is on the rise again.

The current market for Bitcoin, which is around $ 1000 at the beginning of 2017, is around 14-15 thousand dollars. In fact, as I was writing these lines, Bitcoin was experiencing an upsurge of about $ 1000 as a result of significant ups and downs. I do not know what direction this increase will advance, but we have seen that Bitcoin will not give up easily. 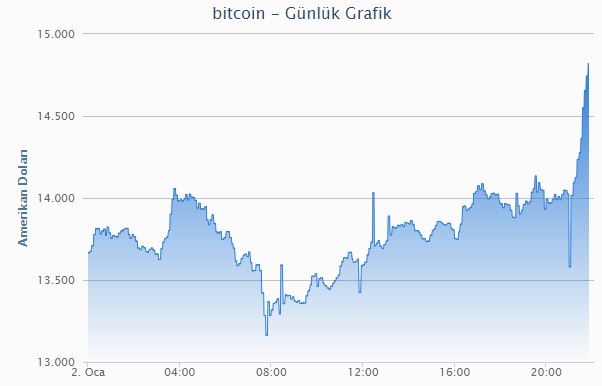 Bitcoin, trading at 14,817 USD as of the moment, dropped all cryptocurrencies with him. When we look at the present lists, we see that all the crypto coins have gone to the same start in the same way. 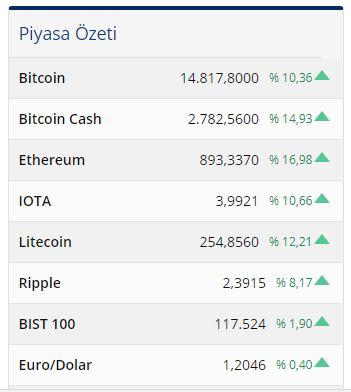 According to the new crypto, the money market is turning back to those days of stunning. Those investors who succeeded in throwing away the excitement and stress of that momentary decline began to turn to the crypto again. Nevertheless, we can see new surprises at an unexpected moment.

According to many analysts, 2018 will be a softer year for the crypto money market than in 2017. Soft ups and downs expected 2018 ‘s performance so far is not likely to be the case, but the real effect will emerge soon.