Reaching the aerial photographs taken in 1919, the researchers photographed the same places again. Aerial photographs show how much ice the Mont Blanc, the highest mountain in the Alps, has lost in the last 100 years.

A photograph taken in 1919 was compared to a new image showing the top of the mountain, revealing climate change. White ice spots were visibly reduced and barren soils appeared. A scientist who used more than one GPS device to find the place in the photograph 100 years ago and hanging from a helicopter with his camera shot in August and released the images this week. The team behind the image said the photo may show almost no ice in 2119 unless a measure is taken to slow down climate change.

Dr. “The scale of ice loss was evident when we reached high altitude, but the change over the last 100 years has been explained by comparing images side by side,” Kieran Baxter said.

Here are the visuals that show the loss of ice in the Alps: 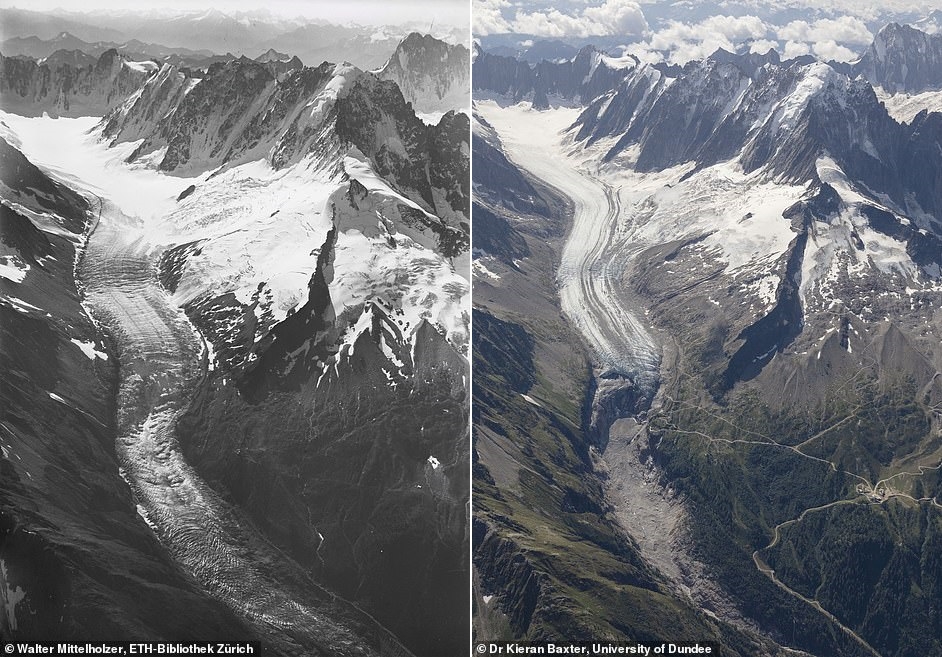 Photographs were taken from the same coordinates as a century ago and recreated by photographer Walter Mittelholzer. Although it is black and white, it is easy to see the difference. Dr. Baxter and his colleague. Alice Watterson used computer maps and the layout of the mountains to find where Mittelholzer was photographing. Then he found a helicopter to revisit the area and recreate the photo. 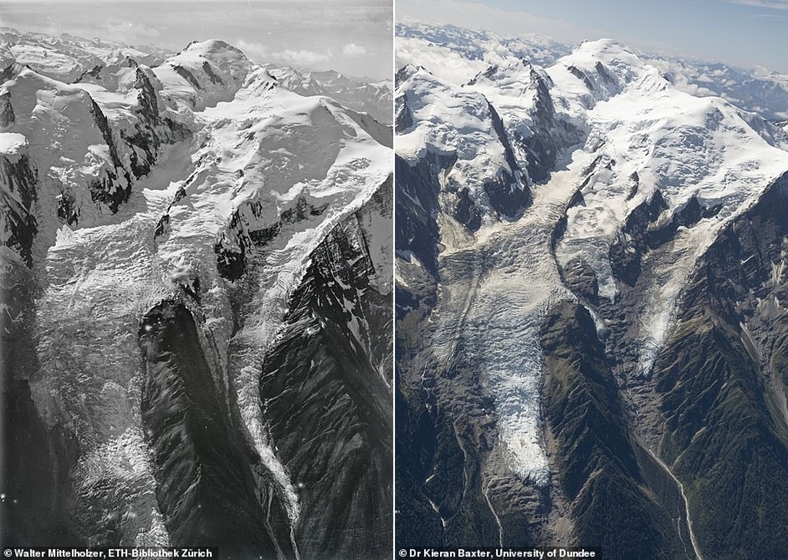 The resulting photo shows the glaciers called Mont Blanc Bossons and Mer de Glace. The change in shading on their surface shows how much ice has disappeared since the end of the First World War.

Dr. Ster Fortunately, the outdoor conditions allowed these repeated aerial photographs to be taken in the centenary of the originals, Bak Bakster said. As long as we do not significantly reduce our dependence on fossil fuels, a small amount of ice will remain in the photograph for another hundred years. ” Researchers say that at the Planpincieux glacier in the Alps, 250,000 cubic meters of ice drift more than 40 centimeters per day, and is at risk of falling into the Ferret Valley.