For Apple’s iOS operating system developed for the iPhone and iPad, we compiled the best practices that were actively used in 2019. In the list, you will find everything from popular applications to their alternatives.

Apple’s iOS platform, which has a closed ecosystem logic, is a platform where developers can make more money than Android and therefore love it more. In addition, there is a more selective publishing policy compared to Android, so different possibilities can be offered.

In the content, you will see both popular applications and alternative applications in the same category. We have 5 applications for you in 5 different categories.

At first, Instagram, a photo-sharing platform, gradually evolved into a social media application used by millions. Instagram with the features of instant interaction, enriched day by day, has become the throne of Facebook. Facebook is no longer the main application that says Instagram is perceived. 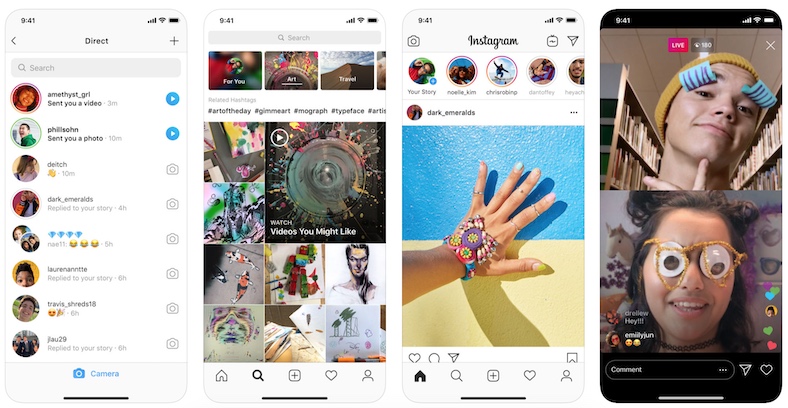 Facebook, which has lost its popularity in recent years, maintains its leadership among social media platforms despite everything. The application has gained a more user-friendly interface with the latest update and now seems to be standing by some groups. Even in the latest updates, it has at least adapted to today’s trends and is one step closer to Instagram. If you use social media for groups and communities, Facebook doesn’t have many competitors. 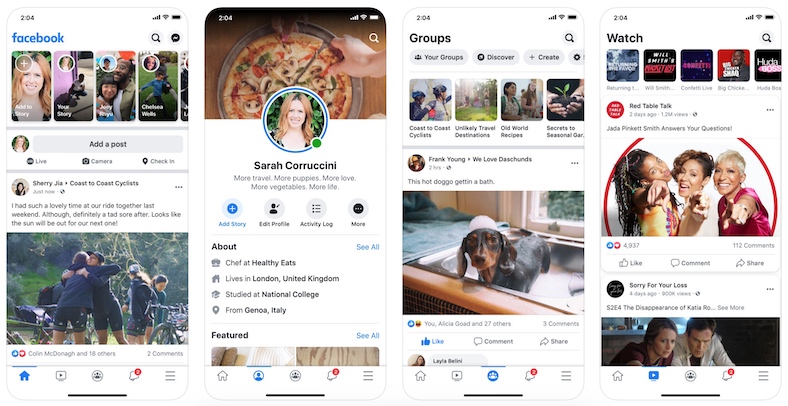 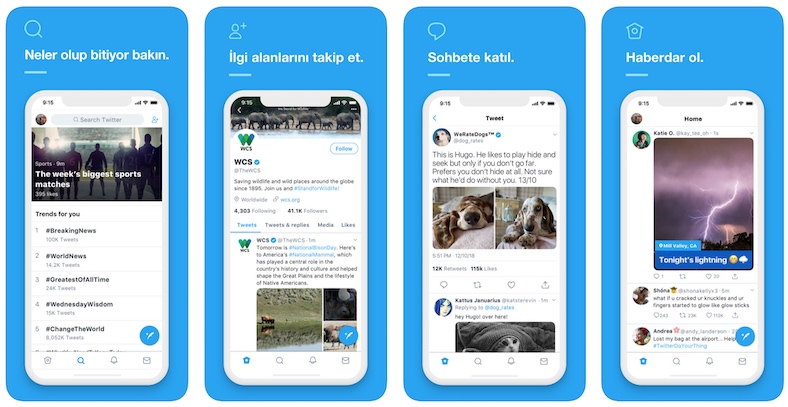 Pinterest, a photo-sharing platform where users produce quality content without the worry of being like, can bring you interesting photos that you won’t even find on Google images. You should give a chance to the application that has such a deep photo archive. 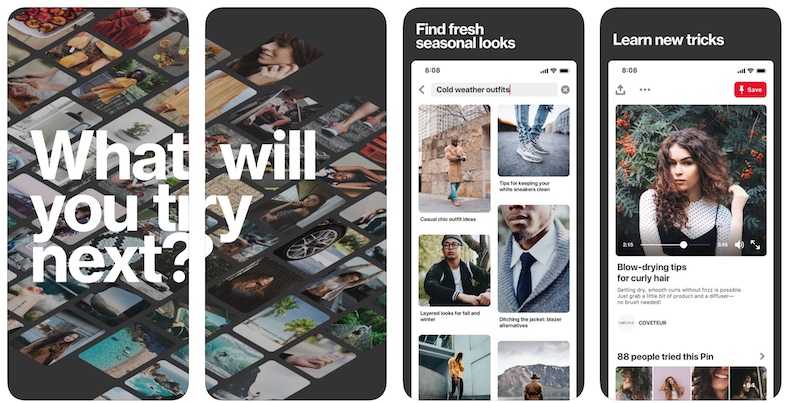 Introducing itself as the “home page of the internet”, Reddit is the starting point of many topics and current that you see on the internet. In particular, we recommend the application for the foreign language only negative aspect for users in Turkey, we can say that it does not offer Turkish language option. With more than 100,000 communities in Reddit, you can access the shares of the communities you’ve joined according to your interests. 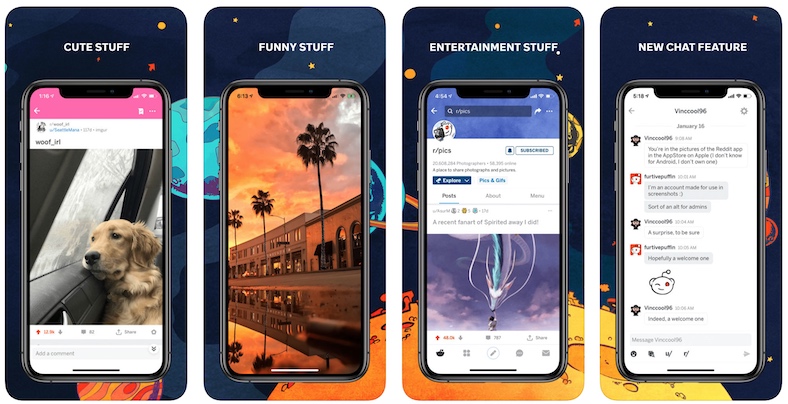 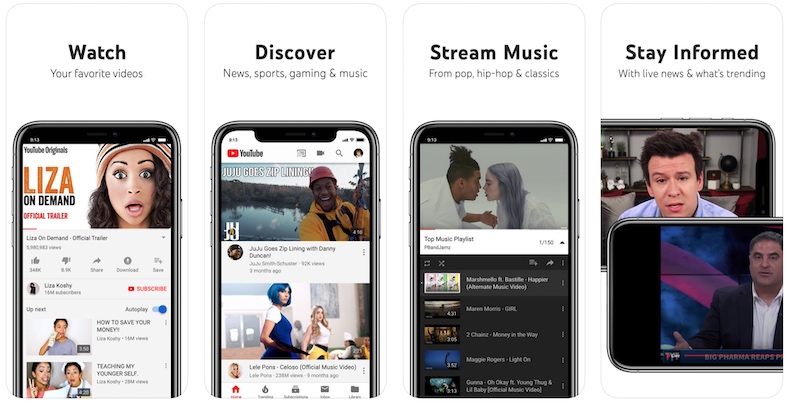 Clips, another application developed by Apple, allows you to create more fun-focused short videos. The application offers a variety of emoji and sticker options, allowing you to shoot three-dimensional selfies using the TrueDepth camera feature available on iPhone X and newer devices. You can find the detailed introduction of Apple Clips here.

Netflix, the biggest competitor in the television industry, brings hundreds of movies and series to its users with paid subscriptions. Netflix, which you can use for free in the first month, offers offline viewing with its mobile application. 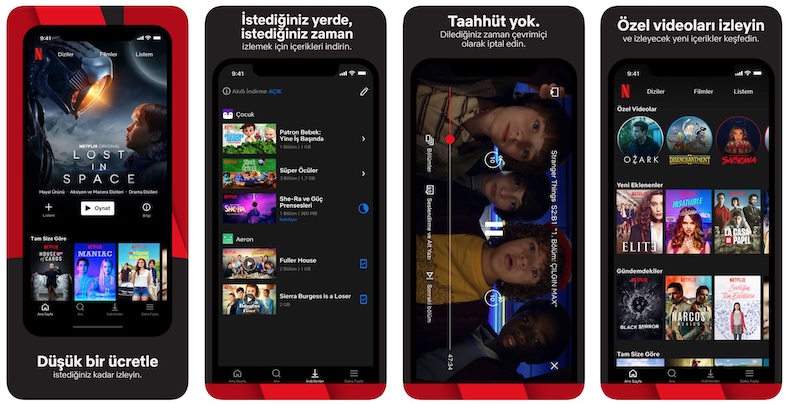 Developed by Instagram and allows you to create timelapse videos Hyperlapse, iOS platform-specific application. The automatic stabilization feature completely eliminates the shake of videos, the application can accelerate your videos up to 12 times. To use Hyperlapse, you don’t need any Instagram membership, you can download the video directly to your device.

GarageBand, one of the best applications in its field for years, is developed directly by Apple. Apple provides tens of instruments with GarageBand; It offers GarageBand on three platforms: iPhone, iPad and Mac.

Apple’s Spotify competitor, Apple Music, has already succeeded in becoming one of the best music apps for iOS devices. Thanks to its iTunes history, Apple Music has never been a problem in terms of music library. 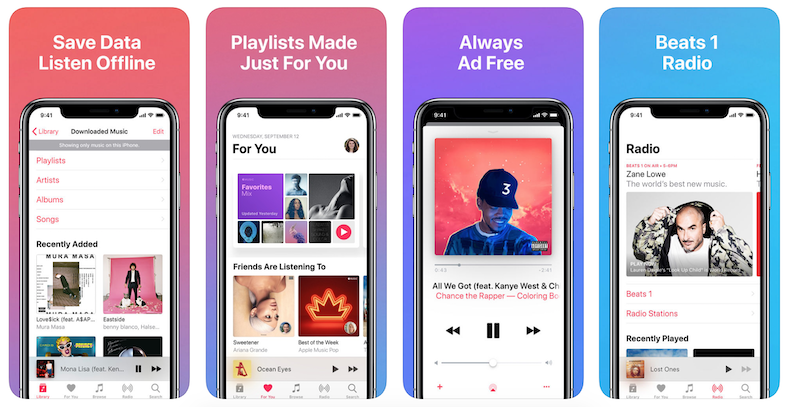 Spotify, which can be called the number one music application in the global sense, has established its hearts in the hearts as it is one of the first applications that brought millions of users and offline listening. Although alternatives such as Apple Music emerged over time, these applications did not prevent them from being alternatives, so Spotify is still the leader. 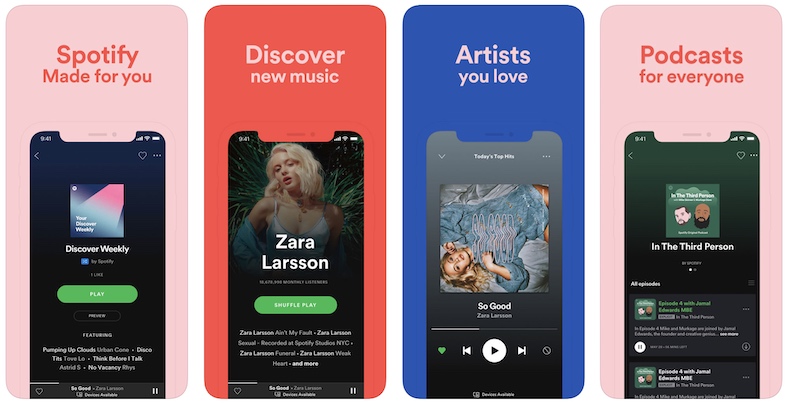 Shazam, the application of the years, started out as a music identification application in the first place and established the throne in the hearts of many users. The application, which has evolved over time, has been purchased by Apple and is now on its way as a much larger music platform. 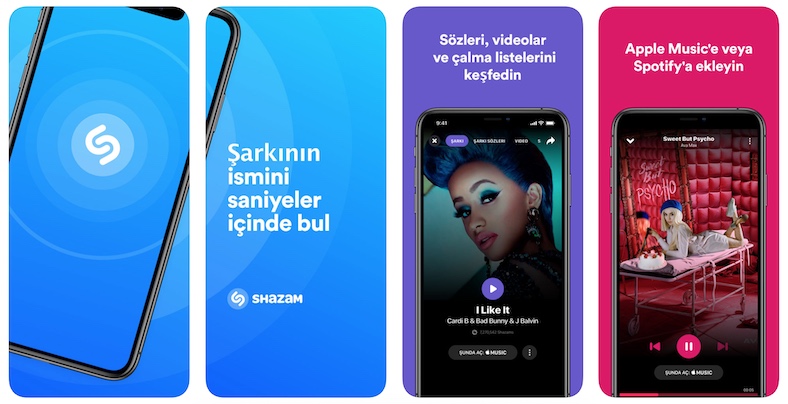 A little different from Spotify, SoundCloud is a standalone platform, where you can find various radio broadcasts as well as great songs you’ve never heard before. 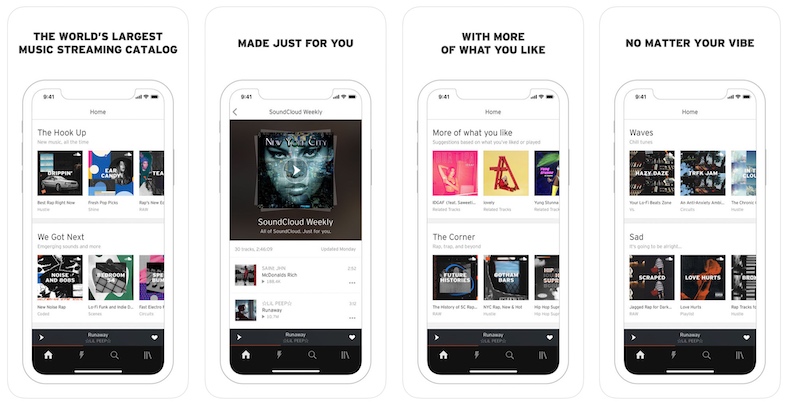 IMessage, which comes with Apple’s built-in Messaging application, is the best way to communicate between Apple devices. You can use iMessage if your message is blue and SMS if you send it in green. 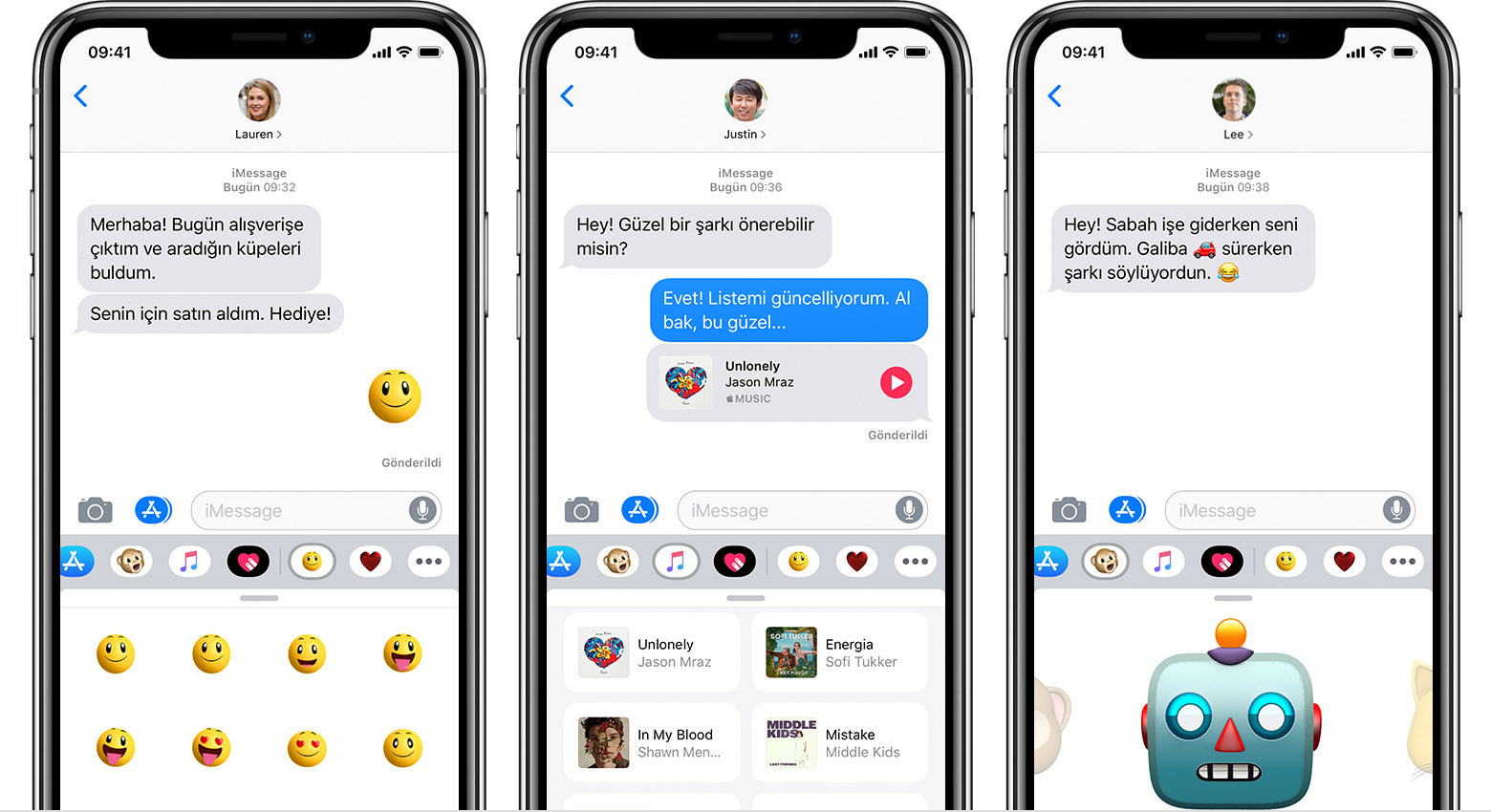 WhatsApp, the most popular messaging application, continues to be used by everyone because it is used by everyone despite problems such as being connected to Facebook and frequent crashes. Although this is a bit of a weird description, many of us can’t leave WhatsApp because we have a fear of not communicating. 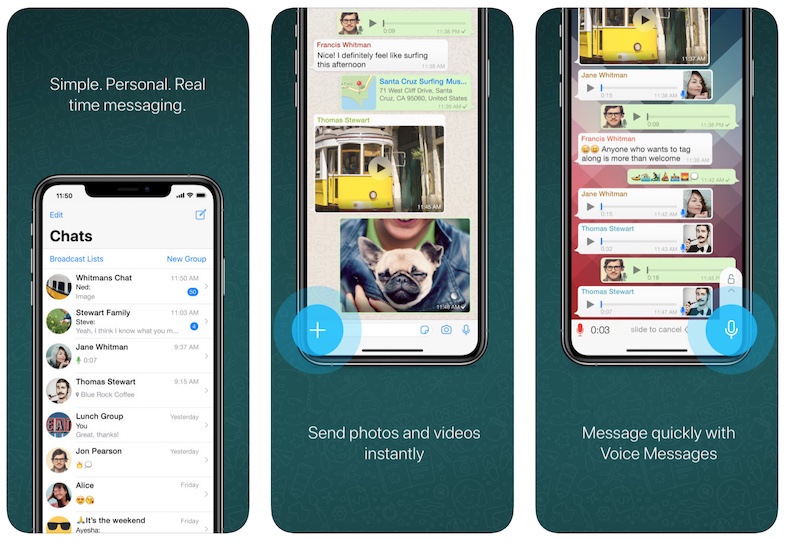 Addressing users who prioritize the security issue, Telegram is a serious competitor to WhatsApp in terms of the features it offers. Telegram offers interesting features such as messaging and changing the message without giving a phone number to the other party, and can also work on desktop platforms without requiring a mobile device connection. 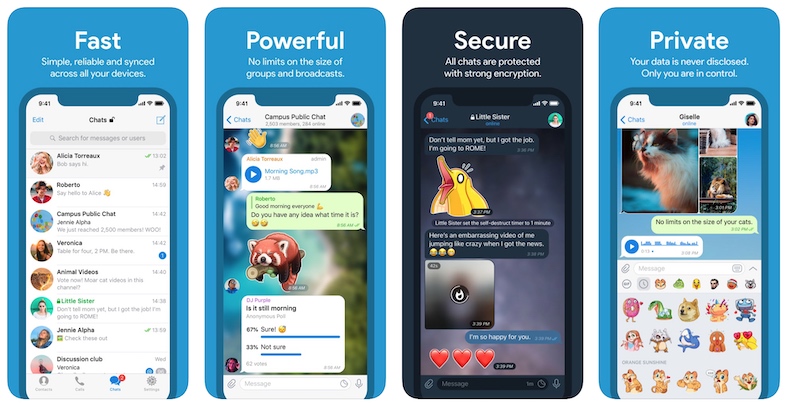 Turkcell’s native messaging application BiP stands out with its services and free internet. In addition to informative channels such as live exchange, various games are also included in the app. 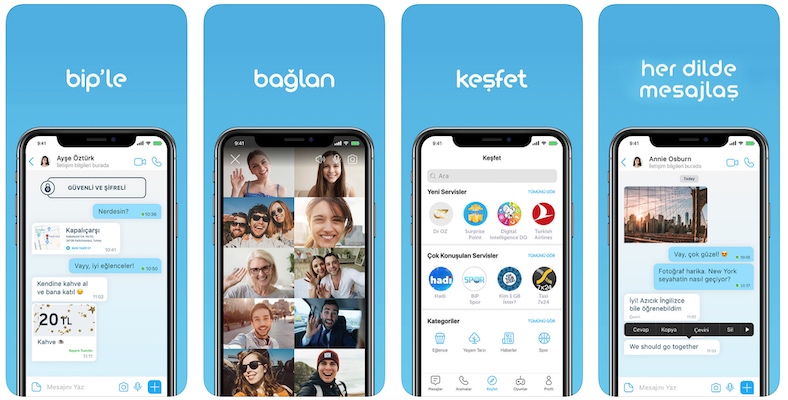 Discord, which cannot be described as a messaging application, is the number one application of the players. Discord, which provides messaging and video or voice communication during the game, adapts to the business life even with its group structure. 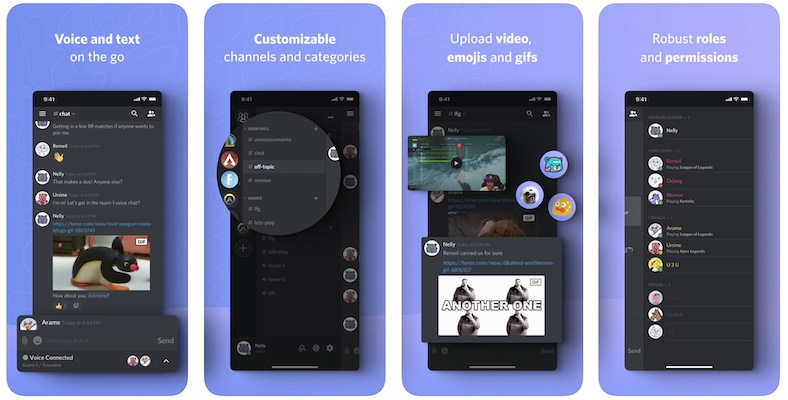 Pixlr, one of the most widely used photo editing applications on the iOS platform, is completely free of charge.

RNI Films offers dozens of filters from real movies free of charge. The developer also has paid applications such as RNI Colibri and RNI Flashback. 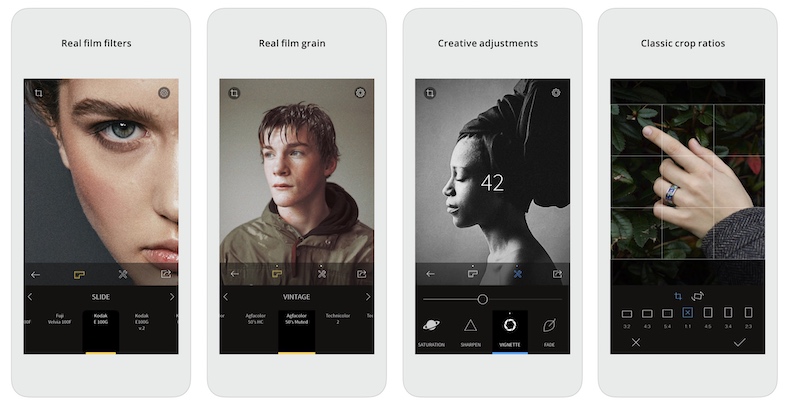 There are many photo editing applications specific to the iOS platform. Another of these is the Darkroom. Some features of the application that offers hundreds of features offered for a fee, but the free version offers quite enough facilities. 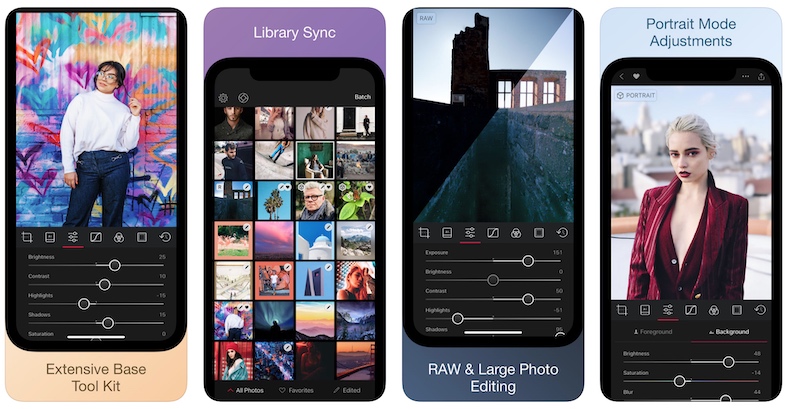 Developed by Google, Snapseed lets you edit professional photos on iOS completely free of charge. The best thing about the application is that it does not sell any features as additional packages. It offers a wide range of light-to-color, portrait mode-specific settings and correction of errors. 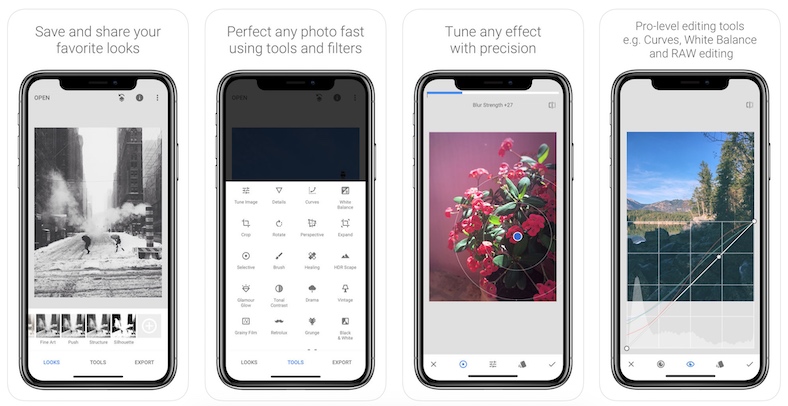 One of the most widely used photo editing applications, VSCO has more effects than the editing feature. VSCO, which cooperates with various photo giants such as Kodak and Fuji, is one of the applications that should be available on your phone. 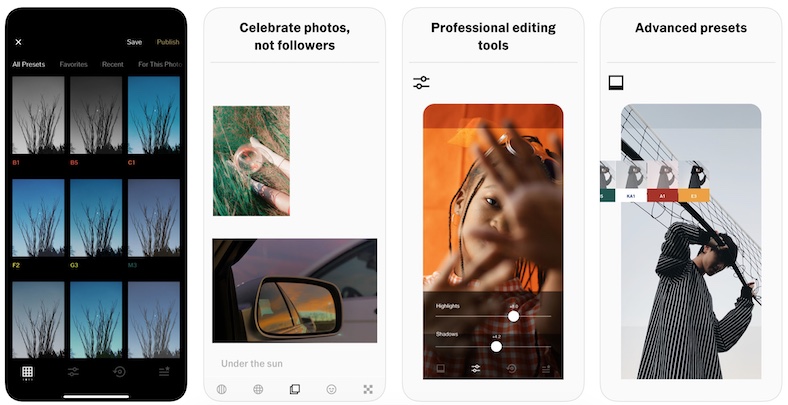