Ever since Asus announced the ROG sub-brand, which is entirely geared towards the needs of gamers, it has set many standards in the gaming equipment market. This situation is not much different with regard to player monitors. ROG stamped monitors continue to attract the attention of gamers with both their lines and the features they offer.

1080p, 2K and 4K monitor options abound in the market today. Although monitors offering 1080p resolution are still advantageous in terms of price / performance, this resolution is no longer sufficient for screen sizes over 27 inches.

On the other hand, the price of 4K monitors is still quite high, and this is one of the biggest obstacles to the widespread adoption of resolution. Another important reason why not everyone can switch to 4K resolution is the required processing power. Playing 4K games at a satisfying speed requires a very powerful graphics card.

At this point, the intermediate resolution, called 2K, remains in a very reasonable position. Not only is the price of 2K monitors much more affordable than the yellow 4K models, it’s also relatively easy to run games at this resolution with the average hardware. Here, the ROG Strix XG32VC model enters this segment by offering 2K resolution on its 31.5-inch screen. 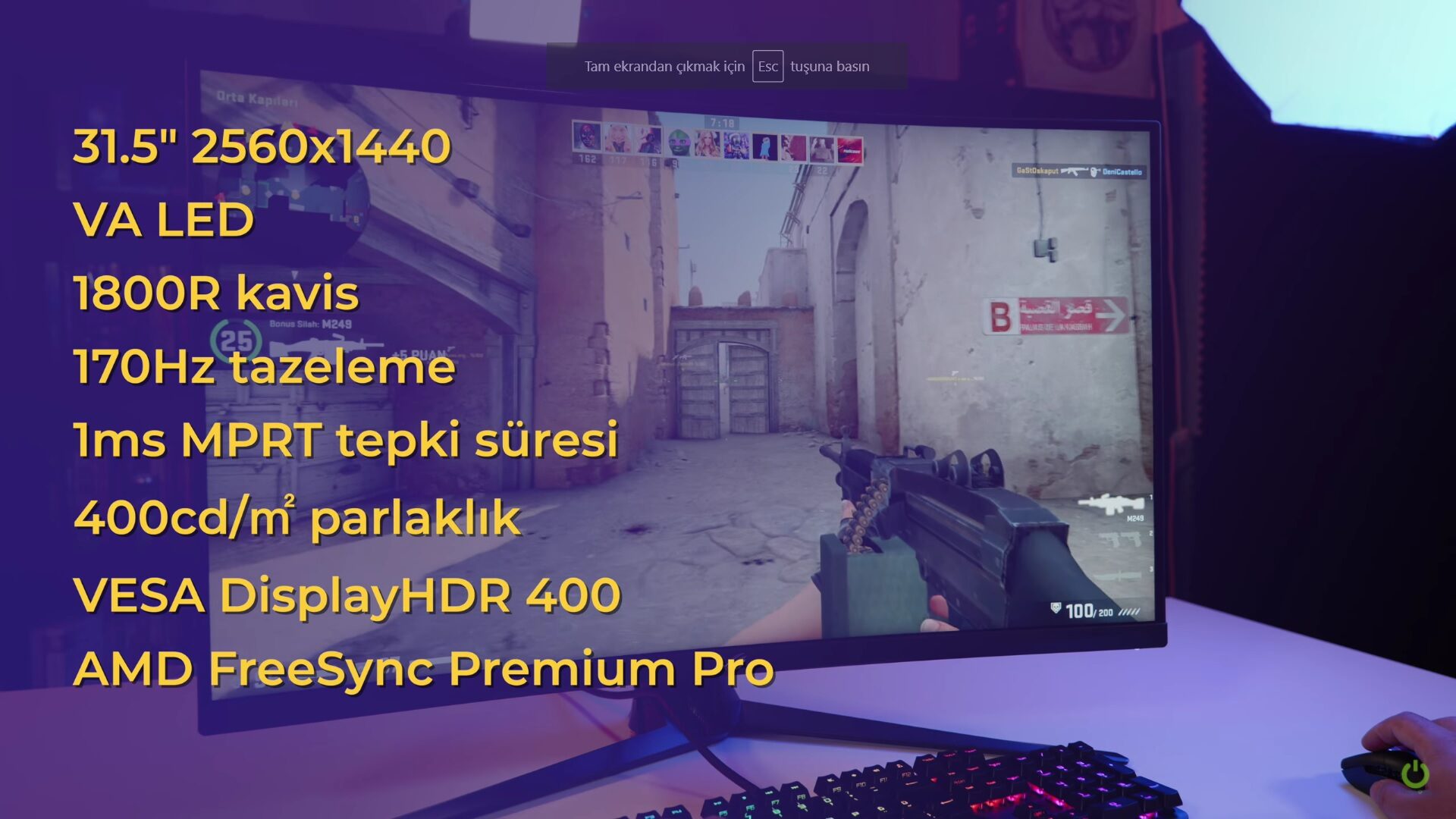 The display panel used in the ROG Strix XG32VC is produced with VA LED technology. This panel type, which has a very high image quality, also allows high refresh rates. As a matter of fact, although this monitor has a 165 Hz screen refresh rate, it can be set to operate at 170 Hz by a single button by the user.

The monitor, which provides a resolution of 2560 × 1440 on a 31.5 inch screen area, also has a curvature of 1800R. When this screen size and curvature ratio are combined, an image that completely covers the field of view of the player appears.

The monitor that supports the VESA DisplayHDR 400 standard can be said to meet the minimum requirement in this respect. However, higher values ​​such as HDR1000 have started to appear on more monitors. 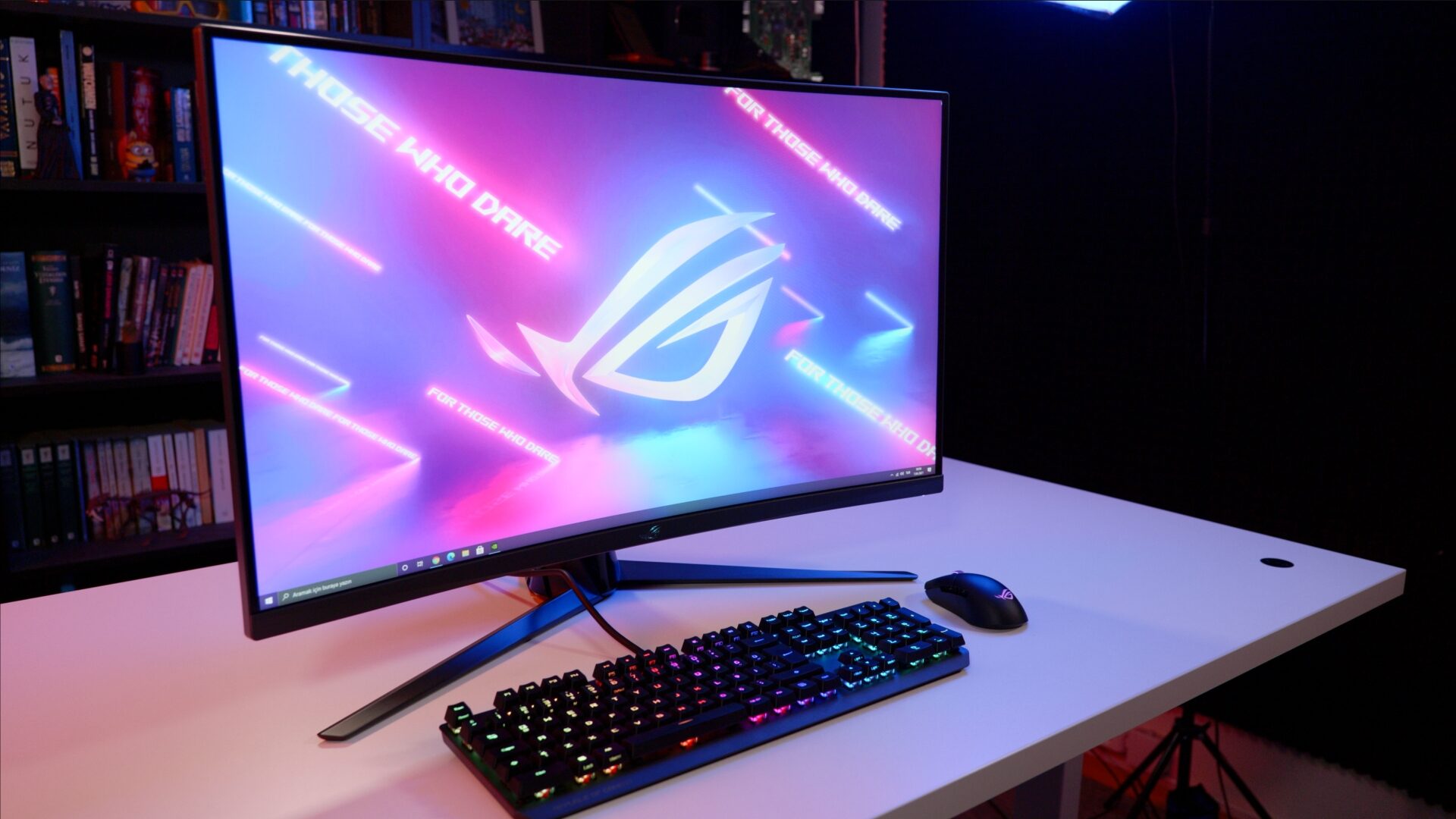 The ROG Strix XG32VC model has the design lines that Asus has standardized on its monitors. The ring-shaped RGB lighting on the back can be controlled by software. RGB lighting, if left alone, displays certain lighting patterns.

It is possible to move the monitor, which has a robust and highly ergonomic stand, 100 mm vertically and 100 degrees in total at the point where it is positioned. The monitor, which sits firmly on the table on this simple design stand, does not vibrate or wobble. 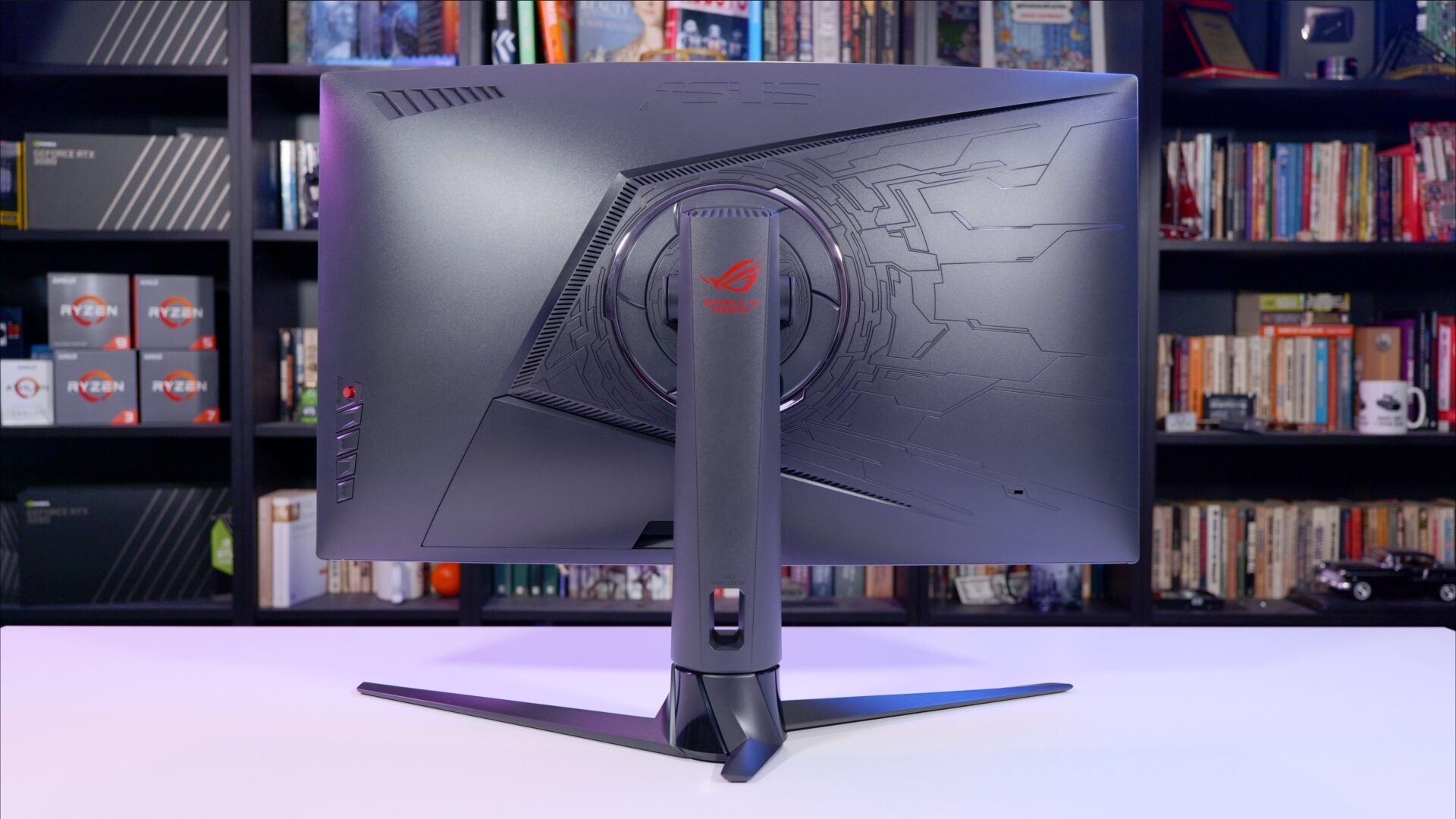 On the back of the monitor are OSD control and menu selection keys in the form of a joystick. They are large and comfortably printed. However, the joystick movement seemed a bit looser and unstable to us compared to previous ROG monitors.

On the front of the monitor, there is only a very clean frame at the bottom. The sides and top are designed as frameless. In this way, it is possible to set up a very large simulator by putting more than one monitor from this model side by side. 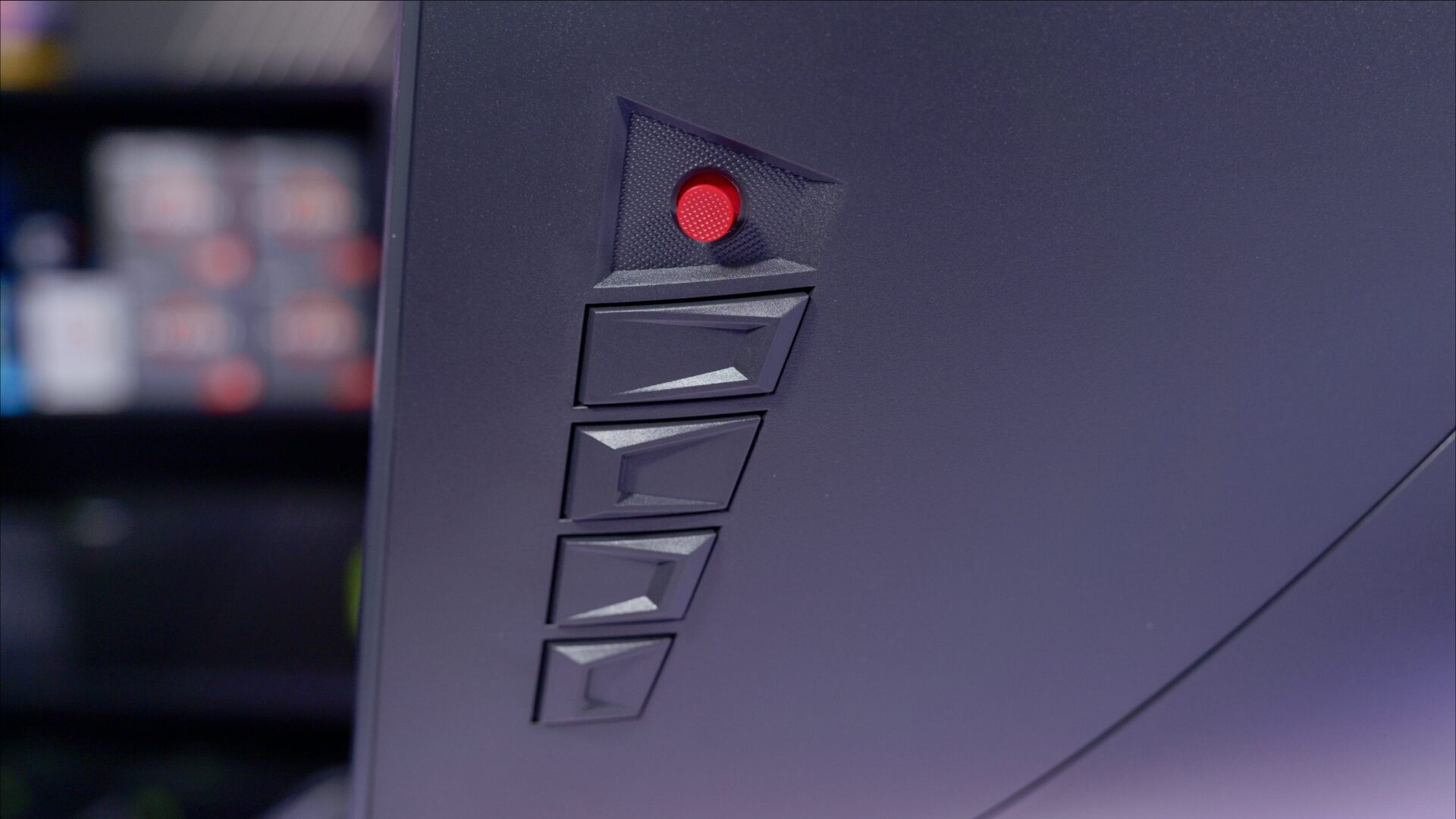 You can see the visual performance of the ROG Strix XG32VC in our video and find more details. In general, we can say that we are satisfied with the performance it offers. It shows its performance well, especially in fast racing or FPS type games.

Asus has also included many important portals that will meet the needs of gamers on this monitor, and it did not save money from here. On the other hand, extra features such as more abundant RGB lighting, headphone hangers, in-case speakers that we encounter in some other monitors are not included in this model. 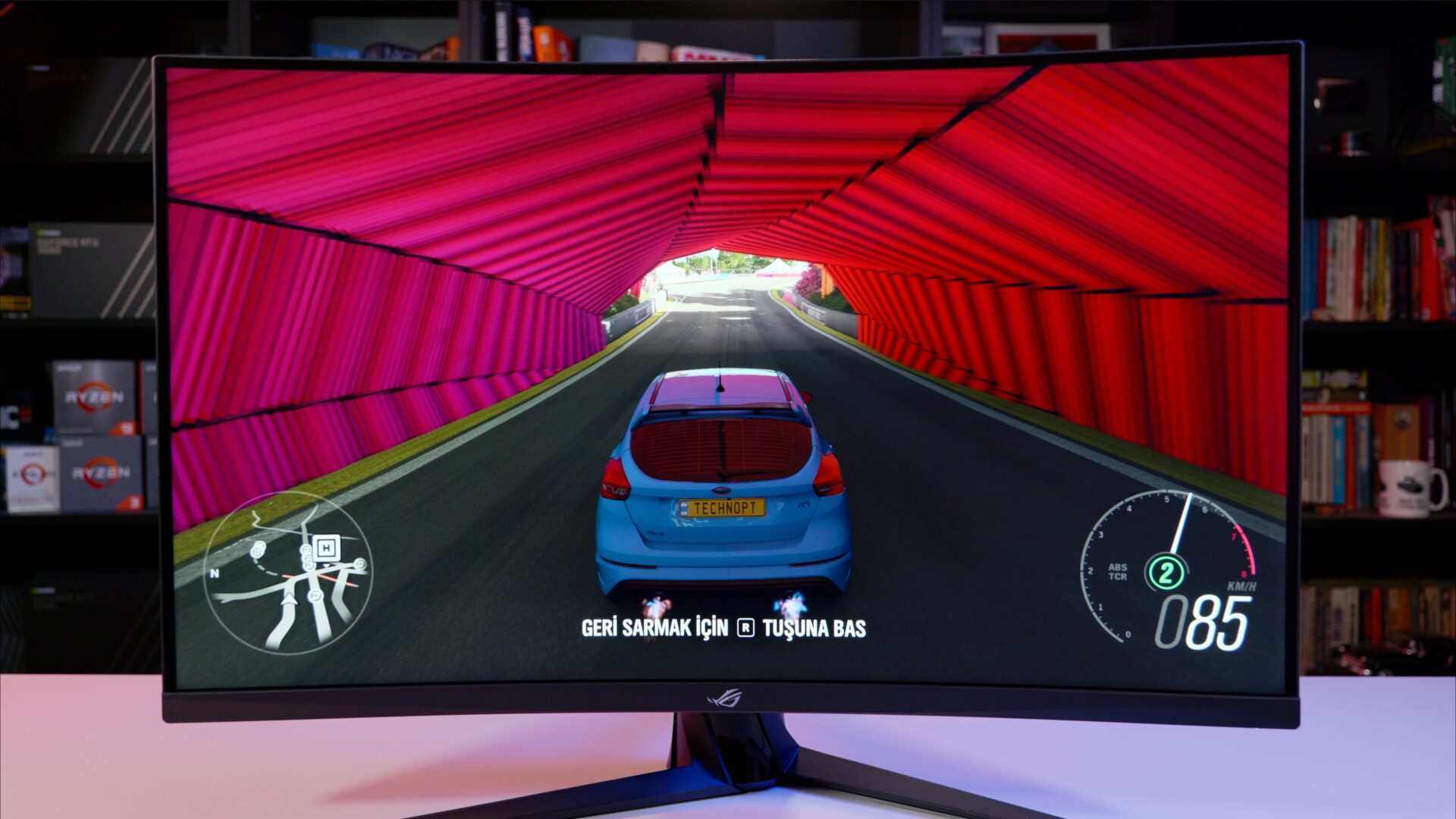 However, the positive reflection of this simplicity on the consumer is due to its highly competitive price. The ROG Strix XG32VC, which can be found at a price of just over 6,000 Dollars at the time our video was released, may not be as cheap as 1080p devices, but we can say that it is in a very good place in its class.

As a result, if you are tired of under 27 ” and 1080p monitors, if you plan to upgrade to a more pure and serious gaming monitor, we recommend adding the ROG Strix XG32VC to your comparison list.

For detailed product information, you can find the official ROG site here.