ROG is not leaving anyone behind as it shapes the trends of the future with this year’s wide range of gaming products. Many first-of-its-kind products that result from this approach raise the bar even higher. Known as the best router brand in the world of connectivity products, ASUS is determined to maintain this title with the world’s first quad-band AXE16000 WiFi 6E gaming router, the ROG Rapture GT-AXE16000. To deliver gaming-grade images, ROG developed the world’s first 360Hz gaming monitor two years ago. Now, the world’s first 360 Hz display with 1440p resolution continues to lead the way with the ROG Swift 360Hz PG27AQN. Taking full advantage of OLED displays, ROG is also launching the world’s first 42-inch and 48-inch OLED gaming monitors with Micro Texture coating, the ROG Swift OLED PG42UQ and PG48UQ.

Befitting ROG, the launch event turns into a brand new experience with the ROG Citadel XV, co-developed with Aim Lab and updated exclusively for CES 2022. This year’s edition uses the theme of FPS games with a brand new story, new characters, improved graphics and new minigames. The impressive map, which was 18 times larger than the previous version, has special surprises and so much to discover. Entering an arsenal of next-generation ROG gear, attendees can explore all the innovations and products introduced at CES 2022 in a virtual environment they know and love.

Preferred by more than 20 million players all over the world as an educational platform, Aim Lab uses performance data to help players get better at their favorite games. The ROG – Aim Lab collaboration that started with ROG Citadel this year; It will also include co-developed player products, hardware and software integrations, and synchronization of in-game interactive lighting ecosystems. With potential innovations to be developed in areas like this, players will be able to get better experiences together.

ROG Fusion II 500 gaming headset offers users unrivaled sound quality in games with the high-resolution ESS 9280 with Quad DAC™ technology. Offering immersive virtual 7.1 surround sound, these headphones create powerful bass and realistic sounds with 50mm ASUS Essence drivers. In-game communication is also on the upswing thanks to industry-leading AI-Assisted Noise Cancellation and AI-powered Beamforming features. The in-game chat volume control feature on the Fusion II 500 allows gamers to clearly communicate with their friends in the most exciting moments. Compatibility with computers, Macs, PlayStation®, Nintendo Switch™, Xbox and mobile devices is ensured thanks to the 3.5mm audio cable as well as USB-C® and USB-A connections. Fusion II 300; It’s exactly the same as the Fusion II 500, except for the 3.5mm connection and in-game chat volume control.

Comfortable and light, the ergonomic ear cushions on the Fusion II series headphones fit the ear perfectly. Both models offer exciting and unique customization options with RGB lighting in over 16.8 million colors.

The ROG Strix Flare Animate II gaming keyboard is the first keyboard to feature an AniMe Matrix™ LED display. Users can reflect their own style in a unique way with personalized images and animations on this screen. This stylish keyboard has metal media keys and volume controls in the upper left corner. There are also extra features such as a removable ergonomic wrist rest and a built-in light diffuser.

The Chakram X wireless gaming mouse is the first model to feature the ROG AimPoint sensor. Developed by ROG, this optical sensor takes speed and precision to a whole new level with 36,000 dpi and a true query rate of 8,000 Hz. The AimPoint sensor offers unrivaled accuracy, with a 1% loop-per-instruction deviation well below the industry average of 3%. The sensitivity level of the sensor can be adjusted with the DPI button on the bottom of the mouse or with the wheel while playing games. Chakram X; It has three different connection modes with wired USB, low latency 2.4 GHz RF and Bluetooth®. 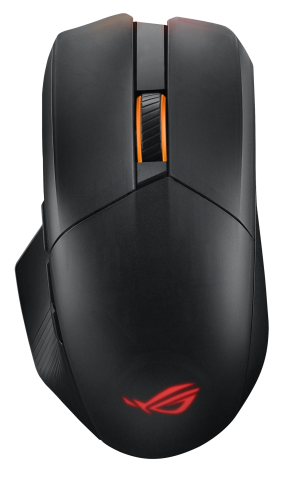 The new concave joystick design in the Chakram X offers a more comfortable grip and use than the previous model. This joystick, which provides users with game controller level control, can be used in either analog or digital mode. All four buttons can act as A, B, X, Y buttons. The left and right mouse buttons on the top offer fast response and a comfortable touch feeling with their articulated mechanism. The updated Push-in Sabidollarsenen Switch Slot II design now allows both 3-pin and 5-pin optical switches to be changed on-the-fly. Thus, players can adjust the click power according to themselves and extend the life of the mouse.

Screwless magnetic top cover and buttons; It provides easy access to keys, customizable logo and wireless RF receiver slot. With its 100% PTFE mouse feet and ROG Paracord, Chakram provides smooth and uninterrupted movement even while charging. It is also possible to charge the rechargeable battery with USB or wireless Qi.

Unlike other OLED displays, ROG Swift OLED series monitors feature a new anti-reflective Micro Texture coating on the panel surface. Thanks to this coating that reduces glare, users can see the nedollarseries on the screen more accurately. With this display, it also optimizes heat dissipation thanks to a unique thermal solution consisting of a special heatsink and internal array designed for airflow. This system puts the operating temperature below 50˚C (up to 16% lower than competitive models) while still offering 900 nits of maximum brightness.

ROG Swift 360Hz PG27AQN NVIDIA G-SYNC® esports monitor uses NVIDIA Reflex technology. This model, which has the world’s first 1440p, 360 Hz screen, offers a competitive advantage by not compromising on crystal-nedollarsic images and ultra-high speed. Equipped with ultra-fast IPS technology, it has an extremely fast response time for an LCD monitor. This technology takes advantage of a new type of liquid crystal with higher birefringence and lower viscosity. Thus, the light can be switched on and off faster and the light in the backlight is reflected. Specially aligned liquid crystal molecules for higher efficiency improve speed and response time. 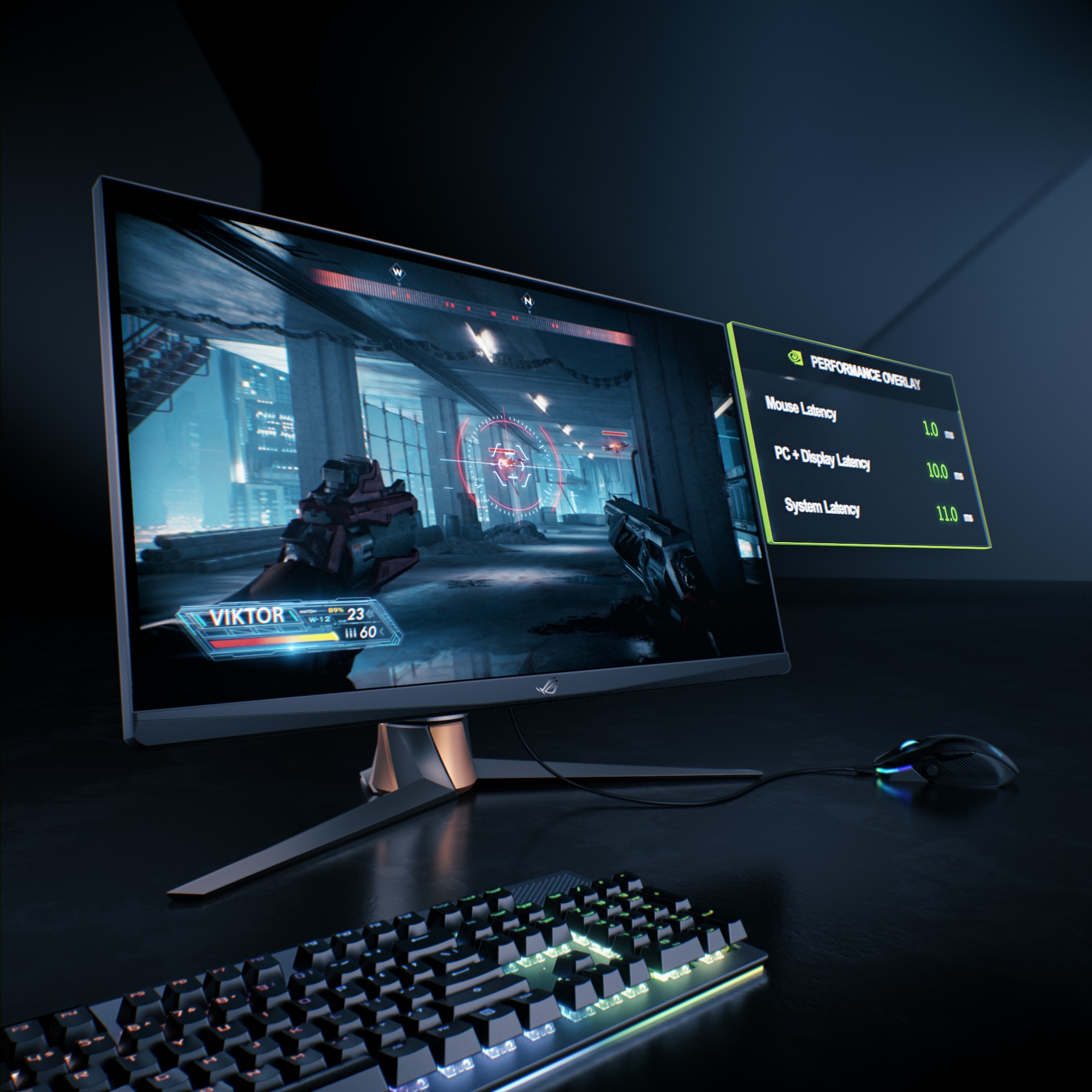 Conventional displays have a single-layer voltage driver to switch the liquid crystals on and off from the upper-left corner of the display to the lower-right corner. ROG Swift PG27AQN has a dual-layer voltage driver for this. Thus, the liquid crystals open and close at the same time from the upper left to the lower right corner. This makes the images more fluid and consistent.

Using NVIDIA G-SYNC technology, the PG27AQN provides extremely smooth images and responsiveness thanks to variable overclocking. This makes the monitor perfect for games with intense competition. The NVIDIA Reflex Analyzer tool also gives the opportunity to measure the end-to-end latency of the system when used with a mouse with NVIDIA Reflex.

ROG Rapture GT-AXE16000 is the world’s first quad-band Wi-Fi 6E gaming router. ASUS engineers were able to exploit the full potential of the four bands (2.4 GHz, two 5 GHz and 6 GHz). They achieved the highest speed on the 160 MHz channels in the 5 GHz and 6 GHz bands. The flagship next-generation Broadcom WiFi chipset and processor in ROG Rapture GT-AXE1600 increase maximum network performance by 18%, enabling lightning-fast data transfer and optimal gaming experience. Along with ASUS RF technology and other ASUS-exclusive technologies, RangeBoost Plus WiFi leverages ASUS’ advanced features to extend signal range and coverage by up to 38%. 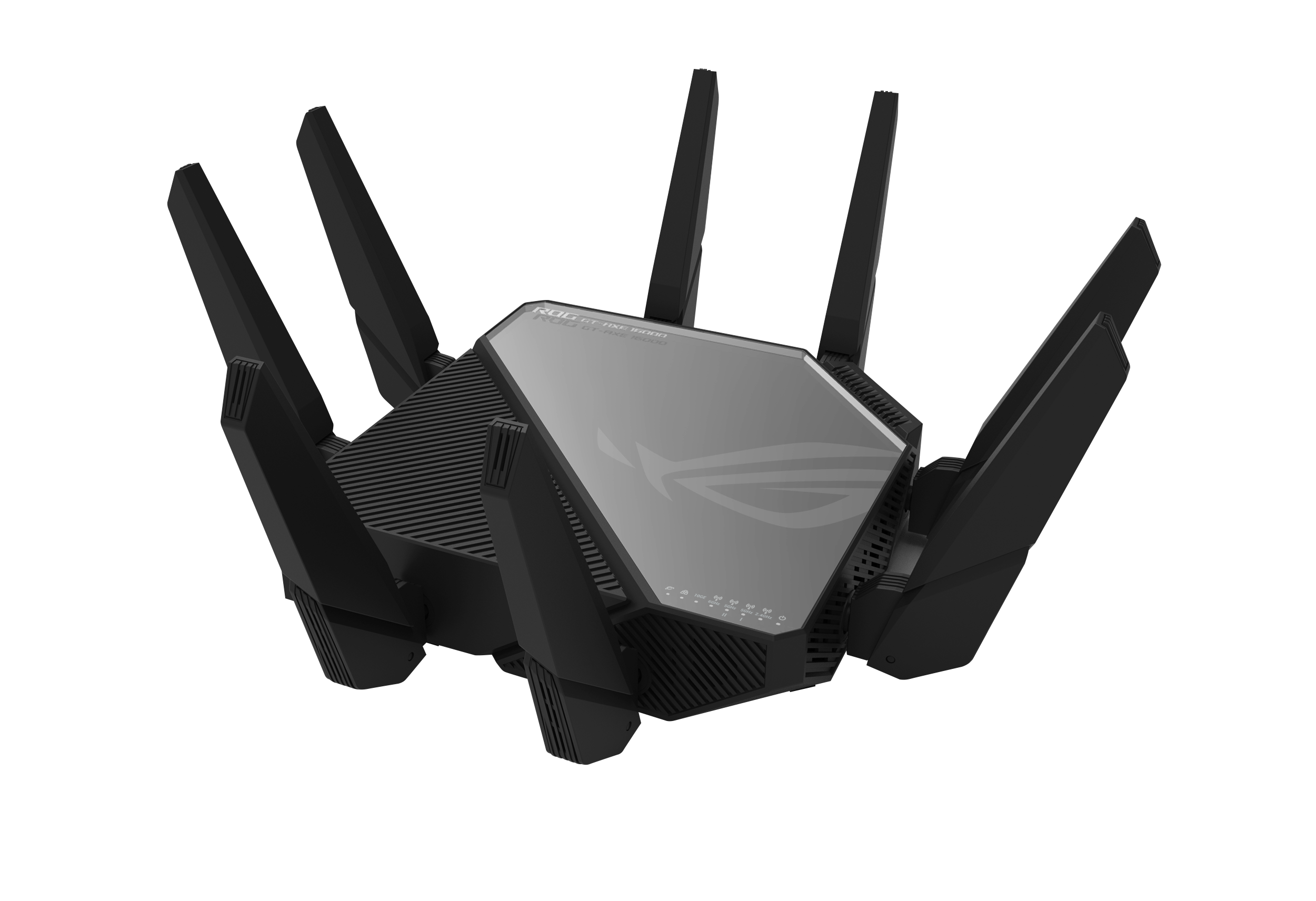 The Rapture GT-AXE16000 has many connectivity options, including two 10 Gbps ports, one 2.5 Gbps WAN port and four 1 Gbps LAN ports. The quad-band feature of Rapture GT-AXE16000 gives users more options for AiMesh system. Users with WiFi 6E devices can use one of the 5 GHz bands for a background connection to the central router. So it’s up to the other tri-band device connections. It is also possible to use the 6 GHz band for background connection with another WiFi 6E router. Thus, a clearer and faster transfer between routers can be achieved, and the most appropriate network system experience can be obtained.