We mentioned that chip sales could reach up to 430 billion units in total this year. Semiconductor manufacturers, on the other hand, are aggressively expanding their capacities and constantly purchasing new equipment.

Demand for lithography tools is stronger than ever. ASML, the world’s largest manufacturer, warned that only 60% of orders for deep ultraviolet (DUV) lithography machines can be fulfilled. ASML CEO Peter Wennink said on the company’s quarterly conference call with analystsdollarser and investors:

“ Although the current macro environment creates uncertainty, we believe key growth drivers remain intact. We continue to see unprecedented customer demand across the entire range of market segments, from both advanced and mature operations. We are operating at maximum capacity and expect demand to exceed supply next year. We can only ship 60% of DUV demand this year. ” 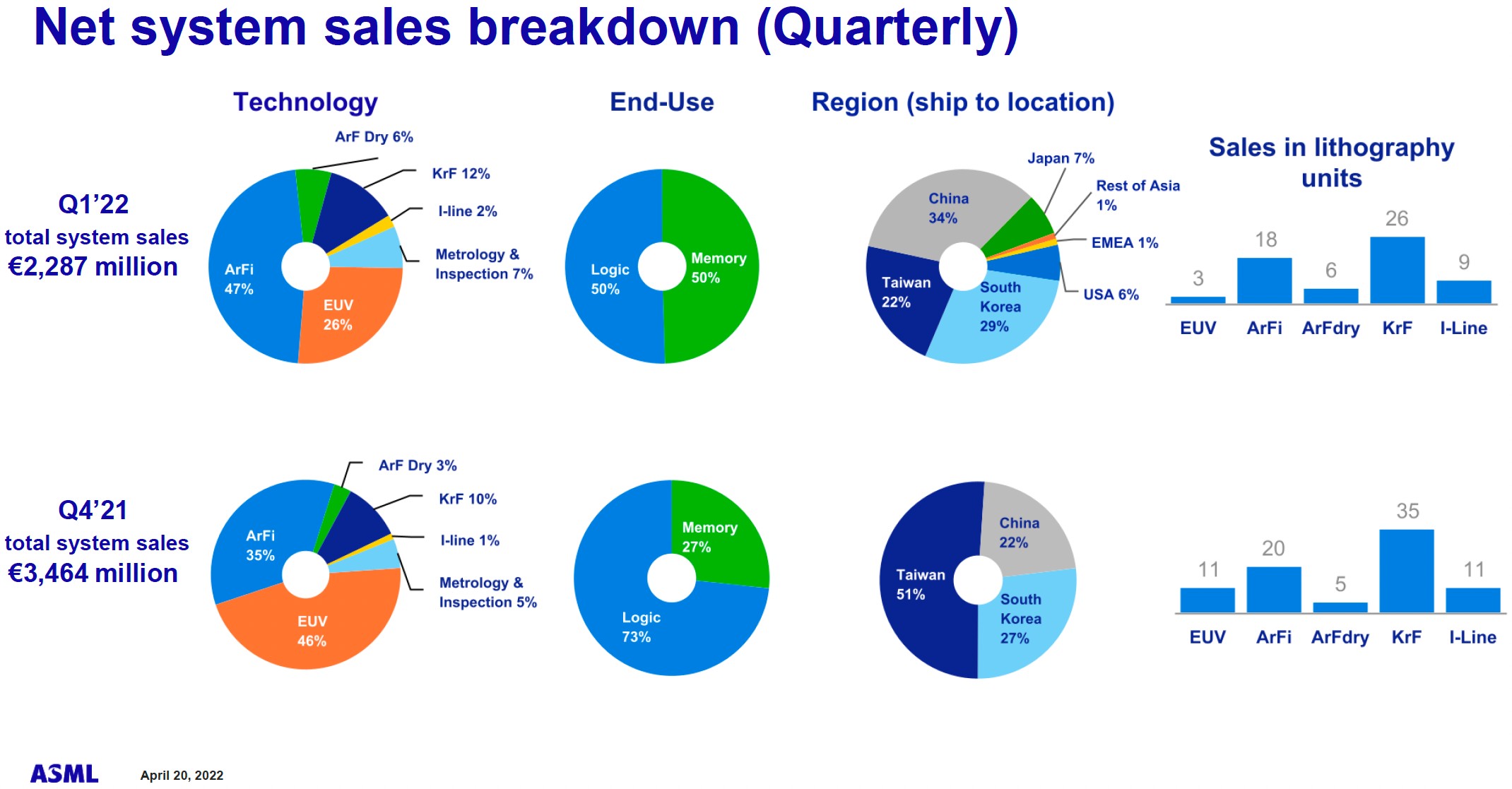 ASML plans to ship 55 extreme ultraviolet (EUV) scanners and approximately 240 DUV scanners this year (about 14 EUV and 60 DUV machines per quarter) is planning. On the other hand, the backlog for DUV scanners is currently over 500 units. By the way, the product lead time for a new DUV machine is about two years.

The Dutch company is working to increase its production capacity to 90 EUV 0.33 NA systems and 600 DUV systems by 2025. It also plans to provide about 20 EUV High-NA (0.55 NA) system capacity in the medium term.

Without enough lithography scanners (and thus production capacity), chipmakers will continue to under-supply in the coming quarters. ASML also reported net sales of €3.5 billion and net income of €695 million for the first quarter of 2022.