Today, going out alone, especially at night, in many countries for various reasons can increase the risk of facing various dangers. Unfortunately, America is also among the countries where there is a fear of going out alone at night. Countries with such fears are also an indicator of how safe people feel in their own country .

So, what kind of a graph does this reveal in the Asian continent? The map below, prepared by Landgeist with data from Numbeo -2021 , reveals the countries in Asia where people feel safest to walk alone at night. 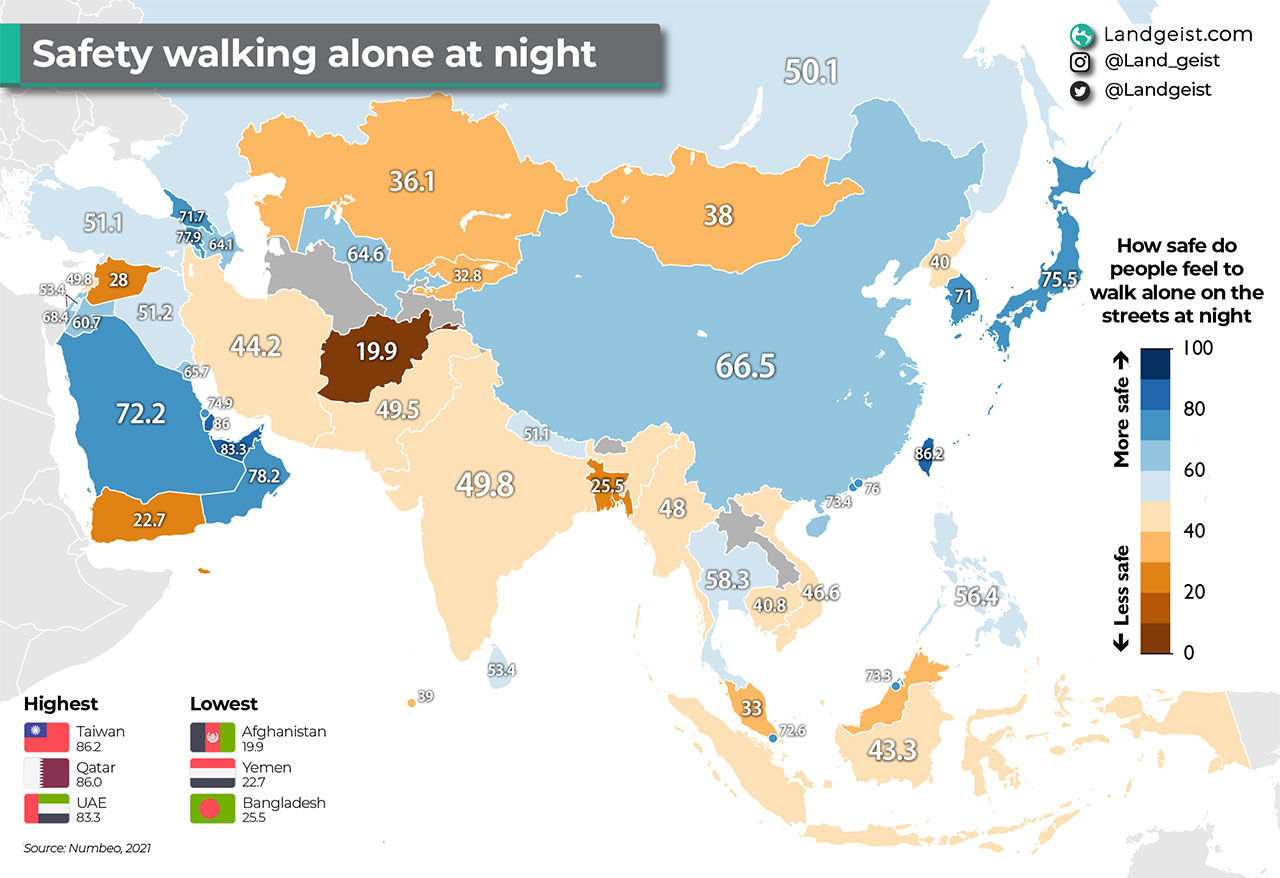 According to the map above, the country where people feel least safe walking at night , according to the answers given by the participants, with 19.9% ​​ Afghanistan . The countries following Afghanistan are Yemen with 22.7% and Bangladesh with 25.5% . The countries where people feel the most safe are 86.2% Taiwan , 86% Qatar and 83.3% United Arab Emirates . 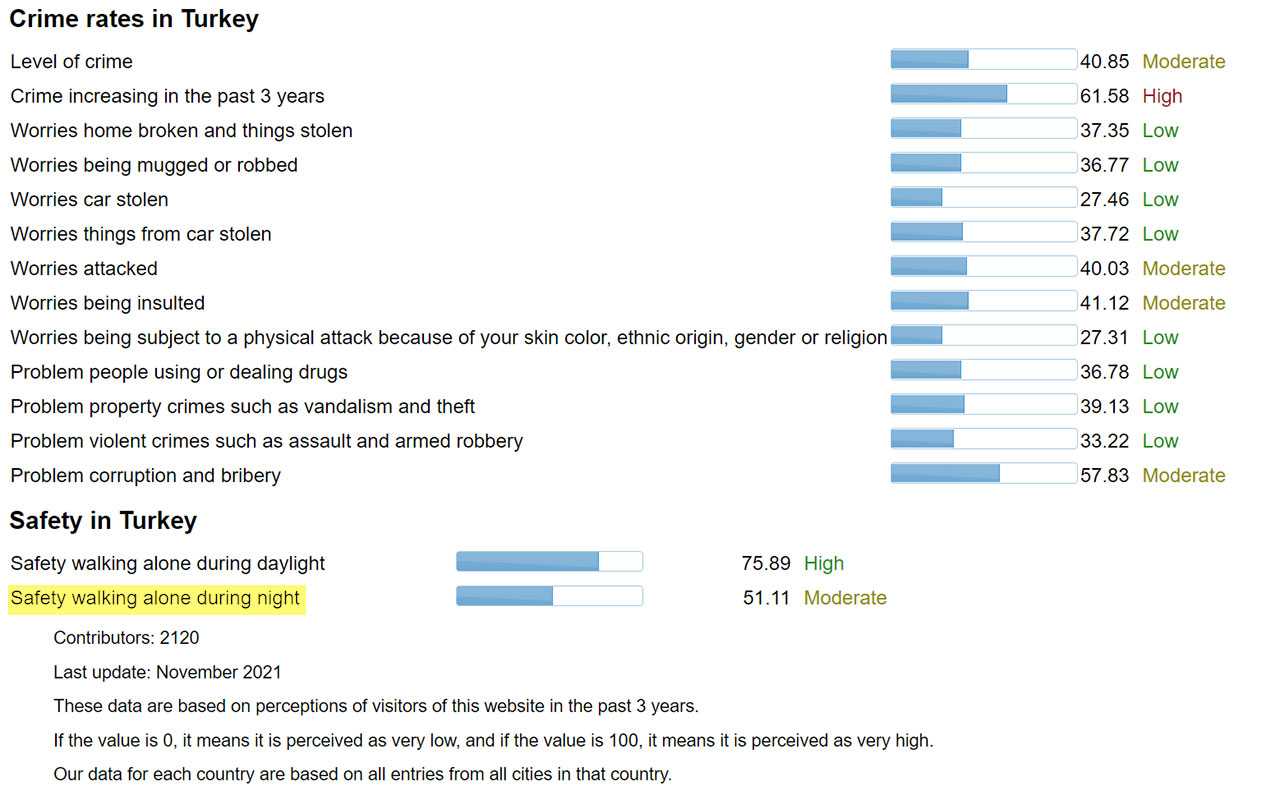 According to the responses of 2,120 people in the last 3 years, in data updated this month, people in America, finds walking alone at night 51.11% safe. One of the most prominent concerns in America is being verbally abused with 41.12% . After that, the biggest concern is being attacked . At the top of the list of crimes of least concern is the concern of being physically attacked because of skin color, ethnicity, gender or reason.