The use of many drugs and stimulants has been prohibited since the early 1900s. However, there is no law regarding the possession of photographs of these items. What about NFT? That might be a bit of a problem.

Social media giant platforms have declared war on an artist who sells ‘cocaine’ in NFT form. Although it is not forbidden to post about such substances on platforms, cocaine turned into NFT was taken very seriously by Instagram and Twitter. As a result, the work named “a ToN ofF coke”, has been removed from sites many times.

If he shares it again, his account will be deleted 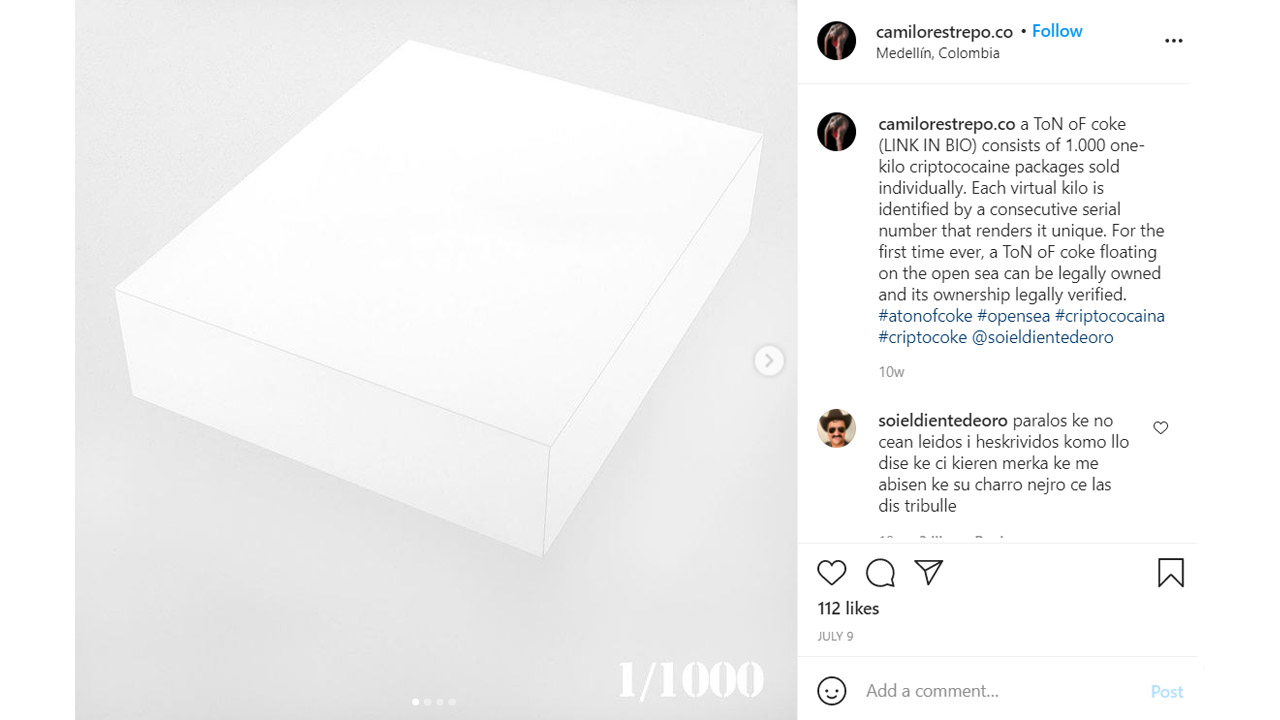 Colombian artist Camilo Restrepo put up for sale months ago his cocaine NFT, which is in a block and you might not know what it is if it’s not specified. From those who see the artist’s work ” what kind of immorality is this”. There were no threats from other drug dealers or a warning from the police. But virtual cocaine will be the red line of Instagram and Twitter, posts sharing NFT has been repeatedly deleted.

When you look at it, you see a white box placed on a gray background, not only has it been removed. Restrepo’s profiles also received a ban warning. The reason for the ban warning and post removal from Instagram, “sale of prohibited or controlled products” happened. Stating that the sale of such items is carried out with cryptocurrencies and inspired by this, Restrepo used the following statements against the persistent censorship of social media platforms: I guess algorithms can’t tell the difference between crypto substances and real drugs.”